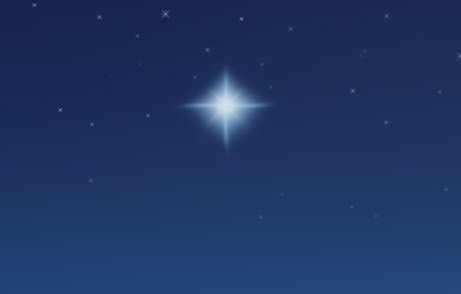 “And it came to pass in those days, that there went out a decree from Caesar Augustus, that all the world should be taxed.”

Those are the opening lines from the Christmas story according to St. Luke, as written down by the team of scholars working under the direction of King James of England 500 years ago. Different translators have used different phrases over the centuries, but the frame for telling this story has always been taxes.

The Roman Empire wanted to make sure everyone paid their taxes, so Rome required its subjects to return to their towns of birth to sign into the national registry as part of a census, which allowed the keepers of the treasury to know who had paid and who had not. And that’s how Jesus got to be born in Bethlehem.

In California, we face a different dilemma. For decades now, the Republicans in the Assembly and state Senate have refused to increase tax revenue. One governor or another, whether Democrat or Republican, has tried to figure out some trick to make the budget balance. Some borrowed. Some shifted budget items to bonds. Some papered over the gap between revenue and spending with fake savings or exaggerated income. They’ve all made cuts to schools, child care, children’s health and expenditures on low-wage home-care workers. They’ve all postponed expensive issues that could wait – rebuilding levees, fixing roads, investing in rail.

Now the state has a super-majority of Democrats. No Republican minority can hold the state hostage to its anti-tax ideology of no new or increased taxes – at least for the next two years. Democrats actually have the opportunity to fix the situation for the long haul. Whether they do it will depend on people pushing them into it.

As might be expected, Democrats are already trying to avoid the issue. Some say that passing Proposition 30 — the governor’s initiative on November’s ballot — fixed it even though that law is short-term and includes a regressive sales tax increase that hurts the poor disproportionately. Democrats also worry they will be tarred with the dreaded “tax and spend” label – which can be devastating at the polls in marginal districts. Then too, the party leadership is terrified it will lose power. But sooner or later it will anyway, because super-majorities never last – so they might as well fix this mess now.

They should seize the opportunity to impose some new taxes that the Republicans wouldn’t. An oil depletion tax should be first on the agenda, even though the oil companies will scream. Let them. California should not be the only state that produces oil without taxing its diminishing supply as a natural resource, and if companies can make money drilling marginal wells in other states that include the tax, why not here too?

Next on the list should be a use tax on yachts purchased out-of-state. Just like buying a car in a non-sales tax state (such as Nevada) requires a use tax to register it here, Californians who are rich enough to buy a yacht in Oregon or Mexico ought to pay a use tax for it. This notion actually passed legislative committees a while back, but was killed on the floor by Republicans.

Of course legislators should make some of Proposition 30’s changes permanent, such as increased income taxes on the rich. They should also decrease the sales tax to make it fair for low-income people who unduly feel the burden of it. Legislators must also establish a new rate formula for the auto license tax. It should take into account both the cost of the vehicle and its size, because we know that SUVs and pickup trucks cause more road wear than smaller, light-weight vehicles, and they emit more pollutants and use more fuel. These revenue policies will require both more reflection and more courage because they are complicated and controversial.

But why not focus on taxes, especially if you can get a baby Jesus out of the mess, as happened in the Roman Empire? Of course, the followers of Jesus ultimately made the empire’s rulers even more discomforted. On the other hand, the rise of a pan-empire religion also led to the flourishing of Western Civilization, which was not such a bad trade-off. California should do as well.

Hotel Worker Says: Put Me on Hyatt's Board!