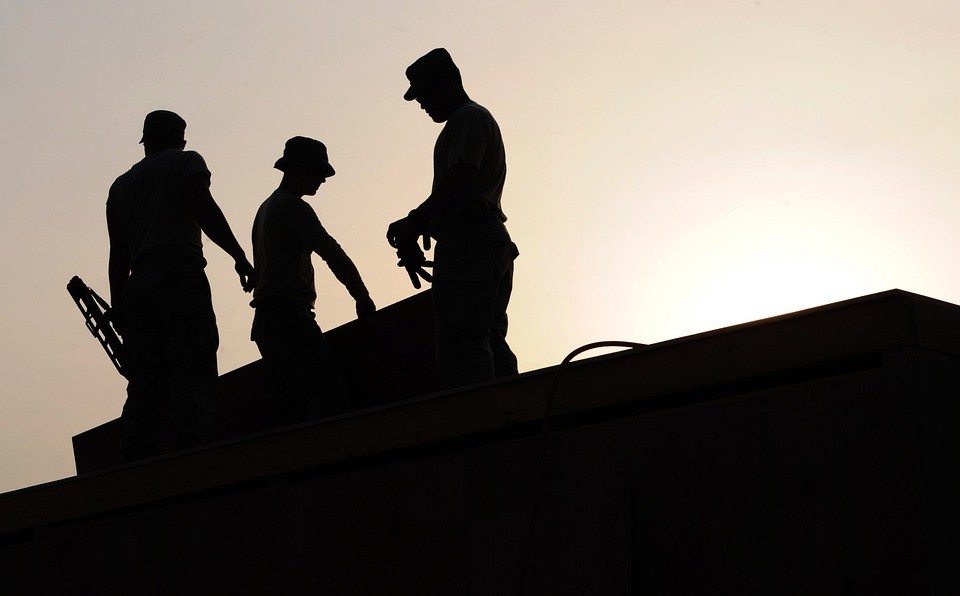 On this year’s campaign trail, Hillary Clinton and Donald Trump talked about rebuilding the nation’s infrastructure of airports, bridges, dams and highways to boost blue-collar job growth. For a look at this estimated $1 trillion policy initiative, let’s turn to a paper by two of President-elect Trump’s senior policy advisors, Wilbur Ross, his pick for Commerce secretary, and Peter Navarro, a University of California, Irvine business professor.

The duo stress expanding infrastructure to spur industrial job growth. They write: “With the decline of manufacturing in our country, infrastructure projects are one of the few high paying jobs that could employ the less well educated segment of our population.”

Ken Jacobs: Trump’s plan is about increasing profits rather than building new infrastructure.

The plunge in blue-collar employment, a stable of the postwar economy, has been stunning. American manufacturers have shed a total of 4.5 million jobs in the U.S. since the North American Free Trade Agreement took effect January 1, 1994. Trump’s lament about blue-collar job losses scored with some working-class voters in industrial states such as Michigan, Ohio, Pennsylvania and Wisconsin. In these Rust Belt states, thousands of factories have closed since the mid 1990s and moved to low-wage nations such as China and Mexico.

In one presidential debate, Trump called NAFTA “the single worst trade deal ever approved in this country.” He also called for renegotiating the trade agreement.

Recently, Trump has swayed the Carrier Air Conditioning Co. to stay put in its Indiana factory, versus moving it to Mexico. (Trump’s highly publicized exercise in jawboning still didn’t save 600 Carrier jobs from being cut in Indiana.) That is hardly a net gain of new blue-collar employment, though.

“Trump may be serious about repatriating manufacturing jobs,” Jock O’Connell, an international trade advisor to Beacon Economics, told Capital & Main in an email. “But it is unrealistic to believe that would result in substantial employment gains.”

In the meantime, Navarro and Ross advocate “adequate and innovative financing options” to kick-start American infrastructure projects to spark industrial employment. To this end, they are pushing for “a tax credit equal to 82 percent of the equity amount” for investors whose capital fuels public-private partnerships (P3s).

Although infrastructure investment does spur employment, two critics question the role of private finance in P3s.

“Trump’s plan frames the infrastructure problem as a lack of innovative financing options,” according to Josh Bivens and Hunter Blair of the Economic Policy Institute in Washington, DC. “This is nonsense.”

Navarro and Ross’ claim that private-public partnerships lower infrastructure costs is untrue, according to Bivens and Blair. They note that California’s controversial State Route 91 Express Lanes, with its tolled-lanes, is a P3 project. That undertaking increased costs when private partners sued to block the building of new non-tolled lanes to handle more traffic. It was a bid to protect profits for tolled-lanes by thwarting competition.

Firms that prevent competition are monopolies and they are bad news for workers because they cut the number of companies competing to hire employees. This outcome reduces hiring and wages, according to a paper published by President Obama’s Council of Economic Advisers.

One California critic of Trump’s infrastructure plan to add blue-collar jobs says that it prioritizes the interests of employers and investors. “His plan is about increasing profits for the private sector rather than building new infrastructure,” Ken Jacobs, chair of the University of California, Berkeley’s Center for Labor Research and Education, said in a phone interview.

The high-speed rail project is an example of infrastructure building underway in the Golden State. That transit mega-project is forecast to annually create 67,000 good-paying union construction jobs for 15 years, mostly throughout the Central Valley, California’s most economically depressed area, according to Jacobs.

In the meantime, the Washington, DC-based Center for Economic and Policy Research will launch a  Blue-Collar Jobs Tracker to chart employment growth in manufacturing and mining employment, beginning January 1, 2017. “The BCJT will simply be telling us whether the Trump administration is successful in its efforts to bring these jobs back to the states that have lost them,” economist and CEPR co-director Dean Baker said in an email.

The BCJT will be web-based, and count state and national industrial employment growth, according to a CEPR news release.