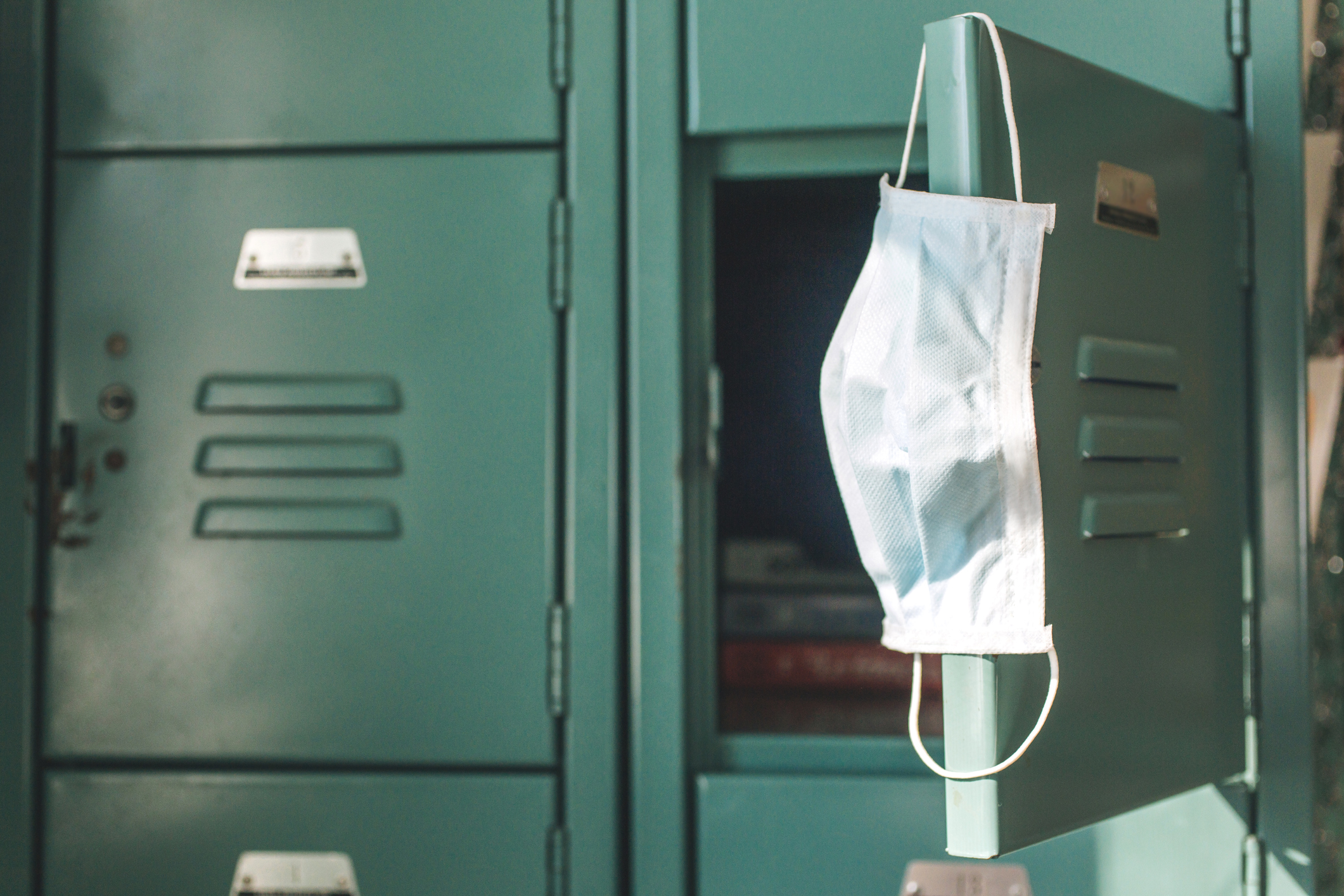 One of the longest-running themes of the pandemic, now nearing its two-year mark as a full-blown crisis in the U.S., has been the maddening inconsistency of public health guidance. From the Centers for Disease Control and Prevention (CDC) down to local and county agencies, constantly shifting policies and recommendations have led to COVID fatigue, blowback and angry outbursts.

Almost nowhere has that been felt more keenly than in the school systems. And in California, as elsewhere across the country, students have begun demanding better. What they want, they say, is simply a safe learning environment — something their own districts, and the state itself, often appear incapable of providing.

Protests last week at two wildly disparate districts, Redondo Beach and Oakland, suggested not only the outlines of student concerns but also the challenge of effectively safeguarding schools in general. They went off against a backdrop of confusion as to whether schools can endure the omicron surge without retreating to full-time remote learning. To those trying to attend classes on campus, the stakes feel high.

“We have more than 400 (COVID) cases on our campus right now, and no one seems to care,” Redondo Union High School junior Sam Miller told the school newspaper after a class walkout and protest last week. “People don’t wear their masks properly. They don’t wear the right masks.”

It’s hardly an isolated concern. Students in New York, New Jersey, Maryland, Massachusetts, Illinois and Washington, among others, have risen up in recent days to protest what they say are inadequate safety measures at school. In most cases, their requests cover similar ground: They want N95 or KN95 masks provided to all students, remote learning options offered to those worried about coming to campus, PCR and rapid testing available multiple times a week, and outdoor spaces where they can eat lunch safely. In a few districts, students are demanding a return to remote learning until conditions improve.

Their numbers range from dozens to thousands. Redondo’s walkout, expected to include a crowd of “40-50 serious students,” instead drew “an onslaught” of hundreds, according to an Instagram account associated with the protest. In Oakland, more than 1,200 students signed an online petition promising to stay home from school beginning Jan. 18 if safety conditions within the district are not improved. (Some walked out of class near the end of last week as well.) “We will be striking until we get what we need to be safe,” the petition reads.

The student movement is happening as districts and school boards determine how to proceed during omicron’s peak, which most experts believe will run through the end of January or into early February. Already, some districts are closing up shop. In Los Angeles, the Culver City Unified School District, which last year became the first in the nation to make COVID vaccines mandatory for students, decided to shut down this week in the hope of slowing omicron’s spread. Students were sent home with a testing kit and will not be allowed to return Jan. 24 unless they can show a negative result.

The massive Los Angeles Unified School District recorded 130,000 student absences last week, but its schools have remained open for in person learning. In San Francisco, district officials reached agreement with teachers’ unions to stay open after guaranteeing N95, KN95 or KF94 masks for all teachers, students and workers, along with weekly testing and 10 days of supplemental paid sick leave for staff who contract the virus.

According to the CDC, rates of viral transmission at school are generally lower than community averages, or at least roughly the same, but that’s assuming prevention strategies are both in place and actually being used. As several protesting students over the past week have noted, that’s not always the case.

“It feels like a breeding ground for COVID, like a COVID petri dish,” Boston student Kayla Quinlan, 16, told USA Today. Quinlan said many schools in the area had begun taking precautions less seriously, not enforcing mask mandates or social distancing. “How are you supposed to feel safe?” she asked.

California’s vast, differentiated school landscape means that its 1,037 districts mostly set their own policies. In times of emergency, the idea of a coordinated statewide response is farfetched. Still, there’s no question that Gov. Gavin Newsom’s administration has struggled with its COVID response to schools; its guidance has been spotty and its promises unkept.

When January’s back-to-school calendar turned over, it became apparent that millions of COVID test kits had not been delivered to school districts before the holiday break as Newsom had said they would. Officials blamed winter storms that produced shipping delays, and many of those deliveries have since been made. But the bottom line was that students at more than half of the state’s 11,000 schools couldn’t be sure they could return safely to campus. For Newsom, who has strongly supported keeping schools open through the pandemic, it was a big miss.

In the main, it’s down to the districts themselves to understand local conditions and meet needs. Officials in Oakland responded to last week’s petition by noting that they already have ordered 200,000 KN95 masks for students, and have testing available at 10 hubs across the district. Whether that satisfies the demand for testing on campus multiple times weekly remains to be seen; as this story was being prepared, Oakland students had not announced whether they’d attend class on Jan. 18.

They will not be the last demonstrations. As omicron bears down and infection rates continue to soar, it’s apparent that students have found their voices, and they’re using them to demand safe places to learn.

Related Topics:coronavirusFeaturedpublic educationStudent safety
Up Next

Whatever Comes Next, Single Payer Coverage for Californians Advances