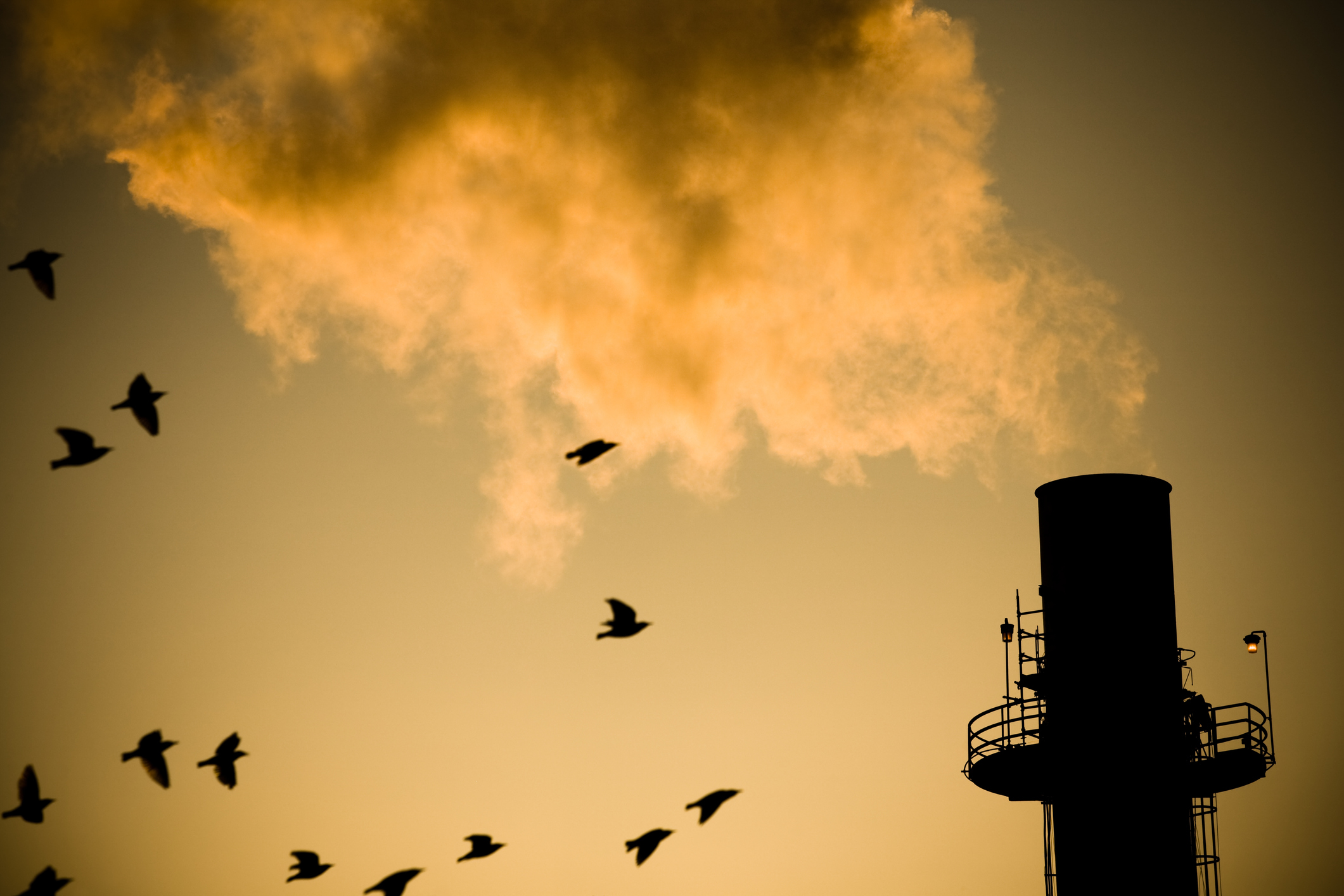 At a state Senate hearing on Wednesday, top regulators dismissed concerns about the ability of California’s cap and trade program to help the state meet its climate goals. The hearing focused on a recent report that found oil and gas companies and other polluters have pocketed so many permits through the program — in which companies buy and trade pollution allowances equal to how much they plan to emit — that there is hardly any incentive left for them to actually reduce their emissions.

The state’s cap and trade program is intended to be the single largest driver of cumulative reductions in climate-warming emissions this decade, and the program is expected to account for half of all emissions in the year 2030. The program is set to expire that year, but regulators believe they have the authority to extend it. About 400 major polluters in California participate in cap and trade.

While California accounts for only about 1% of global emissions, its policies for reducing them are watched as an exemplar across the globe.

The state is required to reduce greenhouse gas levels 40% below 1990 levels by 2030, and if it has any hope of meeting that target, it will have to quickly make big changes to the system. Notably, the goal is less stringent than the federal one set by the Biden administration.

But at the hearing, the state’s top air regulators said major actions to correct the problems, if any, wouldn’t take place for at least two years — which could be too late. Legislators and experts at the hearing were cordial but critical as regulators essentially asked them to trust their process.

While California accounts for only about 1% of global emissions, its policies for reducing them are watched as an exemplar across the globe, experts said. According to the United Nations Intergovernmental Panel on Climate Change, the world’s emissions must fall by 45% of 2010 levels by 2030 in order to avoid a temperature increase of 1.5° C (2.7° F) — which would bring catastrophic disruption.

Four times a year, California holds an auction of “allowances,” or permits, each representing one ton of carbon dioxide. Polluters can buy allowances, or they can trade them among themselves. The allowances are priced based on a cap of total greenhouse gas emissions set by the California Air Resources Board. In theory, rising allowance prices each year should encourage lower emissions over time.

The program’s most pressing problem, according to the Independent Emissions Market Advisory Committee’s report, is that an excessive number of allowances have been “banked,” or saved, by allowance holders — 321 million in all. The number of banked allowances is more than the total cumulative emissions reductions CARB expects from cap and trade the rest of this decade.

Some of those allowances could be held by banks or speculators intending to sell them at higher prices in the future, but a substantial amount is likely also held by polluters in the state.

“If you have too many allowances that enter the program, you end up in a situation where [polluters] are polluting more than what the program was designed to let them do, but nevertheless they’re complying with the program’s rules,” according to Danny Cullenward, vice chair of the IEMAC and policy director at CarbonPlan, an organization that uses scientific data to analyze climate solutions. CarbonPlan’s research helped show that that California’s forest carbon offsets program — a key part of the larger cap and trade system — was actually increasing emissions.

Dallas Burtraw, an economist and chair of the IEMAC, noted that the European Union’s cap and trade program and states participating in the Regional Greenhouse Gas Initiative on the East Coast faced similar problems and resolved them through technical changes.

Culling back excess allowances in the cap and trade program would require a supermajority vote in the legislature, but CARB could also raise the floor price of allowances so that there aren’t so many in circulation.

In California’s program, the current price floor is a little less than $20 and the actual price for an allowance was $34 during the last auction for which data are available. That compares to nearly $100 in Europe.

The issue “haunts” state Sen. Bob Wieckowski (D-Fremont), who told Capital & Main he regrets not having the strength to jam up legislation in 2017 that allowed banked allowances to carry over after 2020.

“There was no reason we had to let them accumulate, but they have,” Wieckowski said.

At the hearing, he asked regulators why they didn’t appear to be acting with urgency.

“I haven’t seen recognition by [Gov. Newsom’s] administration that it is a problem,” he said. “Do you think there’s a problem, that there is significant risk that the program isn’t stringent enough?”

CARB Chair Liane Randolph insisted the agency couldn’t determine an appropriate response — or whether there was even a problem — until later this year, after CARB completed its Scoping Plan. This is the forward-looking emissions reductions plan the state puts together every five years with input from stakeholders, including industry, labor and environmental groups.

She noted that the agency will assess the role of cap and trade in reaching carbon neutrality by 2045.

Oil and gas companies are by far the biggest recipients of free allowances given to industrial polluters, receiving about 80% of them in 2021.

“I think the concerns raised by the [IEMAC report] are really important and valid concerns, that we absolutely need to roll up our sleeves and examine, but I think it’s in the context of how the changes we’ve made more recently are playing out, in the context of understanding what we expect from the cap and trade program.”

Those changes, Randolph noted earlier, included a mechanism to remove allowances that went unsold for two years from circulation, a price ceiling on carbon, and other measures.

California Environmental Protection Secretary Jared Blumenfeld, who leads the state EPA, which oversees CARB, called the IEMAC report “extremely helpful and thought-provoking” but said CARB wouldn’t issue any recommendations to the Legislature about excess allowances until the end of 2023.

Both insisted this would leave enough time to get on the right course. Cullenward disagrees. “We had a knockout [fight] four years ago and we lost that time of climate progress,” he said. “We can’t afford it again.”

In 2017 the state extended cap and trade through 2030 and, at the time, environmental justice groups protested major concessions given to the oil and gas industry, including a significant number of free allowances for polluters. The state says the free allowances are necessary to fight “leakage,” in which companies reduce emissions in the state but increase them elsewhere. Blumenfeld said CARB will issue a report on leakage in 2025.

Oil and gas companies are by far the biggest recipients of free allowances given to industrial polluters, receiving about 80% of them in 2021. (Most free allowances are given to utility companies, which must then sell them at auction and use the proceeds to reduce ratepayers’ electric bills.)

The oil and gas industry has emerged as an obstacle to reforming cap and trade. Emails obtained by Capital & Main showed that an oil and gas lobbyist and a regulator for CARB were averse to similar reforms suggested last year.

It’s not clear how much free allowances have contributed to oversupply, but critics say it shows that the program can be influenced by political lobbying instead of science or economics. At the hearing Wednesday, Zachary Leary, the California policy manager for the Western States Petroleum Association, called in to defend polluters’ access to cheap allowances.

“Cap and trade, as currently designed, is one of the most cost-effective ways to reduce carbon,” Leary stated. His firm spent more than $4.4 million lobbying in the state last year, including lobbying CARB on the issue of cap and trade.