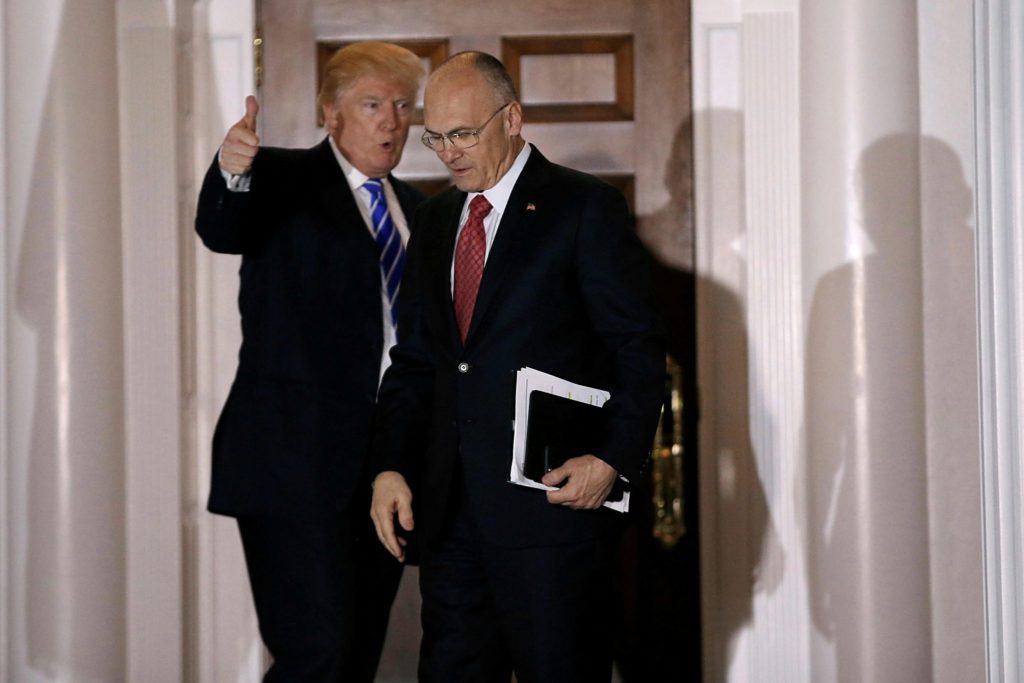 Andrew Puzder, whose nomination by President Donald Trump to head the Department of Labor ignited heated controversy even against a field crowded with contentious cabinet picks, withdrew his name from consideration Wednesday afternoon. Puzder, the CEO of CKE Restaurants, the corporation that owns Carl’s Jr. and Hardee’s diners, was the target of growing criticism amid charges he and his company had a history of shortchanging store workers and managers of wages and promotions, as well as discriminating against women and minority employees.

Puzder was the subject of a six-week series of investigative stories by Capital & Main, which was widely cited in other media outlets as well as in Senator Elizabeth Warren’s February 13 letter to Puzder. Our team of reporters found a widespread pattern of alleged employee abuse at CKE Restaurants, which has been named in dozens of civil suits and federal complaints. The public record of these court cases, alongside our interviews conducted with current and past employees, reveal a male-dominated culture extending from CKE’s highest executive ranks to franchise store kitchens — and a company that seems to operate with impunity and a special contempt for employees who are seen as weak or a burden on the company.

Focusing on Puzder’s more than 16 years as CEO of CKE, our stories uncovered the following:

These cases show a similar pattern of workers being targeted for termination and harassment, including: workers who get sick or take medical leave, including maternity leave; workers who go to human resources offices for help with sexual harassment, discrimination or safety violations; and workers who are older and have worked their way up to a higher salary. (These legal complaints do not include the many cases that deal with wage and hour violations.)