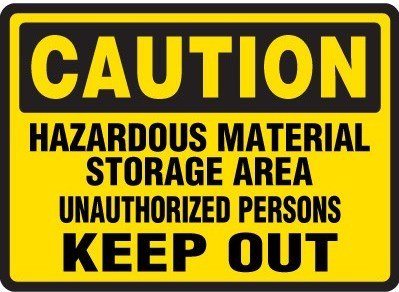 The horrific collapse of a Bangladeshi garment factory has sparked appropriate global outrage, with advocates, pundits and politicians calling for tougher laws to protect exploited workers in Third World countries. Yet this tragedy, like many before it, seems far removed from the reality of the American workplace.

It isn’t nearly as remote as we might think — a fact eerily underscored by the deadly fertilizer plant fire in Texas that preceded the Bangladeshi catastrophe.

While the surreal quality of the Texas disaster was somewhat unique, the deaths and injuries caused by it were not. Every year thousands of American workers die on the job, and hundreds of thousands are injured.

The reason? Lax worker safety laws, and weak enforcement of those that do exist. Another way of putting it is that we are letting men and women die simply by failing to afford them basic protections.

It was a gruesome factory accident — the infamous Triangle Shirtwaist Factory fire of 1911, which killed 146 workers — that led to the enactment of some of the first worker safety laws in the U.S. In the two years following the fire, the New York legislature passed dozens of laws to protect factory workers, setting a national precedent. During the same period, the first workers’ compensation laws were approved, providing a powerful financial incentive for employers to improve workplace safety

In the mid-20th Century, American workers enjoyed greater protections thanks to the rise of the U.S. labor movement. At their peak in the 1950s, unions represented one third of the American workforce, and used their influence to secure new safety measures. Then in 1971 Congress created the Occupational Safety and Health Administration (OSHA), which was charged with setting and enforcing national safety measures. In the first few decades after OSHA’s creation, U.S. workplace fatalities dropped by more than 60 percent.

Today, however, a number of forces have conspired to weaken protections for American workers. Unions represent a fragment of the workers they once did, depriving most employees of a powerful advocate. At the same time, conservatives have mounted a successful effort at the national, state and local levels to water down or eliminate worker safety laws.

They have also fought a successful ideological battle to shrink the size of government, leaving far fewer resources for the enforcement of the laws that remain. Consider this: OSHA can inspect workplaces on average once every 131 years, while state OSHAs can inspect them once every 73 years. The current level of federal and state OSHA inspectors provides one inspector for every 58,687 workers. According to a new report from Worksafe, “The current OSHA budget averages only $3.75 per worker per year. Yet a recent study estimated the costs of work-related injuries and illnesses is at least $250 billion per year.”

If you think the situation is different for workers in progressive-minded states like California, think again. In 2010, 326 workers died due to workplace-related conditions, and another 360 died in 2011. Among the top five causes of workplace deaths in 2011 were transportation-related incidents, contact with objects and equipment and exposure to harmful substances and environments.

Translation: Too many people are dying on the job, from lab workers to construction workers to waste and recycling workers. And many, many more suffer serious injury or illness. In 2011 there were nearly 450,000 workplace-related injuries and illnesses in California, including an increasing number among low-wage female workers, from maids and housekeeping cleaners to food prep workers to janitors.

In its latest report, Worksafe outlines a number of recommendations to stem the tide of workplace death and injury. It urges, among other things, the adoption of new safeguards for service and transportation workers, because previous efforts to protect workers focused largely on manufacturing and construction. It also recommended stronger measures to protect workers from retaliation for reporting hazardous conditions, and an expansion of the rights of workers and their representatives to participate in enforcement programs.

We shouldn’t have to wait for a large-scale catastrophe like the one in Bangladesh to fix the problems that are killing and injuring U.S. workers. The time to act is now.

Related Topics:Cal/OSHAOSHAworkplace safety
Up Next