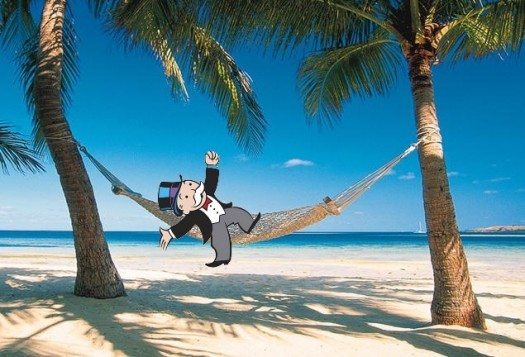 President Obama took yet another stab Tuesday at boosting the economy, offering congressional Republicans a cut in the corporate tax rate in return for a $50 billion investment in sagging U.S. infrastructure. That the GOP immediately rejected the deal should come as no surprise. But Republicans should at least be made to stipulate where they think investment in the United States is going to come from.

Conservatives’ stock answer is that if we just lift regulations and cut taxes on business, if we only get rid of unions and the minimum wage, then corporate investment will flow like a mighty stream. There are all kinds of good reasons to dispute this, but a study by three economists provides proof positive that it is sheer hooey.

In late April, John Asker and Alexander Ljungqvist of NYU’s Stern School of Business and the National Bureau of Economic Research and Joan Farre-Mensa of Harvard Business School published a study looking at one of the U.S. economy’s fundamental disconnects: the gap between profits and investment. Profits now constitute the highest share of the nation’s overall output since World War II, while wages constitute the lowest share since then. But profits have also been decoupled from investment. Until the late 1980s, according to the asset manager GMO, profits and net investment in the United States each came to roughly nine percent of gross domestic product. Today, corporate profits account for 12 percent of GDP, while net investment has shrunk to four percent.

When Asker, Ljungqvist and Farre-Mensa looked into this anomaly, they unearthed a startling fact: While publicly traded firms devote 3.7 percent of their total assets to investment, comparable privately owned firms devote 6.8 percent. Using a new database that provides more information on more privately held firms than had previously been available, the economists discovered a problem at the heart of this nation’s shareholder version of capitalism.

Given that privately held and publicly traded companies must operate under the same regulations, wage standards and taxes (with some small variations on the last), it’s being public that makes all the difference. When the economists looked at the investment levels of companies that had been private and then went public without raising new capital, they found that once the companies had gone public, their level of investment dropped precipitously.

What is it about being listed on stock exchanges that retards U.S. businesses’ investment? In a (clunky) word: short-termism. Investments, particularly long-term investments that don’t pay off for many years, can reduce companies’ quarterly earnings, which in turn tends to reduce the value of a company’s stock, to which most CEOs’ income is linked. In other words, share value and investment have a relationship that’s at least as inverse as it is complementary.

In a sense, the NYU-Harvard study provides a numerical expression of an epochal shift within the U.S. economy: the ascent of finance over manufacturing. Profits and investment began to decouple at the end of the 1980s — several years after the doctrine took hold that share price was the sole determinant of a corporation’s value and that corporate management had to heed only the concerns of shareholders, rather than balancing the interests of shareholders, employees and consumers. The terrible toll this doctrine has taken on U.S. workers is clear. But with this study, it’s apparent that the damage came not only in the form of lowered wages and offshored jobs but also in an overall reduction of investment in productive enterprise.

What are the public-policy takeaways of the Harvard-NYU study? First, that the president’s emphasis on public investment is a screamingly necessary corrective to a national economy that has a structural bias against investment. So long as CEOs are more concerned with short-term share value than long-term research, development and production, either the public sector will have to pick up the investment slack or nobody will.

The second takeaway is a more long-term, fundamental project: We have to alter those CEOs’ concerns. Their pay and bonuses need to be unlinked from share value, and corporate boards must include employee and community representatives. In the broadest terms, the economy must be reshaped from one subservient to Wall Street’s emphasis on short-term valuation to one that promotes productive investment. For all the talk about the alleged “skills gap” of U.S. workers, it’s the investment gap of U.S. business that is dragging the economy down.

Neil Cavuto Remembers When He Held a Job Once