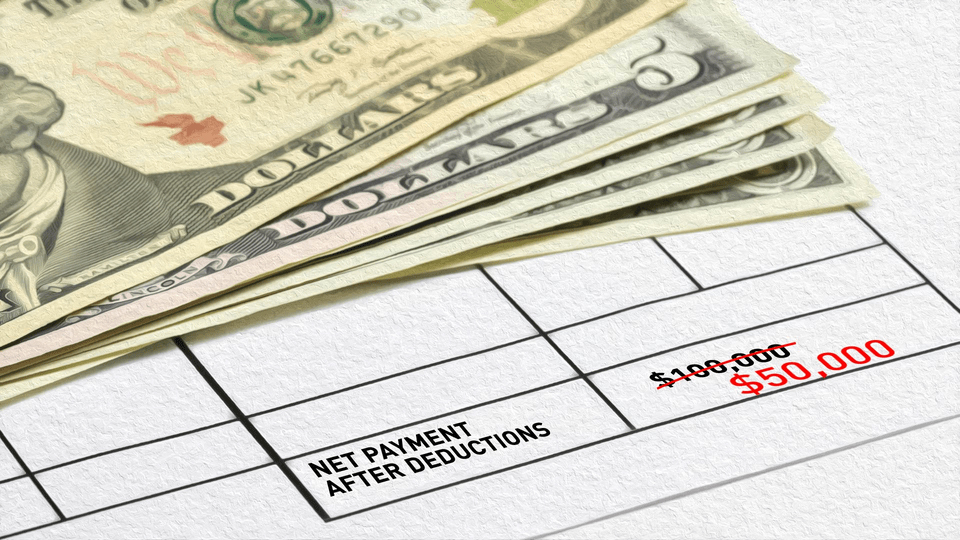 His voice rose barely above a whisper.

The middle-aged guy with the wrinkled brow and stooped shoulders said, “I can’t believe I’m doing this.” He was slathering mayonnaise on my oven-roasted chicken foot-long sub.

I had pulled off the highway outside of Fairfield, Connecticut, and into a Subway franchise for a quick to-go dinner and wasn’t really in the mood for talking.

But his story drew me in. “I used to work in marketing — nice office, good perks — and then they laid off my division,” he sighed.

In today’s America, such stories of quiet desperation are all around us: the neighbor who hasn’t gotten a raise in a decade and seems perpetually behind on rent, the older uncle with an advanced degree who’s working the check-out at Safeway, the friend from college who put his entrepreneurial plan on hold to take a “safe” (read: boring) job with benefits.

I’ve seen it in my own profession. When I was a rookie reporter at the New York Daily News in 1997, I earned $40,000 a year. Almost 20 years later, as the managing editor at a prominent online news outlet, the company’s budgets dictated that I offer just $30,000 salaries to recruits for a similar job. So despite two decades of a rising cost of living, for every dollar I used to earn, we paid similar reporters just 75 cents.

On some level, we’re all familiar with our income inequality crisis. The signs of stagnation or clear decline of working-class and middle-class wages are all around us, even as the wealthiest Americans are far richer than ever.

Still, it is hard to fathom how unbalanced the situation really is. Last fall, the RAND Corporation released a groundbreaking study that documented the full extent of the income shift since the early 1970s to the wealthiest Americans.

A full-time worker currently earning the national median wage of $50,000 would be making close to $100,000 now — if the country’s economic growth had continued to be shared over the last 45 years the way it was in the decades after World War II.

This income transfer has had a devastating impact on workers at all levels — the poor, the working class, the middle class and even parts of the upper-middle class — making it harder to pay the rent, put groceries on the table and raise a family. It has also left tens of millions of Americans vulnerable to surprise expenses like the breakdown of their vehicle or unexpected medical expenses. In the big picture, the loss of relative income has affected people’s ability to pay fast rising housing costs, buy homes, pay off old mortgages or even fend off bankruptcy.

If it weren’t for this radical shift in the distribution of incomes that began in the early 1970s, the bottom 90% of American workers would each be bringing home tens of thousands of dollars more every year, enough to help pay their children’s rising college tuition or nourish their own retirement accounts.

In this series we will examine the severity of this crisis, explore the real world human impact of income inequality and bring attention to the corporate lobbyists and politicians whose decisions and policies helped exacerbate this immense divide. We will also explore what an economy that works for us all might look like.

Income inequality may have been much debated in the last decade — grim headlines and bestselling books have made celebrities out of once obscure economists like Thomas Piketty and Gabriel Zucman — but the phenomenon continues to worsen.

Despite the damage it has done to so many lives, it can feel like a runaway train we are helpless to stop. Adding to that sense of impotence is confusion about the real causes, with many attributing the crisis to inexorable forces like globalization or blaming struggling people for their own plight by arguing that they could have made different choices.

A 2020 Pew Survey found that roughly the same share of Americans blamed “different life choices people make” as those who said outsourcing or the tax system contributed “a great deal” to economic inequality.

While globalization had an impact from 1980 to 2011 by increasing competitive pressures on American manufacturers, many of which exported once solidly middle-class jobs overseas, that trend has slowed significantly in the last decade.

By contrast, many European countries that were also shaken by globalization during that era suffer from far less income inequality than the United States now. Why? Because they responded to the problem in ways that supported and strengthened their workforces, raising their wages and, in some cases, giving them a role in corporate decision-making.

Ironically, foreign companies like BMW and Toyota now outsource jobs to America where the employment costs — salaries plus benefits — for factory workers are far less than in places like Germany and Japan because their employees at home enjoy universal health care, relatively generous pensions and greater job security—things many Americans can now only dream of.

Technological innovation is one of the other factors that has had a large impact on income inequality in recent decades. It has helped to depress wages across the board for everyone from fast food cashiers and factory workers to accountants and travel agents, creating many low paying jobs and a relatively small number of high paying ones.

At the same time, the buying power of the federal minimum wage has plummeted, and union membership has dropped from one in five employed Americans in 1983 to just one in 10 in 2019.

The lack of understanding of the issue is clear from the fact that the minimum wage and the rapid decline in unionization weren’t cited at all by people in the Pew survey as contributors to economic inequality.

Other key factors include under-the-radar policy changes that undermined the ability of workers to get jobs with good benefits and pay raises, and made it easier for employers to fire workers and build up obstacles to unionization.

This economic decline for so many American workers wasn’t inevitable. It was the result of deliberate choices and decisions by policymakers. Many of them were coaxed into action by industry groups, donors and complicit economists, and it added to the depression of wages for the poor and middle class, both white and people of color — and to the sharp increase in wealth for the very rich over the last four and a half decades.

The result: the hollowing out of financial security and retirement prospects for generations of workers. Put another way, we’ve lived through an era when sustained middle-class prosperity has become increasingly illusory for most people, no matter how hard they work.

A stark illustration of this generational decline is that so many daughters and sons have less buying power and financial security than their parents did at a similar stage in life — even, for the most part, if they work in similar industries and regions of the country.

For generations, Americans could count on their children having a materially better life than their parents. It is part of why we work so hard.

Honey, Who Shrunk Our Income?