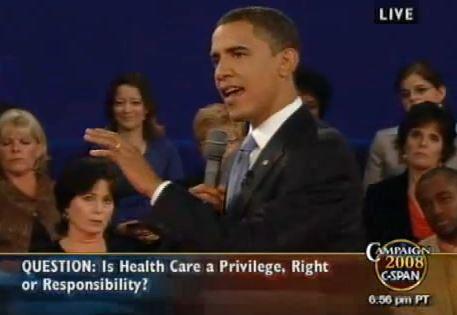 There are good reasons why President Obama’s leading message on health care during the 2008 campaign, often repeated since, was “if you like your health insurance, you can keep it.” That message was created to overcome the fear-mongering that had blocked legislative efforts to make health care a government-guaranteed right in the United States for a century.

Our health is of central importance to our lives, deeply personal to our well-being and those of our loved ones. That concern has translated politically; for decades, people have told pollsters that health care is a top concern. It is why every 15 to 20 years – from 1912 to 2008 – the nation has returned to a discussion about whether and how the government should guarantee health coverage, the debate rising phoenix-like from one spectacular defeat after another. A big reason for those defeats has been that opponents have exploited those deep feelings to scare the public about proposed reforms.

As one of the people who engaged early on in building the effort that led to the passage of the Affordable Care Act, I am keenly aware of this history. I wrote in 2003 that debates over health care turn dramatically when they move from the problem to the solution. Almost everyone agrees there’s a problem, but when a solution is proposed, people’s first question will be, “How will it impact me?”

The extensive public opinion research we conducted from 2006 to 2008 emphasized that same point: People would look closely at how any proposed reforms impacted their lives. Yes, Americans are worried about high health care costs and alarmed at the prospect of losing coverage. Yes, they may be unhappy with the quality and security of the coverage they have. But at the same time, they are desperate to hold on to it, because at least it’s something.

We also knew that those who wanted to block health care reform would play on people’s fears, a lesson learned most recently in the 1993-1994 fight over the Clinton health plan, in which opponents made wild claims about government bureaucrats coming between you and your doctor and denying you coverage.

In that context, it was essential to assure the 85 percent of Americans with health coverage that reform would not be a threat. Hence, “If you like your health care, you can keep it.” That message reassured people and let them be open to the rest of the message: proposed reforms would guarantee quality, affordable coverage to everyone and fix the real problems people were facing. After all, the first part of that sentence, “if you like it,” implies that lots of people would love to improve their coverage by making it more affordable and secure and by ending insurance company abuses.

Hillary Clinton’s campaign understood this early on and she used the message consistently when she talked about health care reform during the Democratic primaries. Soon after she dropped out, Obama made it a key part of his health care message. But the promise that you could keep your health care was more than just a message; for almost everyone, it was an accurate description of the almost identical reform policies proposed by Clinton and Obama, which became the foundation for the Affordable Care Act.

The ACA preserves (with small but important improvements) the current system of health care financing for the vast majority of Americans: employer-based coverage, Medicare and Medicaid. Those are the 94 percent of people with coverage for whom the “if you like it, you can keep it” promise is true.

For the six percent of insured who buy coverage on their own, the more accurate message would have been, “If you have good insurance and you like it, you can keep it.” The ACA reforms a corrupt individual insurance market. No longer can insurers turn people down due to a pre-existing condition or raise rates and drop people because they get sick. The ACA bans the sale of plans with such skimpy benefits and high-out-of-pockets costs that they are worthless if someone gets seriously ill.

As we predicted, the opponents of reform used fear-mongering – death panels, government takeover of health care and on and on – to try to kill the Affordable Care Act. They are still at it, including cynically jumping on the website’s enrollment problems and now insurance companies sending letters to customers which hide the fact that companies are being forced for the first time to sell a good, reliable product.

The opponents of reform have used reckless, baseless charges to try to kill reform. I’m glad that President Obama used a slight exaggeration to finally provide secure health coverage for all Americans.

Leave No Port Worker Behind