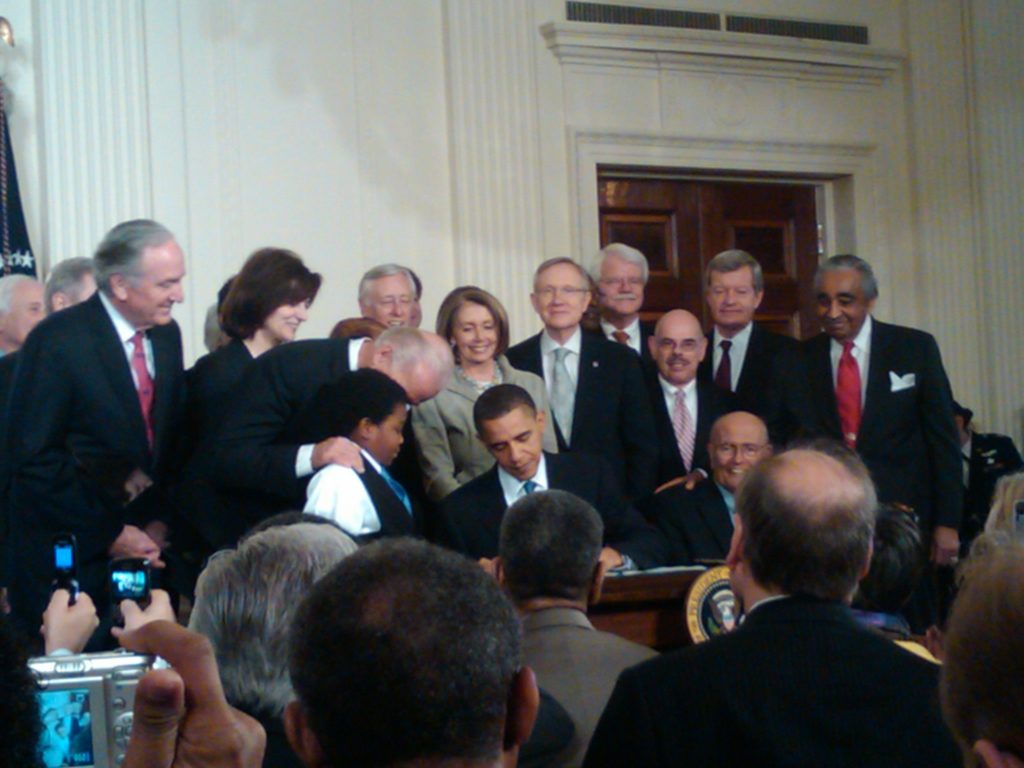 Four years ago, my wife and I planted an oak tree on Election Day – our Obama Oak – at the front of our house. The remarkable thing about the tree is how long it holds on to its leaves. I see it from my window, now doubled in height, still holding its crimson leaves, even after Sandy’s winds blew the leaves off of every other tree in the surrounding Taconic Hills. For me, the Obama Oak’s hardiness is a testament to perseverance of a health reform movement and a president, who together completed the 100-year quest to make health care a government-guaranteed right in the United States. With the president’s reelection, that quest is now secure and a new era in American health care begins.

I am sure that skeptics on the left will scoff at the assertion that the ACA launches a new era in health care. After all, a key to securing congressional passage of the Affordable Care Act was that the law did not upend the current system of health care financing in the United States. The ACA maintains and expands the current three pillars of health coverage: coverage at work, coverage from the government, and coverage purchased by individuals. But unlike those skeptics, the opponents of ObamaCare understand that once the government is responsible for arranging affordable health coverage for its citizens, it is a whole new ball game.

There are two ways to get a glimpse of the new world, one by looking at Medicare and Social Security, the other by seeing what’s happening under RomneyCare in Massachusetts.

Congress has debated changes in Social Security and Medicare almost every year since each program was enacted. Throughout that time, conservatives have tried to stop the programs from expanding and pushed to privatize these public gems. They continue to do so today at their continued political peril. But the history of the programs is that each slowly expands to cover more people with more benefits, as Americans increasingly rely on them for their financial security.

Since its passage in 1935, Social Security’s initial meager payments, available to only a limited set of workers, were expanded over time to provide decent (though far from generous) benefits to almost all workers and extended to surviving spouses and dependent children. Medicare also continued to expand the services i covered, including adding prescription drug coverage a decade ago and just last month improving coverage for some chronically ill beneficiaries. Medicaid has also become a very popular part of the social insurance structure, relied upon by low-income families, the disabled, and an increasing number of the aged.

In writing this, I don’t mean to gloss over the flaws and even setbacks in Social Security, Medicare, and Medicaid. Each of the programs could be improved. But the vital point is that debates over the programs happen largely in public. Health and retirement security for seniors is not a matter just of market forces or private arrangements; it makes up a substantial amount of federal spending and policy. And politicians have found that Social Security and Medicare are the third rails of American politics.

The same will be true for the Affordable Care Act once its key provisions to expand coverage to tens of millions of people start in 2014. At that point, the mystery that is ObamaCare will begin to be cleared up, as millions of people – touching many more millions of family members – find that they have access to affordable health coverage, either from the government or purchased with government subsidies. People will learn first-hand that if they lose their job, start a small business, or retire early, they will still be able to be insured. All the fear-mongering will lose its bite when instead of the sky falling, people have a new floor of health security.

Congressional fights over the ACA will become an annual staple of American politics. The right will continue to try to gut many of its main provisions. Progressives will work to make the law more affordable, building on the popular support that will be established and pushing for improvements. The health care industry will fight over how it impacts their bottom line. There will be big public debates on how the ACA controls health care spending and how much the government can afford to spend. Through all this, as more people are covered by the ACA, ObamaCare will join Social Security, Medicare, and Medicaid as integral parts of how Americans attain a basic level of financial security and personal well-being.

We can already see some of this in Massachusetts. RomneyCare is very popular, a settled part of the political landscape. It is working well: Romney even bragged that 98 percent of Massachusetts residents were covered in the third presidential debate. Health costs have gone up less quickly than neighboring states, and more employers are providing coverage.

But because the state is now responsible for more of the cost of health coverage, the Massachusetts legislature, often at the urging of Governor Deval Patrick, has vigorous debates every year on how to better rein in the growth of health spending. This year it passed a law intended to set limits on the rise in health spending. Under pressure from the new law, health insurance companies and hospital systems are agreeing to new cost control measures. The people who run the subsidized marketplace for private insurance have used their market clout to get insurers to improve quality while controlling costs. And in liberal Massachusetts – I won’t predict this for Congress – there has been no serious consideration of cutting benefits or subsidies to people.

With President Obama’s reelection and the Democratic majority under Harry Reid in the Senate, there is no doubt that the Affordable Care Act will be fully implemented in 2014. States in which Republican governors and legislatures have delayed taking action will need to decide by November 16th whether to run the new individual and small business marketplaces (the “exchanges”) or hand that authority to the federal government. States and the federal government will start moving aggressively to meet the deadline to begin enrollment next October. A huge new expansion of Medicaid will be agreed to in all but a handful of states. There will be new regulations, furious maneuvering in the health care industry, continued political posturing. And a new era in health care, an era in which the right to health care is a public matter, a matter of regular, government policy, will finally have begun in the United States.

Richard Kirsch is a Senior Fellow at the Roosevelt Institute, a Senior Adviser to USAction, and the author of Fighting for Our Health. He was National Campaign Manager of Health Care for America Now during the legislative battle to pass reform. This post first appeared on Huffington Post and is republished here with permission.