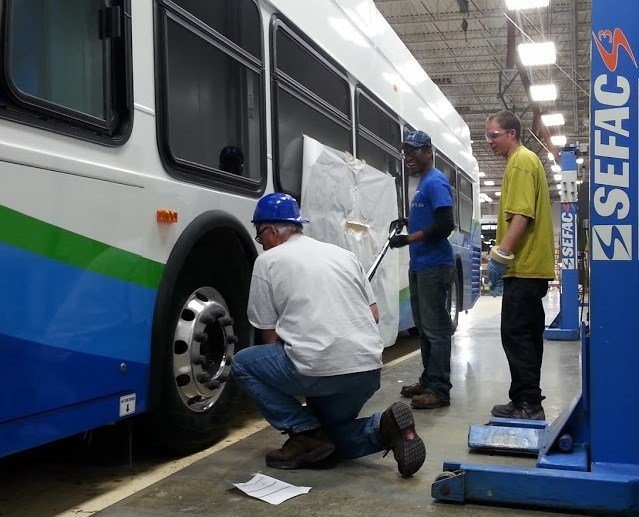 Minnesota is cold. When I visited the state in early February, surprisingly, the subzero temperatures weren’t the only reason for this impression. It was actually the sight of 122 acres of mangled metal above the Mississippi River that chilled me to the bone.

In St. Paul, a former Ford factory, which operated for more than 80 years and employed thousands of workers manufacturing cars, is being demolished. Seeing firsthand the historic Twin Cities Assembly Plant’s demise and the loss of so many quality, unionized American manufacturing jobs made me feel a keen sense of grief. 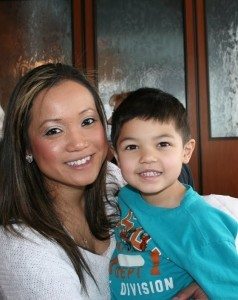 Ironically, I had come to Minnesota to encourage the creation of U.S. manufacturing jobs, by advocating that the Twin Cities regional planning agency, called the Metropolitan Council, leverage its purchases of buses and trains. I represented the Jobs to Move America coalition, which unites more than 30 community, labor, faith, civil rights, philanthropic, academic and environmental groups, to make our transit dollars go the distance. Jobs to Move America aims to help U.S. public transit agencies spend $5.4 billion taxpayer dollars annually to improve and clean our transit systems, create and retain good American jobs, and generate opportunities for such unemployed Americans as veterans, single parents and residents of low-income neighborhoods.

I presented Jobs to Move America’s procurement policy ideas to the Metropolitan Council’s Transportation Committee on February 10. I explained how requiring jobs disclosures and using a system of voluntary price credits could drive competition between huge global manufacturing companies upwards, rewarding companies for building American factories, hiring disadvantaged workers (such as people of color) and training workers for long-term careers. And I advocated that the council hold manufacturers to their jobs promises, by closely monitoring contracts.

But I kept picturing that Ford factory as a symbol of outsourcing, corporate greed and the abject destruction of American dreams. It left me feeling so cold.

Thankfully, my other experiences in Minnesota warmed me up. I had the privilege to visit one of the few factories in the U.S. where good transportation manufacturing jobs exist — the New Flyer Industries bus plant in St. Cloud.

The Jobs to Move America coalition includes the Communications Workers of America (CWA) and its industrial division, IUE-CWA, a labor union of more than 45,000 American workers in manufacturing industries encompassing automotive and transportation. The Minnesota staff of CWA and its community partner, Take Action Minnesota, arranged a tour of the factory and meetings with the workers of Local 7304, who build New Flyer’s buses.

The factory was impressive: brightly lit, orderly and full of shiny new buses being built for the cities of Calgary, Baltimore and Los Angeles. The workers wore safety gear and stayed hard at work in their “cells” of production as our tour passed by. 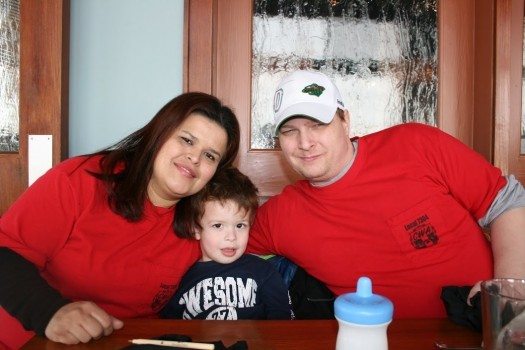 Brenda, Jeff and their son.

I also spoke with Local 7304 members about their jobs and their impact on their lives. One young woman named Khantaly talked about her sense of pride when visiting Las Vegas and seeing a bus she’d painted, on the streets. A man named Farah told me how his job at New Flyer allowed him to support his wife and four young children with a good life in Minnesota, after he had fled war-torn Somalia and spent years in a refugee camp in Yemen. A married couple, Brenda and Jeff, compared their experiences at New Flyer with previous nonunion jobs to “heaven and hell.” The pending Jobs to Move America website will soon feature these stories.

On the one hand, witnessing the demolition of the huge St. Paul Ford plant and learning about Minnesota’s dire racial inequalities — Minnesotans of color suffer almost triple the rates of unemployment and poverty as white Minnesotans — underscored the desperate need for the Metropolitan Council to act to revitalize the local manufacturing industry, create good jobs and make them available to disadvantaged people.

But on the other hand, visiting the New Flyer plant gave me hope that we can, someday, make Minnesota’s public transportation dollars go the distance to create more good, U.S. manufacturing jobs. I guess that belief can keep me warm.

All photos by the author.
Related Topics:Jobs to Move AmericaTransportation Infrastructure Finance and Innovation Act
Up Next

‘All People Matter’ — It’s Time to Raise the Minimum Wage