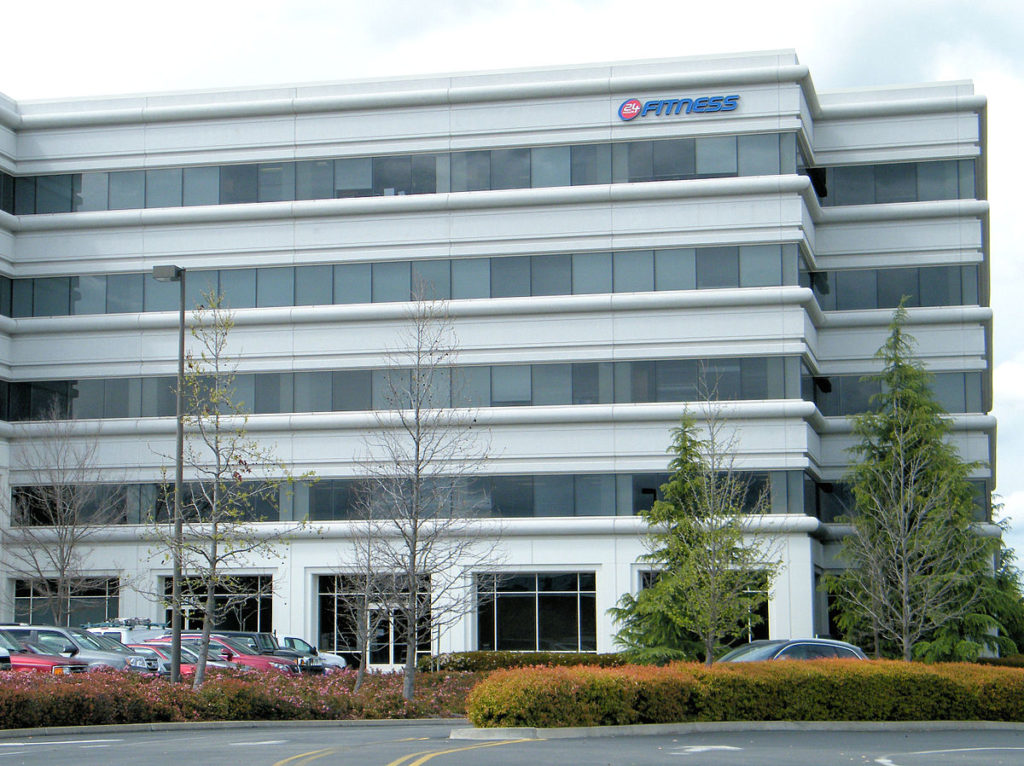 Relentless pressure to sign up new members made one man question the chain’s commitment to changing people’s lives.

On its website, 24 Hour Fitness says it has thousands of job openings. That’s great news for fitness buffs hunting for work. Or is it?

Disgruntled former employees of the San Ramon, California-based company have filed hundreds of cases over almost two decades, some resulting in settlements in the millions of dollars.

And the large payouts appear to have made 24 Hour Fitness one of the nation’s more aggressive advocates for curtailing workers’ ability to defend their rights in court, labor lawyers say. That advocacy has also put the almost four-million-member-strong fitness chain in the crosshairs of the National Labor Relations Board, which has said the firm’s employee arbitration agreements violate federal labor law.

The company’s dispute with the NLRB may make it to the U.S. Supreme Court, which could hear oral arguments next term as to whether the contracts the firm asks workers to sign when they are hired violate historic worker protections put in place as part of New Deal legislation adopted in the 1930s. Those contracts ask employees to waive their right to come together to file class action lawsuits.

Attorney:  “24 Hour Fitness has been pretty aggressive in stripping workers of their rights.”

Some workers say the company’s single-minded focus on selling memberships caused it to run afoul of wage and hour law.

“We worked basically 8 to 8 every day no matter what, and if you got a lunch break it was usually at the club, or you went out and came right back,” said Gabe Beauperthuy, a former general manager, who worked in fitness centers in Colorado before leaving the company in 2006.

At first, Beauperthuy said, he loved the work and embraced the company’s philosophy of personal transformation. But the long days and relentless pressure to sign up new members made him question the company’s commitment to changing people’s lives, and even his own priorities. He developed a single-minded focus on bringing in the “almighty dollar” for the company because, he explained, “you’re a product of your environment.”

Beauperthuy was one of more than 900 managers, sales counselors and trainers to bring a collective action lawsuit under the Fair Labor Standards Act, alleging the company had misclassified them and denied them overtime pay. After the class was decertified and following seven years of litigation, the group settled for $17.5 million in 2013, according to published reports. The company settled another lawsuit involving thousands of California employees for $38 million, the nation’s sixth largest wage and hour class action settlement of 2006.

“Historically, there have been a few companies who went out of their way to fight and defend arbitration,” says Cliff Palefsky, a San Francisco attorney who filed the unfair labor practice case resulting in the NLRB’s finding that 24 Hour Fitness had violated the law. “They’ve been pretty aggressive in stripping workers of their rights.”

About 60 million people—more than half of the non-union private sector workforce—are covered by mandatory arbitration agreements, according to an Economic Policy Institute study. These agreements require employees to resolve disputes through private arbitrators chosen by employers, rather than go through the courts.

An estimated 25 million of these arbitration agreements also include class action waivers, like those used by 24 Hour Fitness, in which employees give up their rights to band together to bring class action suits to address workplace disputes in the courts.

The contract language has received attention in recent months as the “Me Too” campaign has gained steam, and advocates pointed to the difficulty of raising workplace concerns individually in confidential arbitration proceedings that are crafted by the employer. Last year, U.S. Rep. Cheri Bustos (D-IL) introduced a bi-partisan bill that would prevent companies from keeping sexual harassment and sex discrimination claims from going to court, where the proceedings are typically in the public record.

A landmark case expected to be decided by the U.S. Supreme Court this term, National Labor Relations Board v. Murphy Oil USA, will determine whether class action waivers will be a continuing feature of employment contracts. It will also decide the fate of NLRB’s dispute with 24 Hour Fitness.

“If the NLRB loses Murphy Oil, then our case would suffer the same fate, essentially,” says Palefsky. In its Supreme Court brief, 24 Hour Fitness distinguishes its employment agreements from those at issue in the Murphy Oil case because the fitness employees are given 30 days to opt out of the class action ban.

But Palefsky counters that the rarely-used “opt out” provision is irrelevant because a worker’s right to act collectively is one that cannot be signed away.

The argument about class action waivers might seem an academic one to job seekers if 24 Hour Fitness is now complying with the law.

There have been 621 employment cases filed in the federal courts against 24 Hour Fitness since 2000. On a per-establishment basis, that’s more than eight times as many as have been filed against its competitor, Gold’s Gym, during the same time period, according to a Capital & Main review of federal court records.

The disproportionately large number of cases is likely linked to the battle that took place between 24 Hour Fitness and Beauperthuy’s attorney, Richard Donahoo, who continued to fight for his 900 or so clients even after a federal judge in San Francisco granted a 24 Hour Fitness motion in 2011 to decertify the class. (The judge’s ruling that the plaintiffs’ claims were not sufficiently similar prevented the case from moving forward as a collective action—not the class action decertification language–but the effect was similar.)

“Many times that means it’s the death of the case because people don’t want to proceed individually,” said Donahoo, who is based in Orange County. “Attorneys can’t do it economically.”

Nevertheless, Donahoo and his colleagues decided to “swallow hard” and fight for each plaintiff individually. They filed hundreds of individual petitions in federal court to compel the company to arbitrate claims in Northern California, where 24 Hour Fitness is headquartered, and successfully fended off 24 Hour Fitness’s efforts in 21 federal courts across the country to force the arbitration proceedings to take place near the clubs where each of the former employees had worked.

“Our case became a ‘careful what you wish for’ scenario for the company,” Donahoo said. The company ultimately agreed to a settlement that resolved the individual claims at once.

Since then, 24 Hour Fitness has changed ownership. AEA Investors LP, a New York-based private equity firm, Fitness Capital Partners of Palm Beach, Florida, and the Toronto-based Ontario Teachers’ Pension Plan purchased the firm in 2014 in a leveraged buyout. But reasons remain to be concerned about the practice of the fitness company, which employs about 20,000 workers and operates in a highly competitive industry.

In November, the company agreed to pay restitution and settled a lawsuit for $1.3 million filed by Orange County prosecutors, stemming from allegations the company increased annual renewal rates on prepaid memberships beginning in 2015 in violation of its contracts with customers. Customers were sold prepaid memberships and charged upfront fees with the guarantee of a low life-time renewal rate in 2006 but saw their rates rise as much as 300 percent nine years later, according to the Orange County Register. The company admitted no wrongdoing in the settlement agreement.

Last May, the ratings agency Moody’s changed 24 Hour Fitness’ investment outlook from “stable” to “negative.” In justifying the downgrade, the report pointed to the growing number of fitness centers and the fact that the company is highly leveraged. The purchase of the company in 2014 was financed with $1.35 billion in debt, about 75 percent of the total cost, according to the Moody’s report.

Moody’s also singled out rising labor costs due to increases in the minimum wage in many of the regions where 24 Hour Fitness operates, suggesting the company employs a large number of low wage workers. Most of the clubs are concentrated in three states — California, Texas and Colorado.

“The company should be able to offset some of the pressure from minimum wage increases by using labor optimization, and reallocating the labor force within clubs based upon their age and member profile,” according to Moody’s report.

The economic pressures 24 Hour Fitness faces may explain the experience of one Ms. Randle, a former Kids’ Club attendant, who asked that her first name not be used. She worked at a 24 Hour Fitness in Orange County from 2014 to 2016.

She said managers told her not to leave her post to take a break or use the rest room during her four-hour shift because the other staff on duty lacked the necessary clearance to work with children. She complained to managers and eventually to the human resources department, but had to file a complaint with the California Labor Commissioner’s Office to resolve the issue and secure back pay for missed rest breaks, she said.

Ms. Randle thought that one of her co-workers endured repeated urinary tract infections that could have been caused by not being able to take bathroom breaks. Randle felt the managers lacked proper training. “They were always focused on selling memberships,” she said. “They didn’t care too much about their employees.”