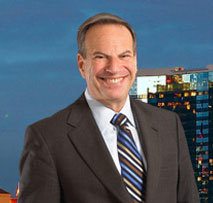 Bob Filner: All smiles for now.

The 70-year old Filner spent 20 years in Congress. A reliable and articulate liberal – with high marks on his AFL-CIO, Americans for Democratic Action and Sierra Club scorecards – he’s a founding member of the Congressional Progressive Caucus and was a Freedom Rider during the early 1960s civil rights movement, spending two months in jail for “disturbing the peace and inciting a riot.”

Among his first actions as mayor, Filner took on the powerful San Diego Gas and Electric (SDG&E), accusing the investor-owned utility of failing in its commitment to alternative energy. He has also promised to pay more attention to the city’s neighborhoods, which many residents believe have been shortchanged by civic officials who are obsessed with developments downtown and in the Gaslamp Quarter.

Bob Filner insists that he will respect the will of the voters on these matters. But he hasn’t yet told his friends in the labor movement exactly how far he will go to implement them.

This post first appeared on LaborLou.com and is republished by permission.

Casino Mogul Doubles Down Against Unions