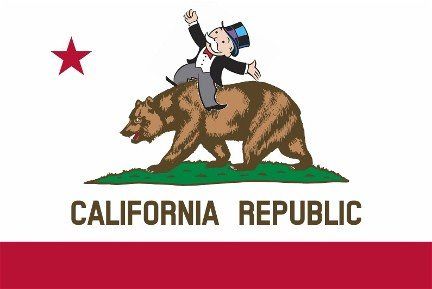 California’s Proposition 32 proposes outlawing the use of automatic payroll deductions from union members and corporations for political purposes. Backed by such labor-hating billionaires as the Koch Brothers, Charles Munger Jr., and by anti-marriage equality crusaders like Howard Ahmanson and Larry T. Smith, the measure will decimate unions’ ability to participate in the political process—stripping them of their considerable clout in the state. But that doesn’t mean Prop. 32 is purely about union-busting. Instead, the measure provides its wealthy backers with a means to an end — to eliminate organized labor as the most significant obstacle to imposing a corporate and fundamentalist religious agenda on an otherwise stalwart progressive state.

Prop. 32 isn’t an end game. It’s the beginning of a much larger conservative agenda for California. The only way to truly understand the potential impact of Prop. 32’s passage is to analyze the agenda of its backers.

Here are the 10 most dire issues California can look forward to if Prop. 32 is to pass this week.

1. Toxic Sludge – The Koch Brothers’ $4 million donation to support Prop. 32 is often portrayed as purely ideological. But the Kochs are not disinterested players in the state of California. They own the pulp paper processing company Georgia-Pacific, which has 11 facilities in California and has spent much of the past few years lobbying to gut provisions of California’s Green Chemistry Initiative–a 2008 law protecting California citizens from exposure to toxic industrial chemicals.

3. Offshore Drilling – With lessons of the BP spill two years in hindsight, the idea of offshore drilling in California has resurfaced. Koch Industries recently donated $5,000 to the Congressional campaign of Santa Barbara Republican Tony Strickland—who, in various campaigns over the years, has routinely advocated opening up waters off the coast of California to drilling.

Though they don’t yet appear to have their feet in the door financially, there’s no reason to doubt that, with their army of lobbyists at the ready and history of campaign contributions in the state, the Kochs wouldn’t maneuver to profit off of California’s offshore oil.

4. Bye-Bye Minimum Wage – Not only have Prop. 32 backers been deeply involved in efforts to obliterate living wage efforts in California, they even want to roll back the state’s modest minimum wage requirements. In 2006, Prop. 32 author Thomas Hiltachk and his law firm authored and pushed for the Fair Pay Workplace Flexibility Act. This progressive-sounding bit of legislation would have increased California’s minimum wage by a pittance – while eliminating overtime pay for many workers and freezing all future minimum wage raises without the consent of two-thirds of both houses of the California legislature.

5. School Vouchers – If there’s a unifying issue animating Prop. 32’s backers, it’s that nearly all want to shift public school money to private educational entities. By far the most radical is third-generation venture capitalist and “viral marketing” guru Timothy C. Draper–who thus far has given $100,000 to push Prop. 32. In 2000 Draper was the brains and the piggy bank behind Proposition 38–arguably the most extreme school voucher effort in recent American history.

6. Gay Conversion Therapy – Religious-right Prop. 32 billionaire backers Howard Ahmanson and Larry T. Smith are among the fiercest advocates in the country for gay conversion therapy for minors. Smith’s Family Action PAC helped lobby against SB 1172—the California legislative effort to ban gay-to-straight conversion therapy for minors — which passed in September. Smith fundamentally rejects the notion that parents forcing their underage children to endure conversion therapy could be psychologically harmful. On the contrary, he feels it’s a “parental right.”

Gut labor support for progressive candidates, and the Smiths of the world may have the resources they need to reverse SB 1172.

7. Will Make Prop 8 Will Look Like A Tea Party – California unions have been reliable supporters of marriage equality and LGBT rights. Unions donated nearly $3 million to fight Prop. 8 back in 2008. Should Prop. 32 pass, that support will be lost, and Prop. 8 backers Larry Smith, Howard Ahmanson and their compatriots will undoubtedly continue pushing their conservative religious, anti-gay agenda on the state of California and beyond.

“This is not just about California,” Courage Campaign founder Rick Jacobs told Frying Pan News. “Labor communities have been very supportive of LGBT rights in the workplace and in the political space. They are reliable allies. If 32 passes, California’s 2.5 million unionized workers won’t be able to contribute their money for political purposes out of state either. The next time there’s a fight in Washington over the Defense of Marriage Act, for instance, labor has less capacity to join us. California is a donor state. The whole chain is interrupted.”

8. Friends of the Minutemen – Prop. 32 backers have plenty of money to go around. This election cycle they’ve been funneling cash to the State Assembly campaign of Orange County Republican Allan Mansoor. Well before Arizona passed its anti-immigrant law SB 1070, then-mayor Mansoor authorized Costa Mesa police to run immigration checks on individuals suspected of crimes, as well as on unlicensed drivers. He even proposed authorizing local police to investigate federal immigration crimes. According to the American Civil Liberties Union, Mansoor has close ties to the xenophobic Minutemen.

Mansoor isn’t the only California politician with Minutemen connections receiving support from Prop. 32 backers. San Bernardino Republican State Assemblyman Tim Donnelly is the founder of his town’s Minutemen chapter. He also is leading the charge to repeal the Dream Act, which would allow high-achieving undocumented immigrants to access state scholarships for college.

9. The Poison Pill – Prop. 32 claims it will restrict union and corporate donations to individual candidates. But this provision of the bill seems to conflict with the recent Supreme Court Citizens United ruling. The Republican operative who authored the bill, Thomas Hiltachk, is no sloppy legal mind. One has to assume this conspicuous hole is intentional. Could it be that Prop. 32 was designed so that only a part of it could stand up to a constitutional challenge? Say, for instance, the one thing backers of Prop. 32 have historically been interested in—the end of union workers’ automatic payroll deductions?

“Prop. 32 has a separability clause,” says Alan Crowley, a labor lawyer with the legal firm Weinberg, Roger and Rosenfeld. “In theory, if a law is challenged, the parts that aren’t ruled illegal could go forward. Hypothetically that might be enforced.”

10. A Trojan Horse Onslaught – Prop. 32 is simply not what it says it is. It is a union-busting “paycheck protection” measure masquerading as campaign finance reform. This deception is intentional. In fact, it is the calling card of the political consulting outfit behind Prop. 32, the Dolphin Group. The firm has a history of launching “Trojan Horse” political campaigns in favor of Republicans and corporate interests, including starting Californians for Statewide Smoking Restrictions while working for Big Tobacco, and Coalition for a Sustainable Delta while working for farming interests trying to drain the Sacramento Delta dry. These Trojan Horse measures don’t have a very high success rate, as voters eventually catch on to the subterfuge. Should Prop. 32 pass, however, it will only embolden political consultants like the Dolphin Group to continue with their attempts to fool voters into voting against their interests.