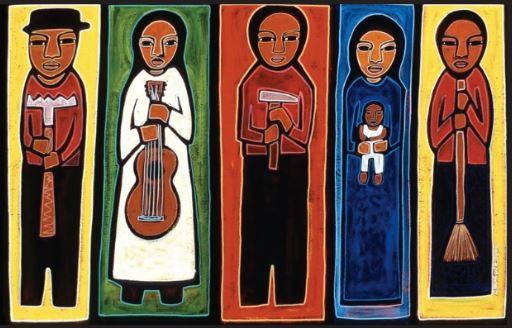 Two local Thursday events will mark preparations for the annual Workers’ Memorial Day that will be observed nationally on Sunday. Today’s morning activities center on the unveiling of a work-in-progress mural depicting the contributions of immigrant workers and the release of the annual “Dying at Work in California” report. The survey tallies the cost of job-related deaths, injuries and illnesses and tells the stories of the 196 Los Angeles workers killed on the job last year. These stories include:

This event culminates a week of action, in which workers across Los Angeles have held actions such as roundtables and teach-ins to call attention to preventable workplace accidents and occupational illnesses and to honor those fallen, injured and ill workers. Find more information about Workers’ Memorial Week of Action at www.socalworkersmemorialday.org

What: Press Conference by the Southern California Coalition for Occupational Safety and Health (SoCalCOSH), to highlight Workers’ Memorial Day – An International Day of Remembrance for Fallen Workers Due to Poor work Conditions.

Then, from 5:30-8 p.m.,  SoCalCOSH hosts a commemoration at the Central American Resource Center. (CARECEN), 2845 W. Seventh St., Los Angeles. It features worker testimonies, guest speakers and a call to action. Dinner will be served at this event — which is free of charge, though pre-event registration is required and space is limited. Please RSVP at http://socalworkersmemorialday.eventbrite.com/

Related Topics:workplace safety
Up Next

Union Worker to Steve Lopez: We’ve Picked Up the Tab!