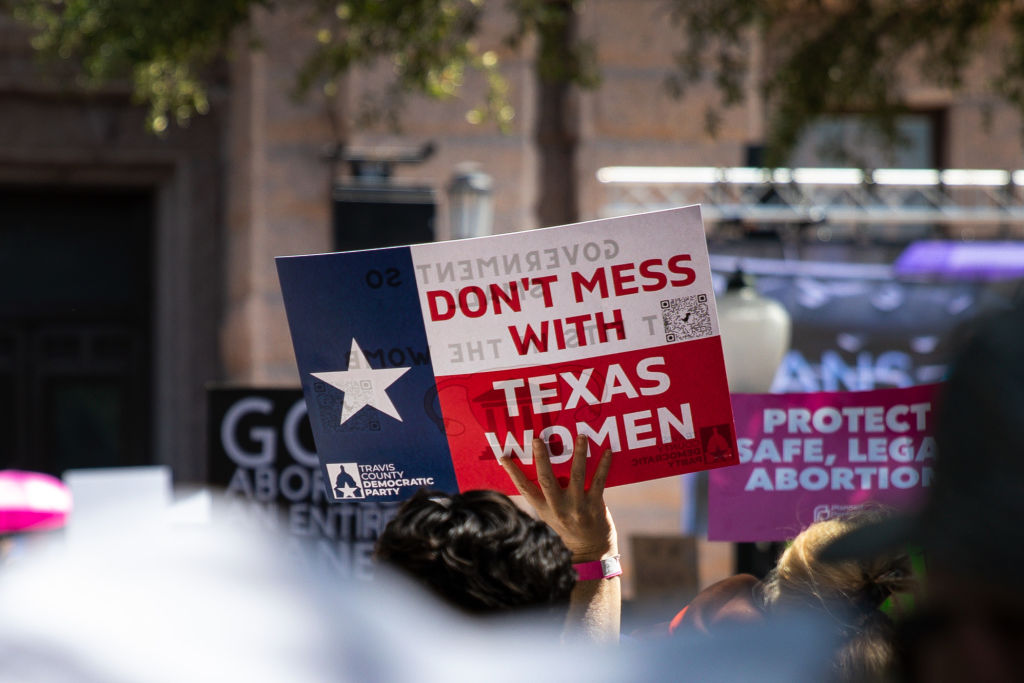 Pro-choice supporters rally at the Texas Capitol on May 14 in Austin. Photo: Montinique Monroe / Getty Images.

Last year, David Pepper was so frustrated by the atrophied state of U.S. democracy that he tweeted a riff on a phrase popularized by U.S. Supreme Court Justice Louis Brandeis: “States are the laboratories of democracy.” That tweet turned into a 452-page book, Laboratories of Autocracy: A Wake-Up Call From Behind the Lines. Pepper is a former Cincinnati city councilman, county commissioner, and chair of the Ohio Democratic Party, and his posts have given him an up-close look at the Ohio statehouse, an institution that he says has become deeply disconnected from the people it was intended to serve. He blames a combination of corporate money, aggressive gerrymandering — mostly by Republicans — and the anonymity of statehouse politicians. 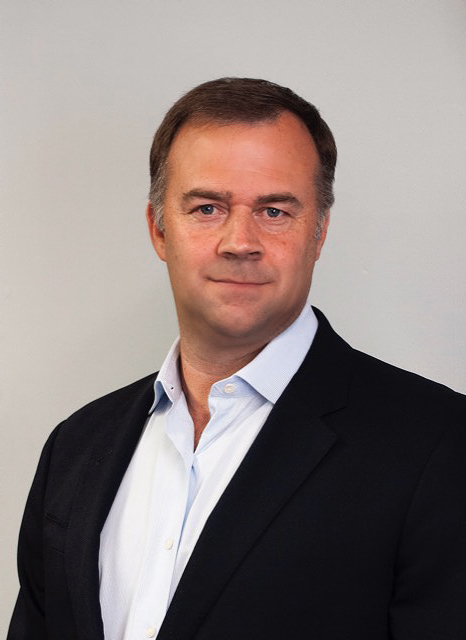 Donald Trump’s attempts to overturn the 2020 presidential election and the proliferation of voter-suppression laws in the aftermath of the election have put a spotlight on the state legislatures’ ability to advance an anti-democratic agenda. In 2021 alone, 19 states enacted 33 laws that will make it harder for Americans to vote. In his book, Pepper argues that such efforts are “a culmination of a decade of dry runs, perfected over time” by statehouses.

Early this month, the leak of U.S. Supreme Court Justice Samuel Alito’s draft opinion overturning Roe v. Wade, the landmark 1973 decision that legalized abortion, once again put the nation’s legislatures in the spotlight. Thirteen states are set to outlaw abortion should Roe be overturned, and another 14 states, including Ohio, could ban abortion before fetal viability. Pepper was reached at his office in downtown Cincinnati.

Capital & Main: In your book, you argue that the media’s far too focused on Congress and Trump. Why do you say that?

David Pepper: While people have a concern about the attack on democracy and on fundamental rights like the potential overturning of the Roe decision, I think that there’s a real blind spot among major leaders and the media. We get so caught up in politics in Washington and personalities like Marjorie Taylor Greene that we’re blinded to the fact that almost the entire attack on democracy and assorted fundamental rights is happening in states.

That’s not by accident. States are the ideal place to advance really unpopular ideas without political accountability. You couldn’t do it in Congress. You’d risk your future elections if you tried. That’s why U.S. Senator Mitch McConnell doesn’t want U.S. Senator Rick Scott talking about his 11-point agenda.

Meanwhile, states have a broad footprint over almost every contested issue that we care about and also have a major set of levers that allow them to shape democracy.

“We are seeing a group of people who understand they are in the minority view and are fiercely fighting to keep that view in power.”

In his leaked opinion, Alito says the court should “return the issue of abortion to the people’s elected representatives.” That means statehouses will decide. I wondered how you view that statement given the point you are making.

It is a wholly disingenuous argument. The whole point of having marriage equality or the right to choose be a constitutional right is it’s not subject to the will of voters back in the states. Alito is saying, “Let’s move this away from the category of being protected.” His fallback is “Well, yes, it may go back to states, but abortion protections will still be subject to the voters.” He leaves this idealized impression that the voters will determine this.

But this decision will go back to states that are no longer functioning democracies. This is not throwing a right that is still viewed as a constitutional right back to states for majorities to decide. It’s putting the fate of that right in the hands of minorities — meaning the minority political view that has locked itself into power through gerrymandering and other tools of voter suppression.

How do you see the attacks on democracy coming in to play in terms of abortion rights?

A lot of the people who get caught up in voter suppression would probably be most directly impacted by this decision if they do get rid of Roe v. Wade. Younger voters are often the ones that are most caught up, poor voters. They are the ones excluded from the small “d” democratic conversation.

What we see here goes back to what happened in Buffalo the other day [the site of the mass shooting that targeted Black shoppers]. We are seeing a group of people who understand they are in the minority view and are fiercely fighting to keep that view in power, knowing that a robust democracy would mean their view wouldn’t be in place.

You and others have connected the anti-democratic movement in the states to the rise of the American Legislative Exchange Council (ALEC), the corporate-funded organization that writes model bills for conservative state legislators. Can you talk a little bit about this organization and its role?

I would characterize statehouses as the Achilles’ heel of American governance. They are the place where you can get a minority viewpoint most effectively pushed into place through law without any accountability back to the people. ALEC figured this out before anybody else, at least in the recent iteration. It’s not just each state being subject to in-state donors or right-wing groups. What ALEC has done is hot-wire all of these states so they work in conjunction and behave, as my book describes, as laboratories of autocracy. They’re always trying new things, always learning from one another. They organize these fancy conferences where these mainly small-town politicians are given their marching orders. They fly back to their state capitols. They get the things done.

“Companies are going to find themselves having been called investors in extremism in the way that Disney found itself having to say something about the ‘Don’t Say Gay’ bill in Florida.”

I was really interested to read in your book that ALEC launched with a focus on abortion politics and then broadened out to focus on what conservatives call “economic liberty.”

My perception is that when ALEC was initially focused on the abortion battle, it didn’t really take off. Once the group aligned with deep financial interests, all of a sudden that provided a heck of a lot more support to build something really big. That really turned it from a sleepy operation into something that really grew very quickly. All of a sudden, you have corporate entities funding ALEC, sponsoring legislators. And the people investing in the infrastructure that became ALEC began to see a really great return on their investment.

You know, it’s not just deregulation that they focus on; it’s utilities and telecom and energy and you name it. Private, for-profit school operations, like we’ve been stuck with in Ohio. That ALEC investment doesn’t just go to a donation to some social cause. It’s a model of investment in politics that gets returned many times over in profits. This is better than spending millions on lobbyists in Washington.

The other point I’d make is that when ALEC-supported legislators did win across the country in 2010 and had the opportunity to gerrymander in 2011, they took over a lot of statehouses for the whole decade. That’s when they saw just what an effective contraption they had created. When Bush was president, there were Democrats in all these statehouses. After 2011 is when they really saw great Republican control over statehouses.

Can you say more about who won during this period?

It’s separate and bigger than the Republican party. I loosely refer to it as the Koch brothers. But it’s the Koch brothers and other far-right interests and corporations that saw that their agenda could be best accomplished through these states and statehouses.

These companies are going to find themselves having been called investors in extremism in the way that Disney found itself having to say something about the “Don’t Say Gay” bill in Florida. [Disney is not part of ALEC’s private-enterprise advisory council but has donated hundreds of thousands of dollars to legislators who voted for Florida’s “Don’t Say Gay” legislation and to Governor Ron DeSantis.] These companies have a choice to make: Do they want to be Disney, where all of a sudden they’re having to answer to shareholders and employees asking, why are you investing in hateful legislation, divisive legislation, attacks on your own employees? Can you defend it? The answer will be: They can’t defend it. A consumer-facing company like Disney will not be able to defend against the attacks that they end up having invested in.

“The federal government has a major role to play. That’s why voting-rights legislation should pass. But if that’s all we do, it’s not enough.”

One compelling illustration in your book of the lack of accountability faced by state legislatures is Senate Bill 5, anti-collective bargaining legislation pushed in Ohio, which your state’s legislature adopted in 2011 in spite of the bill’s unpopularity. Can you talk about that?

Senate Bill 5 would have essentially eliminated collective bargaining in any public employment. Culturally, Ohio is a pro-labor, pro-collective bargaining state. This was [then-Governor] John Kasich’s effort to basically gut collective bargaining for public employee unions including police officers and firefighters, so backers really embraced the third rail. It passed. Most Republicans, although not all, voted for it. Then we had the opportunity to do a referendum in Ohio. Signatures were gathered, millions of them. It went up for a vote, and it got absolutely destroyed on election day, humiliating Kasich. A year later in 2012, when Obama was getting reelected in a blue Ohio, only one Republican house member who voted for the bill and ran for reelection actually lost their office. This shows that you can embrace the most toxic issue imaginable, it can go as bad as anything could go, and you’re still getting reelected.

You say the crisis of democracy originates in the states, and the solutions also lie there.

Yes, the federal government has a major role to play. That’s why voting-rights legislation should pass. But if that’s all we do, it’s not enough.

My hope is the book calls upon everyone who cares about democracy to see that there’s a lot more you can do in this battle for democracy than you think. A lot more you can do on a local level to make a difference in terms of battling voter suppression or purging voter rolls. In the book, I go through 30 different steps [for safeguarding democracy].

Who Is Steve Marshall? And Why Is Corporate America Still Supporting Him?