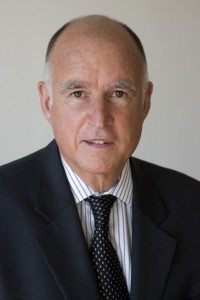 In 2008, Governor Arnold Schwarzenegger signed SB 375, the first piece of legislation in any state that tied transportation choices to greenhouse gas emissions and global warming. The legislation, authored by Senator Darrell Steinberg, required that planning regions create transportation plans that would reduce Greenhouse Gas emissions to 1990 levels by 2020.

As more and more regions adopt these plans, an obvious flaw is emerging. Plans are only as good as the money that exists to implement them. With funding scarce, many of these plans will likely gather dust.

Steinberg went back to work. His first piece of legislation to address this shortfall was vetoed by Governor Brown last year. Brown felt that the timing wasn’t right for legislation that gave municipalities the power to create agencies similar to the Community Redevelopment Agencies he had just ordered dismantled. That didn’t stop Steinberg from reintroducing similar legislation, SB 1, this year.

SB 1 authorizes cities and counties to form a Sustainable Communities Investment Authority in areas around transit hubs that can enact specific Smart Growth and transportation plans. This bill would also authorize the Authority to utilize tax increment financing for the Sustainable Communities Investment Area, as long as certain economic development and planning requirements are met.

“We are very excited to be working on a bill that will leverage Los Angeles’ massive build out of transit and promote sustainable development nearby so we can all live and play near our work, have access to good jobs and affordable housing, said Jackie Cornejo, Director of the Construction Careers Project at LAANE (Los Angeles Alliance for a New Economy). This is an ambitious bill that seeks to create a whole new vision of equitable development for every community in our state.”

Twenty-five percent of the resources of the new agencies will be spent on affordable housing for low- and moderate-income families. Steinberg’s bill would require independent financial audits every five years. Similar legislation was introduced by Assemblyman Luis Alejo that does not have the affordable housing component, but that legislation is not moving in either chamber.

“The state is finally promoting regional planning for sustainable communities, but with few resources to get the job done. SB 1 will help cities deliver walkable, affordable communities with great transportation options. What’s more, the bill includes critical language protecting residents and supporting production of new homes affordable to all Californians. SB 1 recognizes that a successful community must provide for all its residents.” said Stuart Cohen, Executive Director of TransForm, a statewide non-profit promoting sustainable communities.

SB 1 has already passed the Senate and will be heard by Assembly Committee on Wednesday. Environmental groups, organized labor, advocates for lower income residents, business associations, and even the California Association of Realtors are supporting the legislation.

Thus far, there is no organized opposition, although there are a scattered group of activists claiming the legislation will lead to government confiscation of rural and suburban land in massive scales. This unorganized campaign has been enough for some Republican senators to vote against the bill in the Senate, but there is little chance the opposition could stop it in the Assembly.

So, the question is: will Jerry Brown sign the legislation?

In his veto message of SB 1156 last year, he claimed the timing was wrong. CRAs were still winding down, so creating successor agencies was inappropriate. In just a year, the majority of the CRAs are shuttered, but not all of them are. Whether the remaining agencies will provide a good enough reason for Brown to exercise his veto pen again, remains to be seen. The Governor’s Office has refused to answer questions on the legislation until it reaches his desk.

(Damien Newton is the editor of Los Angeles Streetsblog, which first published this post. Republished with permission.)

Behind the Stirring Among Low-Wage Workers