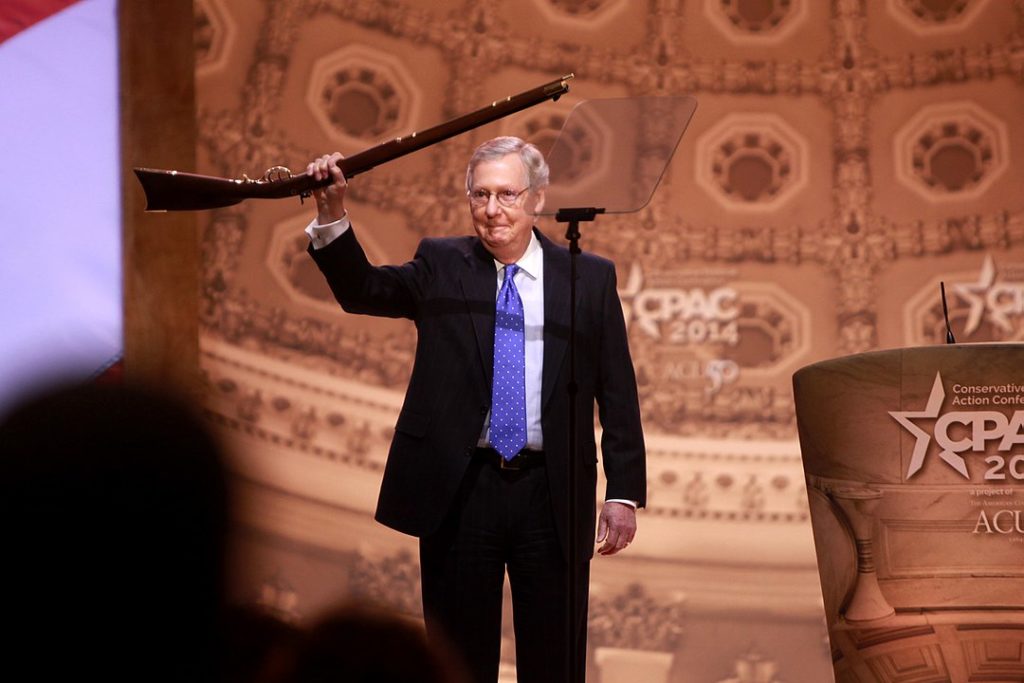 Editor’s Note: This week Capital & Main debuts “The Heat 2020,” reporter Judith Lewis Mernit’s column exploring the nexus of climate change and politics in the current election year. While the past decade has been the hottest on record, climate change has yet to become a defining issue on the campaign trail. Will it once again get lost in the smog of rhetoric? Or will voters alarmed by apocalyptic wildfires, rising sea levels and catastrophic storms elect candidates committed to aggressive action on climate change? “The Heat 2020” will cut through the sound bites and press releases to answer these questions and chronicle a most fateful year for our environment and country.

Scott Shoupe has always been a Democrat. A fourth-generation coal miner, the 45-year-old native of Harlan County, Kentucky, worked underground as a foreman for 22 years, politically at odds with most of his co-workers, who believed Republicans were fighting on their side in the “war on coal.” But lately, he says, the conversation has begun to change. Privately, people will admit to him that they know coal is over and the climate is changing; publicly they’ll say the region needs the jobs a Green New Deal could bring.

Shoupe is careful not to overstate his case: Eastern Kentucky’s coal country didn’t go blue in the November 2019 governor’s race, when Democrat Andy Beshear beat incumbent Republican Matt Bevin by a small but decisive margin. It only went from red to a pale shade of pink. In other state races, Republicans still won. But Beshear’s victory nevertheless gave Shoupe hope.

“It shined a light on a lot of things,” says Shoupe, in the slow, diphthong-rich drawl common to Appalachia. While he talks, he intermittently takes off his baseball cap and runs a hand over his clean-shaven head, as if to better crystallize his thoughts. “It brought out the importance of who we are and who we have representing us in [government]. And that there are a lot more good people in this state than there are bad.”

Last year, Shoupe launched his own renewable energy business, and he now makes his living retrofitting buildings for energy efficiency, building solar arrays and traveling around the U.S. installing solar thermal modules that produce clean water from the air. He dreams of one day bringing the technology to Harlan County. Whether he can, he believes, depends at least in part on whom Kentuckians choose for U.S. senator in November. “I think Mitch [McConnell] is in danger,” he says, referring to the Senate majority leader. “He’s turned his back on a lot of people,” including eastern Kentucky’s current and former coal workers.

In February 2019, a Public Policy Polling survey found that only 33 percent of Kentucky voters approve of McConnell’s job performance. Forty-five percent would still choose the incumbent over a Democratic challenger, but not enthusiastically: Even 44 percent of Republicans polled think it’s time for the Senator to move on.

The recent slump in McConnell’s popularity owes mostly to his attempts to roll back the Affordable Care Act. But in a roundabout way, it’s about climate, too. Climate concerns, dwindling reserves and market pressures have driven coal to near-obsolescence, and McConnell has done little to support the necessary transition coal workers will need to make as their industry bottoms out. He has allowed Congress to halve the tax coal companies pay into a fund that supports black lung sufferers and their families; he only recently signed off on funding miners’ pensions, but without restoring the black lung tax as Sen. Joe Manchin had proposed in an earlier pension bill.

And over three legislative sessions, McConnell has refused to move an important piece of legislation that could immediately put dislocated coal miners to work. The RECLAIM Act “would create thousands of jobs fixing unreclaimed mine features in communities devastated by the decline of coal,” according to testimony Eric Dixon of the Appalachian Citizens’ Law Center delivered to Congress last March. The legislation was introduced with bipartisan support in both the House and Senate in 2016, 2017 and again in 2019, but McConnell has never allowed it to come to the floor.

“You’d think it would be a no-brainer,” says Lane Boldman, director of the Kentucky Conservation Committee, who has investigated the impact of job-killing mountaintop removal mining. “But whenever there’s a big pot of money at stake, people are going to use it for leverage.” The question is how much longer Kentucky coal miners will tolerate having their economic futures used as leverage.

Six candidates have filed to run in the Democratic primary, with three leading the pack: former Marine fighter pilot Amy McGrath, state Representative Charles Booker, and Mike Broihier, a retired Marine officer hoping to unite the state around economic justice. McGrath has raised an impressive $17 million since her campaign began, including $6 million in the last quarter of 2019. Booker formally declared his candidacy only on January 5 but has wide support among younger progressives. Broihier declared in May, and as of September 30 had close to $60,000 in his campaign coffers. All three acknowledge the reality of climate change. 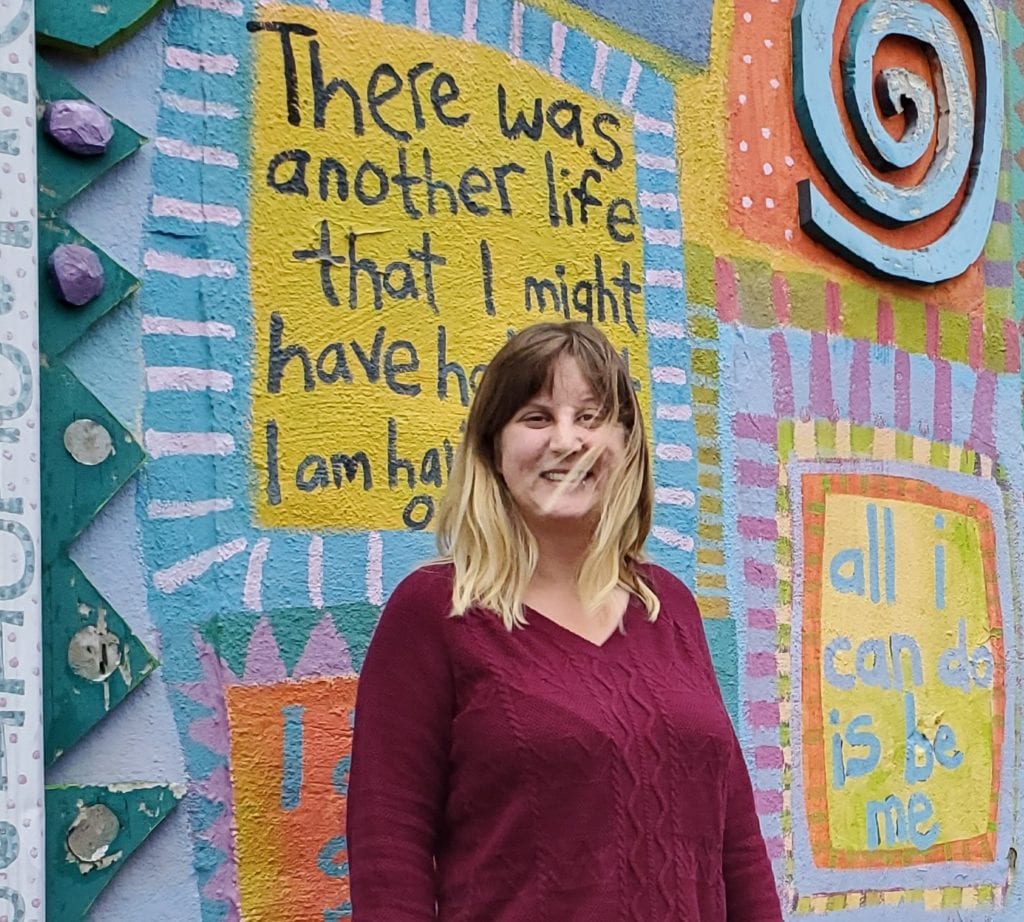 Cara Cooper, 32, a 16-year veteran of the youth climate movement who advocates for solar energy in the state capital at Frankfort, thinks such climate awareness could help get voters in her generation and younger out to the polls. But even in Kentucky’s Republican-dominated legislature, the word “climate” has begun to come up, if only because a transition to clean energy means economic development.

What happened to SB 246? California state Sen. Bob Wieckowski (D-Fremont) introduced a bill last year to collect from oil and gas companies what every other oil and gas-producing state imposes: A tax on the value of minerals extracted, or “severed,” from the ground. It was held before any hearings or votes, with the promise that the senator could bring it up again in 2020. Which he did: this time with a hearty list of endorsers, including State Treasurer Fiona Ma, the California Teachers Association and almost 20 other individuals and organizations. (Disclosure: The CTA is a financial supporter of this website.) The bill was on the agenda for the Senate Government and Finance Committee’s January 15 hearing. But the day before that hearing, without explanation, Senate Bill 246, the “oil and gas severance tax bill,” was struck from the agenda. As of press time, the press officer for committee chair Sen. Mike McGuire (D-Healdsburg) had not returned calls for official comment. But the move bodes ill for expectations that a new administration in Sacramento will prioritize climate when its decisions affect Big Oil.

Sunrise for Bernie: The two-year-old youth climate activist group, the Sunrise Movement, has added Vermont Senator and presidential candidate Bernie Sanders to its growing list of endorsees, who also include Kentucky U.S. Senate candidate Charles Booker, Massachusetts Senator Ed Markey and Jessica Cisneros, a 26-year-old human rights lawyer, who is a candidate for Texas’ 28th Congressional District. The organization also praised Elizabeth Warren, who won 17 percent of the members’ votes, compared with Sanders’ 76 percent, for regarding the Green New Deal as “a governing lens, not just a singular piece of legislation,” and for crafting a detailed climate plan. But in the end, Sanders’ consistency, “political courage” and demonstrated understanding of the interconnectedness of climate action and human rights, mattered more.