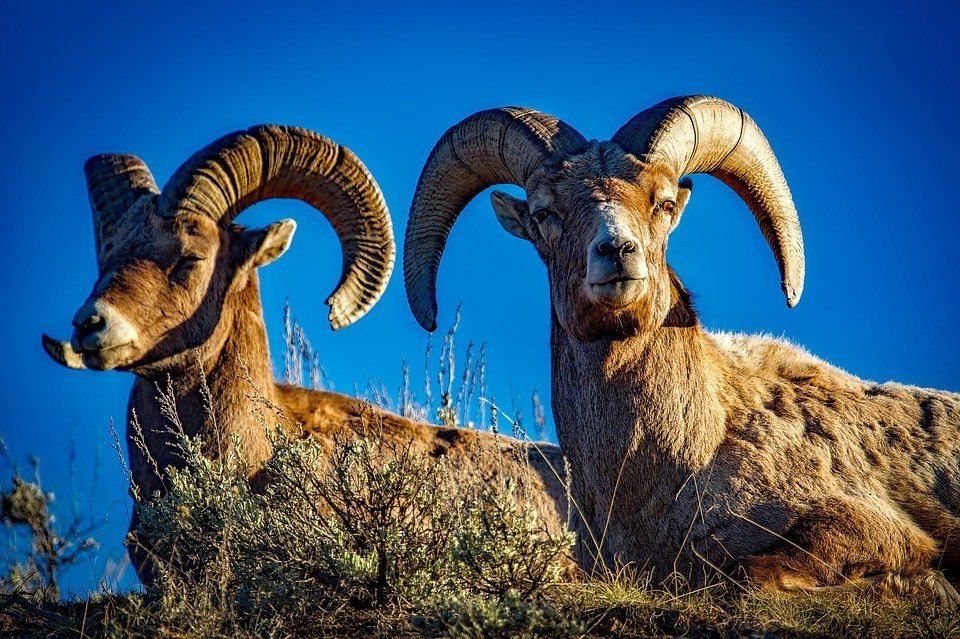 No political party has a monopoly on
anti-environmentalism, nor has California
always been a beacon of green.

Deep in the eastern Mojave Desert, rainwater trickles off limestone and granite mountains and collects in the crusted sponge of the desert’s ancient soil. The moisture feeds ephemeral lakes and seeps that bubble up in winter storms; it sustains springs that nurse wildlife through punishing summers. When it percolates beneath the surface, it replenishes aquifers whose contents date back thousands, even millions, of years.

Scott Slater, the CEO of Cadiz, Inc., thinks that water is going to waste. He would like to pump it out of the ground and sell it to thirsty Southern California cities, exploiting water rights granted to grow lemons and avocados on the company’s 45,000 desert acres. For years, Slater and his cohort have been trying to launch their water-mining project, but the company has hit roadblocks—money has come and gone, buyers have signed contracts and later pulled out. Mostly, though, there’ve been state and federal laws to contend with. It turns out environmentalists don’t all agree with Slater that drawing water from the hydrologically fragile desert counts as “conservation.”

In the two decades that I’ve been aware of Cadiz, I’ve come to look at its proposal as one of those harebrained ideas that pop up periodically when drought strikes fear in the hearts of Southern California water managers. I’ve filed it away in the same category as entrepreneur Ralph Parson’s 1961 proposal to tap subarctic Canadian rivers for California drought relief, or Los Angeles County’s investment in seeding clouds to bring on the rain. The Trump administration, however, has suddenly made Cadiz seriously viable again. The $250 million “Cadiz Water Conveyance” project ranks 15th on Trump’s list of 50 national infrastructure investment priorities.

In April, the Department of the Interior, under Secretary Ryan Zinke, reversed a 2015 decision that would have kept Cadiz from routing its 43-mile-long pipeline along railroad rights-of-way. That meant the pipeline would only briefly cross public land on its way to the Colorado Aqueduct, and wouldn’t require a long and expensive environmental review to comply with federal law. In the same order, Interior stripped the California field office of the Bureau of Land Management of its authority to make future decisions on those rights of way. From now on, the federal office will make the call.

Next, on April 28, the administration nominated David Bernhardt as a Deputy Interior Secretary, a position that holds nearly all the authority of the Interior Secretary itself. (Bernhardt was confirmed today.) Bernhardt held several positions in the George W. Bush administration’s Interior Department, but the bulk of his career has been spent as a lawyer and lobbyist with the Washington, DC-based firm Brownstein Hyatt Farber Schreck. Serving on that firm’s executive committee as a shareholder is a well-known water lawyer named Scott Slater.

According to Bettina Boxall in the Los Angeles Times, “Brownstein Hyatt has collected $2.75 million in lobbying fees” from Cadiz in the last seven years. Some of those payments have been made in the form of stock shares. Cadiz has issued 200,000 shares to Brownstein Hyatt already, and will match that amount if the project gets built.

Bernhardt promised, in a May 1 letter, Interior’s ethics office to withdraw from his law firm once he’s confirmed. Sen. Maria Cantwell (D-Washington) asked Bernhardt during his nomination hearing whether that means he’ll decline to participate in decisions that benefit the firm for longer than two years. The nominee demurred.

“I’ve signed exactly the same agreements as other folks who were reported out of committee with your support,” he said.

Frazier Haney, conservation director of the Mojave Desert Land Trust, a nonprofit concerned with preserving desert history and ecosystems, finds that answer disturbing. “The nomination of Bernhardt is the opposite of draining a swamp in DC,” he says. “But it could end up draining actual springs.”

A single disappeared spring can mean death to a struggling population of bighorn sheep whose home is in the Mojave where the Cadiz water lies, adjacent to Mojave National Preserve and bounded by Joshua Tree National Park on the south. Long-rooted plants, known as “phreatophytes,” reach deep into the water table to sustain themselves, sometimes, in the case of creosote, for thousands of years. Migrating birds, too, follow water through the desert.

“We think of it like island chains,” says Haney. “On water, birds migrate between island chains to find food. In the desert, those springs are the islands.”

Some of the seeps are no more than a puddle at the surface, enough to dampen the muzzle of a passing bighorn. Others are a half-mile long with resident populations of frogs. A key motivation for the February, 2016, designation of the 1.6 million-acre Mojave Trails National Monument was the presence and continued viability of those wetlands. One in particular, Bonanza Spring, “feeds a half-mile corridor with towering willows and cottonwoods,” writes Chris Clarke, a journalist and desert naturalist. “There are no similar wetlands within a thousand square miles of Bonanza Spring, and the tadpole-filled bosque is a crucial stopover for migrating birds.”

Cadiz documents claim that pumping from the groundwater basin would not affect Bonanza Spring, or any other springs in the nearby monument or the Mojave Preserve to the north. The project proposes to mine 50,000 acre-feet of groundwater every year. An acre-foot is the amount of water it would take to cover an acre, one-foot deep; an average person uses about half an acre-foot every year. That means water from the Cadiz project would sustain about 400,000 people over the course of its 50-year project life, or 100,000 households.

But no one seriously believes that enough water drains into the desert valleys to replenish that kind of profligate squander in an ecosystem that gets an annual four to 10 inches of rainfall. A 2012 lawsuit filed against the project by the Center for Biological Diversity cites the findings of U.S. Geological Survey hydrologist John Bredehoeft, who concluded that recharge to the aquifer was a small fraction of the official Cadiz estimates.

“The most probable range of recharge,” he found, “is 5,000 to 6,000 acre-feet per year” — just about the amount Cadiz’s current agricultural operations use. And that water qualifies only as “non-consumptive” use: It returns in time to the aquifer.

Nor is there any scientific basis for Slater’s claim of “waste.” An environmental impact report prepared by one of Cadiz’s prospective customers, the Santa Margarita Water District in Orange County, California, states that the groundwater to be mined would otherwise percolate upwards into two dry lakes, where it evaporates. Without the Cadiz project, “three million acre-feet of groundwater . . . would become saline and evaporate over the next 100 years.”

That evaporation on dry lake beds is known as “playa discharge.” In the desert it serves a purpose, hydrating plants, and insects draw moisture from the air. Pumping water from the Owens Lake into the Los Angeles Aqueduct caused air quality in the dry Owens Valley beneath the Sierra Nevada to deteriorate so badly courts ordered the Los Angeles Department of Water and Power to return some of that water to control dust. Some of this water necessarily evaporates. No one would call it waste.

It’s true that the Cadiz water pumping project has been reinvigorated by the anti-environmental priorities of a Republican administration. The rollback of previous guidelines that held the project back belongs in the same category as Trump executive orders and congressional actions, under the Congressional Review Act, that have canceled Obama-era protections on hibernating wildlife and urban air quality. They are actions taken in defiance of peer-reviewed research for the benefit of corporate financial gain. And for Cadiz, the gain is significant: Metropolitan Water District retail rates for treated water have doubled over the last decade; what once cost $500 now sells for $1,000. Cadiz, which will offer its water for a reasonable-by-today’s-standards $960 per acre foot, stands to make $2 billion over the next half century.

But bad science for profit isn’t the exclusive province of conservatives. In the late 1990s when the Cadiz water scheme’s first CEO, British entrepreneur Keith Brackpool came up with a $150 million plan to bank excess Colorado River Water in the aquifer on behalf of the Metropolitan Water District (the Met), the effort was deeply wound into the fabric of the state’s Democratic politics. After his election in 1998, Gov. Gray Davis appointed Brackpool to an important transition committee on water. The Democratic governor was also a key figure behind a water bond that passed in 2000, and he would have helped fund Cadiz with $50 million in bond money.

The Met, citing “significant financial risk,” pulled out of the Cadiz deal in 2002, but four years later, then-Los Angeles Mayor Antonio Villaraigosa lobbied for urban planning expert and former Democratic state Assemblyman Richard Katz to head the Met’s board. Katz himself was a Cadiz associate; his wife, Wendy Mitchell, for a time served as the company’s director of external affairs. Katz lost out to Jeffrey Kightlinger, in part, said Met board member Bill Wright at the time, because “we were very suspicious of Cadiz.”

It’s worth fighting off “recency bias”—our natural tendency to weight new events as more significant than those past—when talking about Cadiz. No political party has a monopoly on anti-environmentalism, nor has California always been a beacon of green. Sen. Dianne Feinstein, a fierce protector of the Mojave Desert, has opposed Cadiz. But U.S. Rep. Tony Cárdenas was among the 16 members of Congress who signed a March 2 letter to Interior Secretary Zinke, pleading to give Cadiz a reprieve from the harsh rules Obama’s Interior Department, under Sally Jewell, imposed upon its project. Cárdenas, a liberal Democrat from the San Fernando Valley, last year bravely spent the night debating gun control on the House floor.

Cadiz CEO Slater donated $2,500 to Cárdenas’ last Congressional race, but I don’t think that explains it. Instead, the persistence of Cadiz on both sides of the political aisle in California has to do with the lingering belief that rural desert resources—be it space for landfills and energy plants, bomb-testing grounds or access to minerals and water—exist for the comfort of our coastal cities. “Beneficial use” in this view means for the benefit of who can turn a profit.

“Access to new water supplies is extremely critical to the continued vitality of our cities,” Cárdenas wrote in a document defending Cadiz, as if water to sustain 400,000 people offers even trivial relief to a metropolitan area of 13 million. In response to my request for a comment, I received an invitation to his next town hall.