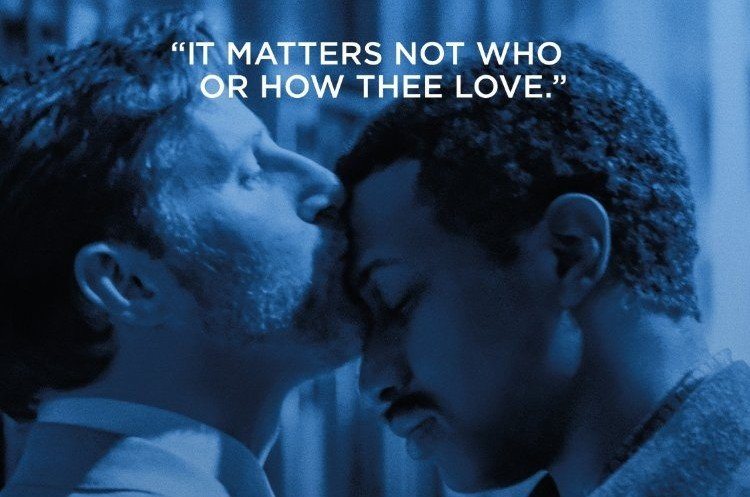 The mere fact that Dustin Lance Black’s When We Rise is on the air, even in 2017, is remarkable. Running a seven-hour miniseries covering the LGBT movement is a courageous endeavor for ABC in a time when a significant number of viewers still find its subject matter divisive and offensive at worst, and uninteresting at best.

This sad fact has provided the creators a unique opportunity to not only entertain, but to also enlighten people who are less tolerant and understanding. And that’s what makes their missteps that much more disappointing.

A tale that both honors LGBT heroes but also introduces these champions and their causes to the masses, When We Rise has been undermined by uneven writing and direction and, perhaps more important, by a failure to reach across the ideological divide.

Creator Black is seemingly the right man for the job, having already penned the acclaimed Milk biopic about the legendary San Francisco city supervisor/activist Harvey Milk, for which he won the Oscar for Best Original Screenplay. His participation gives immediate credibility for those already familiar with the topic. Black could have gone high and introduced his characters by emphasizing robust personalities and their passion and struggles, making them underdogs for whom to root in our age of egregious intolerance. Instead, he goes low.

Black focuses on three seminal figures in the gay movement, all played by a young actor and then an older one, as they journey to San Francisco and pass through nearly half a century, illuminating a cross section of those fighting for LGBT causes. There is Cleve Jones (Austin P. McKenzie and Guy Pearce), a wide-eyed young Caucasian with model looks who would eventually become a student intern working for Milk, and who was one of the first people to see the assassinated supervisor’s lifeless body. We also watch legendary woman’s rights activist Roma Guy (Emily Skaggs and Mary-Louise Parker), a woman whose radicalism and sexuality are awakened all at once. Rounding out the triptych is Ken Jones (Jonathan Majors and Michael Kenneth Williams) an African-American sailor who went on to become a pioneering activist, but not before having to subjugate his sexuality in the service, deal with racism in both the straight and gay worlds, and endure extreme homophobia in the black community.

Before Black decides to show these figures and their epic stories of personal struggle, he makes a curious choice: They each appear locked in a libidinous and illicit embrace with a separate lover. It’s a bold creative choice, made rather less profound by the fact that the objects of their lust all look like Abercrombie and Fitch models. Every time things boil over, it’s as if a Bruce Weber doc has suddenly broken out on primetime. To viewers, this comes across as a shocking start for sure, but also emerges as a disservice, a harsh and facile distraction from these heroes’ coming exploits.

Once the lips and limbs unlock, the 90-minute pilot then follows our triumvirate on its burgeoning journey of private sexuality and public activism. The directing and writing bounces between riveting scenes of societal discomfort and awkward dialogue during activist meetings that is less special and more Afterschool Special. One minute Ken watches in horror as patrons are roughed up as they are forced out of a gay bar in a powerful scene of confusion and chaos, and then the next Cleve watches San Francisco cops beat a gay colleague in a clunky scene right out of a comic book. Speaking of comics, Rosie O’Donnell and Whoopi Goldberg have supporting roles and their broad acting is only obscured by their atrocious coifs, which suggest they shop at the same bad wig shop.

Meanwhile, the three primary figures hurtle through history until they eventually encounter each other in a convenient and presumptive collision of purpose. It’s so pat, one can almost see the lesson plan passed out in schools across America to accompany screenings of the miniseries.

Related Topics:LGBT Issues
Up Next

Whitemare on Elm Street: Jordan Peele’s “Get Out”

‘Lyrics From Lockdown’ Is a Powerful, Poetic Reflection on Incarceration