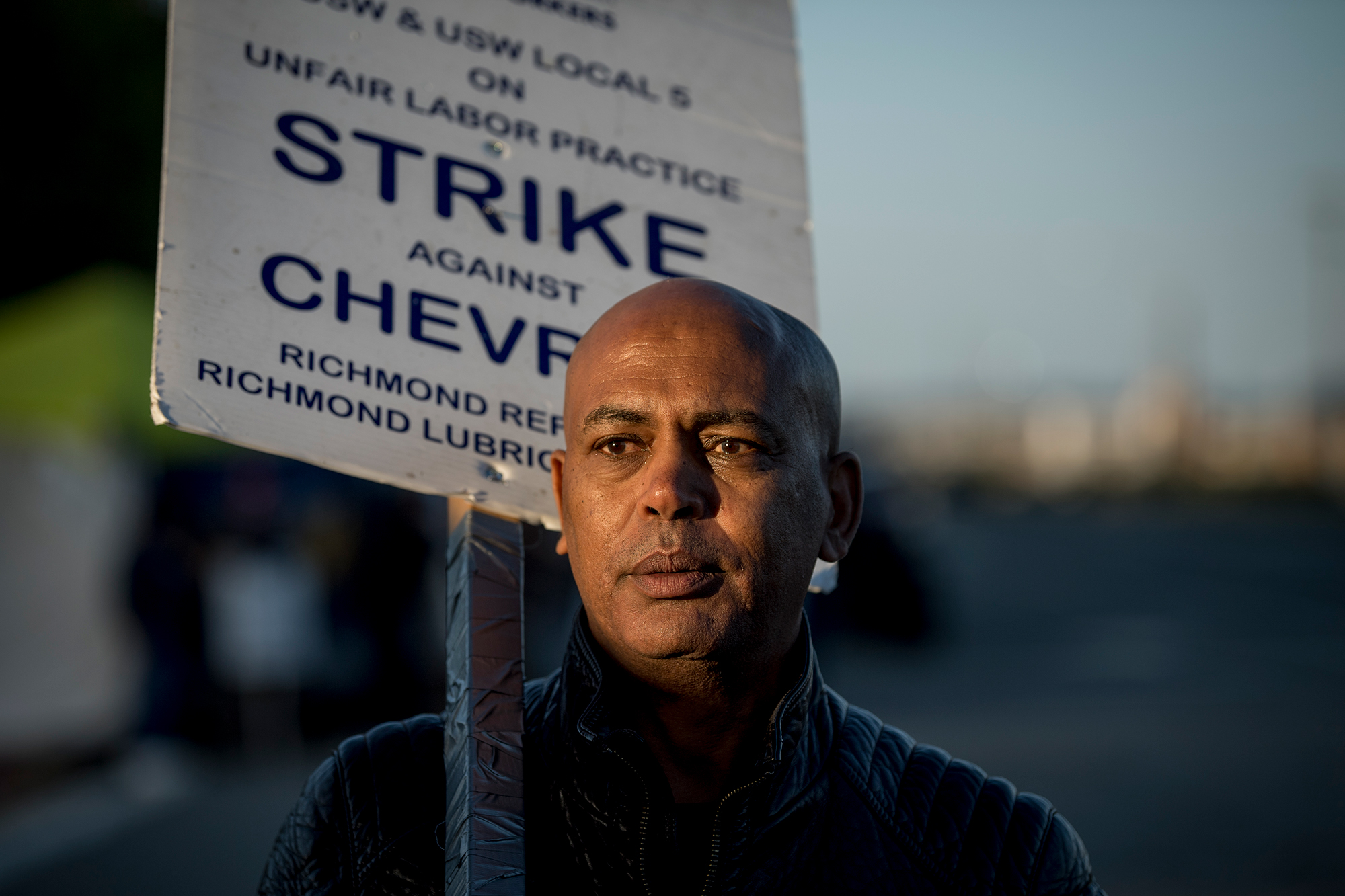 Tefere Gebre’s biography has touched on the major crises affecting the planet: the massive rise in refugees, skyrocketing economic inequality and climate change. The first of those cataclysms was thrust upon him when he was just a teenager.  He fled the civil war in Ethiopia, enduring a perilous 2½ week journey through the desert. “Sometimes you’d find yourself where you were a week ago,” he told Orange Coast magazine in 2014. He spent five months in a refugee camp in Sudan before arriving in Los Angeles, where he attended high school.

As an adult, Gebre became active in the labor movement, organizing trash sorters in Anaheim and holding leadership positions at the Orange County Labor Federation and the AFL-CIO, where he served as executive vice president. In February, he took the position as chief program officer at Greenpeace USA, the 3 million-member direct action organization known for its high-profile banner drops, opposition to whale hunting and campaign against plastic waste.

Capital & Main spoke to Gebre two days before Greenpeace held its first-ever protest in solidarity with fossil fuel workers. Two boats with activists from Greenpeace USA and United Steel Workers Local 5 members formed a picket line from land into San Francisco Bay as an oil tanker headed to Chevron’s Richmond refinery in what Gebre described as “a genuine attempt to build a transformational relationship” with the striking workers. Nearly 500 refinery employees went on strike over safety and salary concerns in March. The two sides have yet to come to an agreement. The oil tanker crossed the picket line, according to sources at Greenpeace. Capital & Main: You’ve been a labor leader for most of your career. Can you talk about why you decided to make this move?

Tefere Gebre: In 2017, I had my first child, who’s now 5 years old, and she brought a lot of things into perspective for me. I’m worried sick that if things continue the way they are, I’m never going to see her graduate from high school or college. I just felt like she was going to hold me accountable.

I also know that the workers’ movement is going to be crucial in actually solving this problem. We have been fed wrong choices and wrong narratives for years. Either we have to take good paychecks, family-sustaining paychecks, or choose to breathe clean air. I don’t think that’s a choice.

Is your appointment to this executive position at Greenpeace a sign that Greenpeace is moving in a new direction?

Absolutely. Eight years ago, 13% of Greenpeace’s staff was BIPOC [Black, Indigenous and people of color]. Today, it’s 52%. It is by design. In a real way, they want to do equity and inclusiveness. I’m the first immigrant and Black man they ever had in a leadership position.

“We know, at the end of the day, those large corporations are going to try to profit from the new, cleaner energy sources. But they have no plan to transition fossil fuel workers into that sector.”

How are you going to build the partnership between labor and the environmental movement in your current role?

I’m going to talk directly to fossil fuel workers, those who work at the refineries, and those who work to actually take the oil out of the ground. I want them to actually imagine a better life for themselves, and explain that the environmental movement — at least Greenpeace — is not against them. We’re with them. We’re against the people who take advantage of them at work and would take advantage of their community, and pollute our environment.

To the environmental movement, I will bring the perspective that we don’t just fight for solar panels and wind. We also have to fight for those jobs becoming family-sustaining jobs and union jobs.

When I think of Greenpeace, I think of bold acts of civil disobedience, confronting oil tankers at sea and so forth. Labor unions are often interested in pocketbook issues that affect people’s daily lives. How do you bring these two movements together?

Some in the building trades specifically have had clashes with the environmental movement. For a long time, when I was in the labor movement, I used to say, “They are letting you fight their dirty fight.” We know, at the end of the day, those large corporations are going to try to profit from the new, cleaner energy sources. But they have no plan to transition fossil fuel workers into that sector. They just make them do their dirty fight [against environmental regulation].

They don’t have any conversation with their unions about how they’re going to transition into [clean technologies]. They just scare them about their current job, and say, “The environmentalists just don’t care about you,” and all that stuff. So it’s on us to prove them wrong, and be laser-focused on who the enemy is here. Not the workers. It’s the corporations.

“It’s a mystery to me how people are not really, really outraged that Exxon gets billions of dollars from the government for free.”

There’s obviously an incredible urgency to the climate crisis. And this work of building partnerships across constituencies takes time and patience, trial and error. Is there time to do the work that needs to be done in that area?

We have to do this as quickly as possible. We believe that we are in a climate emergency right now. The thing is, how do we get our government to respond to that emergency? Our government was willing to print all kinds of money because of a pandemic … Now, just imagine, if our government actually puts a trillion dollars onsite for incumbent fossil fuel workers and says, “Go innovate your future job, and help us build clean energy.” What would happen?

Clearly, they have a lot of power and resources. Do you think that explains it?

The lack of investment [in clean energy alternatives] is a problem. I have met with people who believe they have the technology to make dissolvable plastics, for example. You can have your Safeway plastic bag and put it in the water. It will stay there for a million years. They have plant-based plastics that can dissolve.

I ask them, “How can we get this to market?” Their answer to me was that they can’t compete with the fossil fuel industry, about 45% of which is plastics. That’s what they use fossil fuels for.

You can’t do both. You can’t be feeding something you’re trying to kill. It’s a mystery to me how people are not really, really outraged that Exxon gets billions of dollars from the government for free.

Here’s the core of it. There ain’t going to be any jobs on a dead planet. And I think the more workers understand that the more they are willing actually to look at the longer view of this.

That’s a pretty stark phrase. And getting people to believe that the government can and will do enough to avoid the worst impacts seems to be one of the key challenges.

In a democracy, people are the government. They can make the government do it. That’s why we need to activate and actually demand. When voters demand things, they get what they want.