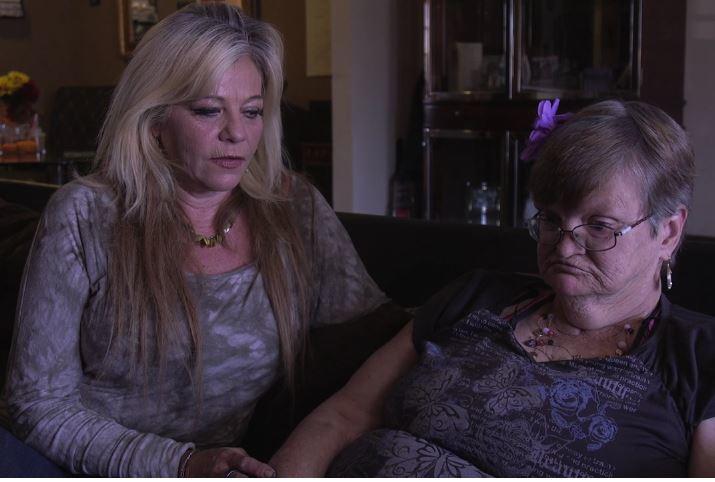 Toni Monique is an in-home caregiver who talks like a political philosopher. When she is not helping her sister, Tonya Ginn, in Buena Park, she volunteers with the United Domestic Workers union that represents 94,000 California home care workers. (Disclosure: The UDW is a financial supporter of this website.) When told that the Freedom Foundation, an organization with financial ties to right-wing billionaires Charles and David Koch, had recently moved into California to try and undermine her union, she got downright angry.

“They [Freedom Foundation] say they are fighting for freedom,” she said of the foundation. “Well, we should have freedom to put food on the table, food in our stomachs, transportation and a roof over our heads. That’s freedom.” The political philosopher Isaiah Berlin famously distinguished between “negative freedom” — the ability of people to act “unobstructed by others” – and “positive freedom,” the need to act collectively to avoid being ground down by circumstance or constrained by limited resources. Berlin wrote about political theory. Toni Monique and Tonya Ginn are living it.

After years of separation, Toni found her sister three years ago languishing in a Sacramento nursing facility and brought her to live at her small Orange County home. Ginn, who has suffered from a number of physical and mental disabilities, had lived on the street for years, moving in and out of hospitals and other care facilities. “My sister was being treated like an animal,” Toni said, sitting on the sofa next to her sister on a recent weekday morning. “We now have a good life together,” Ginn added.

Under California law, through in-home support services a relative or other caregiver can assist a disabled or aged person at the home of the client or caregiver. Funded through federal and state monies, and administered by counties, 70 percent of help providers are related to those they care for. Toni, who makes the average wage of $10.20 an hour, takes home less than $20,000 a year.

The United Domestic Workers fights to protect the program as well as boost the wages and benefits of its members. The Freedom Foundation has recently moved to California put a stop to those efforts. Brian Minnich, the foundation’s executive vice president, tells Capital & Main it has moved into California to inform government employee union members that “they have a constitutional right to leave the union.” He points to a 2014 U.S. Supreme Court decision that ruled workers who were not fully-fledged public employees did not have to join the union as a condition of employment.

The Freedom Foundation was created in Washington State in 1991 by a former Republican legislator and gubernatorial candidate. The organization (formally known as the Evergreen Freedom Foundation) has long been active in libertarian causes and anti-regulatory crusades.

The group is also a member of the State Policy Network (SPN), a national web of conservative policy and advocacy organizations that have raised hundreds of millions of dollars from corporations and radical right-wing billionaires, including the Koch Brothers. Jane Mayer, whose book Dark Money outlines the origins, strategy and funding network of the SPN and similar groups, describes SPNs attempts to provide “cookie-cutterlike policy papers” that push privatization, the weakening of environmental laws, economic deregulation, tax relief for corporations and higher income earners, and anti-union legislation.

Mayer’s description reflects the Freedom Foundation’s activities in Washington State. According to the Center for Media and Democracy, a watchdog group that profiles organizations and individuals who are trying to influence public policy, the foundation has fought to reduce and restrict public employee pensions, advocated for stricter voter ID laws, pushed privatization efforts and run anti-union campaigns.

David Rolf, president of Seattle-based Service Employees International Union, Local 775, which represents home-care and nursing home workers, has engaged in ongoing battles with the Freedom Foundation. Rolf points to a time some years ago when his union would actually partner with the foundation on issues where the two organizations’ interests aligned: closing special interest tax loopholes, opposing government subsidies to private companies, good government reform. But more recently, Rolf says, the Freedom Foundation has “turned into a single-purpose anti-union operation in the guise of a 501(c)(3) charity.”

Through a strategy begun in Washington State that they are now rolling out in California, the Freedom Foundation obtained the names and addresses of some Local 775 members that they used to visit the members’ homes. During these visits, Freedom Foundation activists tried to talk home-care workers into quitting the union. Minnich stated that the organization is running the same sort of campaign in California but with different tactics. They have already produced anti-union TV commercials on cable channels in Orange County.

Minnich would not spell out in an interview why, exactly, his group would spend so much money to simply pass on the word about that Supreme Court ruling to low-wage caregivers. “I will say,” he hinted, “that one of the biggest issues that comes up is how their money is spent politically – they have no choice in how their money is spent.”

A number of people who have watched the aggressive tactics of the Freedom Foundation believe their primary goal may not be to hurt home-care workers (Minnich stated that he believes they are actually underpaid for the “yeoman’s work” they do) but to defund organized labor’s political activity. In addition to going door to door, a secondary strategy is the filing of lawsuits against unions, diverting their time and money.

Collin Jergens, who works for the Seattle-based progressive advocacy organization Fuse Washington, says that the Freedom Foundation’s legal and political strategy is transparent. “Their goal,” he says, “is to force unions to waste money on lawyers so they can’t spend those resources on supporting their membership.”

The Freedom Foundation’s anti-union obsession – their Washington State headquarters has a prerecorded antihome-care workers union message for callers on hold – fits neatly with the ideological thrust and political goals of their funders.

According to recently published IRS Form 990 tax records, which tax-exempt foundations are required to submit every year, the Freedom Foundation has received substantial contributions from DonorsTrust and the Donors Capital Fund, two “dark money” foundations that, in DonorsTrust’s case, Mayer describes as “screen[s] for the right wing, behind which fingerprints disappeared from the cash.” According to research conducted by Mother Jones writer Andy Kroll, DonorsTrust “…has funded the right’s assault on labor unions, climate scientists, public schools, economic regulations and the very premise of activist government.”

The foundations are called “dark money” vessels because current tax law does not require them to provide details about who donated money to them. But the Center for Media and Democracy has published a detailed outline about the linked funding network of corporate and right-wing contributors. Weakening home-care workers making $20,000 a year is not the best PR, even for conservative billionaires. But undercutting labor’s attempts to raise wages, build coalitions to decrease dependence on fossil fuels or to raise taxes on the wealthy – that’s an agenda that the radical right wing will fight for and fund.

Minnich acknowledged to Capital & Main that getting members to quit the union has “downstream effects” that “impact the dollars that the union has,” but that his group’s primary goal is to let union members know they have the right to leave the union.

Caregiver: “Freedom should not be at the expense of the weak, disabled and handicapped.”

In California, working out of an office in Tustin, the Freedom Foundation has run ads in local papers soliciting home-care workers to appear in anti-union commercials, become plaintiffs in lawsuits and to provide lists of workers the foundation can then contact. Editha Adams, a home-care worker herself and president of the United Domestic Workers, said her members voluntarily belong to the union and pay dues. “Without our union, the IHSS [In-Home Supportive Services] program as we know it would not exist,” she said.

While Minnich claimed that the foundation’s efforts in Washington led to a 60 percent drop in union membership for child-care aides, union leader Rolf said their tactics in Washington fell flat. “They are clever but not very smart,” he pointed out. “The key thing is to have a robust communications program with your members and have an honest talk with them, letting them know they may get a knock on the door.”

Freedom is a cherished concept embedded in our political vocabulary, but it is also a concrete thing, manifesting itself in various ways. Americans tend to see freedom, the historian Eric Foner has written, as “historical rather than theoretical,” a “terrain of conflict” where freedom has been won but also subverted, shaped by the collision of politics, economics and ideology.

Freedom clearly means different things for the Freedom Foundation than it does for Toni Monique and Tonya Ginn. Is it the freedom from the “impositions” of government and the freedom to get wealthy? Or is it the ability to shape their political fate so that they can escape economic and physical hardship, being free to live a productive life?

“Freedom comes with a price and it should not be at the expense of the weak, disabled and handicapped,” Toni Monique said. Her sister smiled and nodded her agreement. “I’m looking forward to having a good life with my family, and I’m willing to go with my walker and tell the government,” she added.

Toni Monique and Tonya Ginn have no confusion about which side they are on.

West Virginia Wants Its Water Back