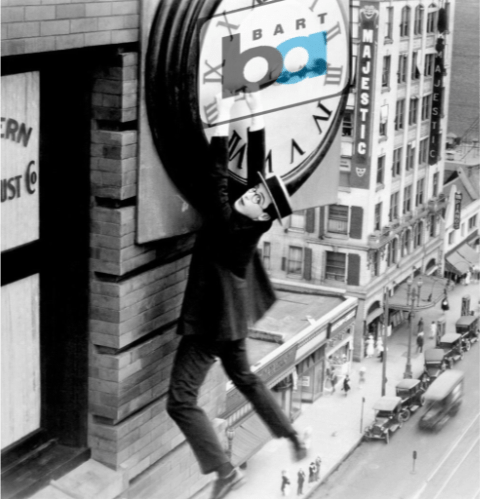 For several weeks, BART management has run a sophisticated media campaign telling the public that the lack of real progress in negotiations is solely the fault of the unions’ unreasonable and uncompromising economic demands.

When it comes to wages and benefits, however, management has presented a highly misleading picture: it has failed to mention the enormous concessions that BART workers accepted in 2009 at the depth of the economic recession. BART President Thomas Blalock stated that he was “extremely pleased” with that cost-cutting agreement. BART employees were much less pleased, of course, but they recognized the need for significant sacrifice in the dismal economy.

Under the guidance of their highly paid, out-of-state chief negotiator, Thomas Hock, BART management is misrepresenting key economic and safety issues. Hock has an outstanding reputation for driving down employees’ wages and benefits, but a dismal one for resolving disputes without disruptive strikes. By characterizing its bargaining position as fair and generous, BART management has failed to explain that, under its most recent written offer, most BART employees would barely stay in place, while many on the lowest incomes would likely fall even further behind. Nor has management explained how top management, not frontline workers, enjoy some of the system’s most expensive and wasteful job perks.

The figures on safety for BART employees speak for themselves. Since 2009, BART management has cut the system’s operations staff by 8 percent. During the same 4-year period injuries that BART reported to Cal-OSHA have increased by a whopping 43 percent. Hundreds of BART workers are now injured on the job every year. And as a result of BART’s dysfunctional and inefficient workers’ comp system, many injured workers are involuntarily forced out of their jobs for weeks or even months at a time.

BART workers also face the threat of physical violence on a regular basis.
30 BART station agents were assaulted at work in 2009, while the same number were assaulted during the first four months of 2013. Recent incidents have involved an agent being attacked with a knife, an agent being punched in the face, an agent being thrown down stairs, and an agent being attacked by a group of five teenagers. As a result, several BART station agents have ended up in hospital with serious injuries. Other BART agents have had to deal with fatal shootings or horrific suicides in or around their stations. Yet BART management has thus far refused to do what is necessary to ensure worker and rider safety throughout the system.

BART management needs to spend more time engaging in real discussions at the bargaining table and less time trying to win the battle of public opinion through its sophisticated media campaign. Negotiating through the media may be easier than doing it face-to-face, but it won’t resolve this dispute.

And neither will management’s misrepresentation of the key economic and safety issues at the heart of the negotiations.

(John Logan is Professor and Director of Labor and Employment Studies at San Francisco State University. His post first appeared on Labor’s Edge and is republished with permission)

Neil Cavuto Remembers When He Held a Job Once