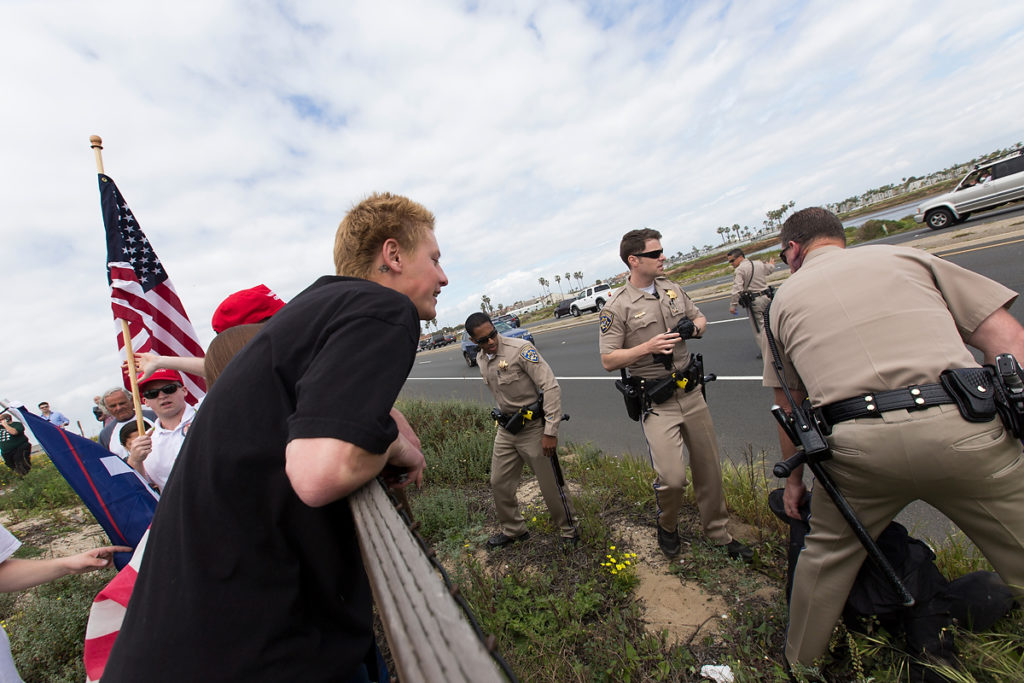 Brian Levin is a criminologist, civil rights attorney and the director of the Center for the Study of Hate and Extremism at California State University, San Bernardino, a nonpartisan research and policy center, where he specializes in analysis of hate crimes, terrorism and legal issues. He spoke to Capital & Main about hate and extremism in California in the wake of the April 27 synagogue shootings in Poway, California. (For more reading, see Capital & Main’s The Golden State of Hate series.) The following interview has been edited for brevity and clarity.

Capital & Main: In recent weeks we’ve seen terror attacks in New Zealand, against Muslims; in Sri Lanka, against Christians, and last week in Poway, California, against Jews in a synagogue. Going back to 2015, there was the murder of nine African-American worshipers at a church in Charleston, South Carolina. Against this national and international wave – how does California compare in terms of hate?

Brian Levin: We now have a splintered and fragmented sociopolitical landscape which causes wounds and gaps to open. We are not only polarized, but entrenched in this polarization at a time of rapid social, economic, demographic political and religious change.

If you look at the macro changes taking place in California, we’re almost like this great social science experiment. California lies at the crosscurrent of many sociopolitical tectonic plates. In 2014, California became a plurality Latino state – we’re diversifying in a breathtaking manner, far in advance of the rest of the country. We have a lot of young people. We move around more. We’re changing politically and economically.

This is where research can come to action. One data set we’ll look at will be [the] continuing diversification of our population and the growth of the Latino American population in California to a plurality.

Have hate crimes against Latinos increased since 2014?

[In] 2015, the rest of the country was flat. California anti-Latino hate crime went up significantly.

Here’s the problem with speculating about causes. A material proportion of that was tensions between Latinos and other people of color in large cities — in particular, in Los Angeles County. In other words, you can’t attribute it all to Trump.

But, listen to this. Candidate Trump launched his campaign in June of 2015, the same week that the two front runners, Bush, and Clinton announced. Also, the week of the Charleston Church massacre. [Trump] launches his campaign and he talks derisively about Latinos. Hate crimes against Latinos did not go up. There was a small number of hate crimes against Latinos. They were popping every day, but they actually tilted slightly down.

[Trump] speaks in Keene, New Hampshire on September 30th, about Muslim refugees coming in who might be a Trojan horse. [Then Secretary of State John Kerry] had talked about having at least 10,000 refugees come in, the overwhelming majority, women and children.

We only saw a small number of anti-Muslim and anti-Arab hate crimes to begin with. But they went up. Even though it was a small number. You could see it if you look at day by day ticks of FBI data.

What you just said now, essentially, suggests Trump opens up on a target, if you excuse that analogy, then, hate crimes against that group tend to increase? But not always…?

No, no. It’s far more nuanced. For the highest political leaders, around highly charged events, words appear to correlate to fluctuations in hate crimes in some of the prominent incidents. Less in others. We talked about Keene, New Hampshire. We had a small number of anti-Muslim hate crimes to begin with. And then there was a significant increase. We don’t know whether this is related to Trump’s speech or not. But, it’s certainly interesting.

In November 2016 we had more hate crimes that month than any month going back to the first anniversary  of 9/11, September 2002. The folks that had the biggest percentage increase that election month [in] 2016? Latinos.

It requires a lot more analysis. But, back of the envelope, what we could see, it was heated political rhetoric, as well as an increase in Latino immigration. Coupled with changes in unemployment rates. It looks like there’s something there.

What’s the role of the Internet? What are we missing?

The problem is, while we wouldn’t let someone dressed as a Nazi into our teenager’s room, there’s a whole 24/7 Charlottesville on the Internet, available to these kids. And their parents don’t even have a clue.

There are macro changes going on with the internet. We’re seeing large swaths of humanity on the big social media platforms. We’re also seeing an emergent, splintered and fragmented set of platforms like Gab, 4chan, 8chan [digital hubs popular with white supremacists], Telegram, VK (the Russian Facebook) – where all kinds of bigoted and extremist speech have a home.

Today social media has allowed even somewhat disabled movements to still carry on their virus by virtue of spreading the infection over the Internet.

Do tech companies have a responsibility regarding the Internet’s role?

Yes. [By] making sure their AI is evolving to remove proscribed speech from the web; coordinating with government agencies to make sure there’s no exploiting of vulnerabilities; making sure terrorist groups and foreign groups don’t exploit vulnerabilities.

Jews are the most highly regarded faith community in the United States. And they’re still afflicted with violence. When we see the Internet radicalize people, and innocent Jews killed, that’s a terrible thing.

But it’s also the canary in a coal mine, related to a pluralistic, civilized society. No society that acculturates violence or anti-Semitism does well in the end.