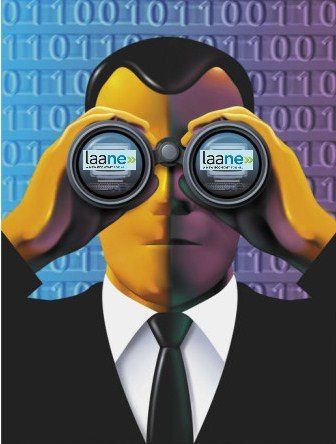 Remember the spring and summer of 2011, when the Los Angeles Alliance for a New Economy (LAANE) was mysteriously tracked by MB Public Affairs? Beginning in May, 2011, this right-wing “political ops firm,” led by Karl Rove operative Mark Bogetich, launched a massive investigation into LAANE, requesting thousands of documents from virtually every elected or appointed official in L.A. County. With lots of public support, LAANE fought back and, after several months of press releases, petitions, blog posts and other “reveal thyself” exhortations to MB’s secret funder, the inquiry suddenly stopped. According to City Hall insiders at the time, MB’s requested documents were left uncollected and LAANE activists and supporters were left wondering who would possibly have wanted to spend an estimated $50,000 to find dirt on a nonprofit advocacy group that makes no secret about what it stands for.

Over the past year, the mystery of the secret investigation has continued to puzzle us. In fact, many LAANE supporters have asked us to speculate on who would want so badly to find “dirt” on us that they would be willing to spend mega-bucks to find a needle in the haystack of massive numbers of public documents. So, with hindsight as my guide, I have decided to give it my best guess. After evaluating all of the possibilities and looking at the evidence that exists, I am now ready to speculate that the culprit was Walmart.

The evidence may be circumstantial, but it has a certain logic to it. In the spring of 2011, unbeknownst to LAANE, Walmart was gearing up for Round Two of its effort to locate a large number of its controversial stores in L.A. Round One, you may recall, ended badly for Walmart in 2004, when Inglewood voters overwhelmingly rejected a ballot measure that would have permitted a 17-football-fields-sized Superstore in that city. Later that year, the L.A. and Inglewood city councils adopted Superstore ordinances that only permit retail giants like Walmart and Target to open megastores after a comprehensive economic analysis shows that they will do more good than harm.

Fast forward to 2011. Seven years after the 2004 debacle, Walmart has failed to open a single new store in the City of L.A. City ethics department records now show that in April, 2011, Walmart hired the lobbying firm Ek and Ek to represent Walmart’s interests in City Hall. A few months later, Walmart hired a second public relations firm, Mercury (which was later fired after an ethics scandal) and then in February, 2012, announced its intent to open several “smaller format stores” throughout the region, including one in Chinatown.

So, the timing works for Walmart to be the culprit. But LAANE is just one organization out of so many that are fighting to win Walmart over to a more responsible path. The L.A. County Federation of Labor, the United Food and Commercial Workers Union, the Southern Christian Leadership Council, the Asian-Pacific American Labor Alliance, small businesses, Jobs with Justice and large national organizations are all joining together to pressure the country’s largest employer to be fair and decent. Could Walmart really be focused so intently on LAANE?

One indication of Walmart’s high-resolution focus on LAANE came in a surprising set of blog posts on the Huffington Post earlier this year by Walmart’s PR man, Steve Restivo. On June 29, the day before an amazing protest march through Chinatown organized by the L.A. County Federation of Labor and a coalition of Chinatown groups, Mr. Restivo focused his ire entirely on one and only one organization involved in the protest effort: LAANE. Restivo opined that “perhaps it’s time for groups like LAANE to stop focusing on the next protest and start thinking about ways to help give communities what they need.”

While neither the PR blitz nor the surprising blog posts are a smoking gun, the evidence suggests that –once again–Walmart dropped a pile of money to try to get what it wants through less than transparent means. Bribery? Secretly using the California Public Records Act to find dirt and intimidate its opponents?

Let me re-emphasize that the evidence pointing to Walmart as the instigator of this secret investigation into LAANE last year is entirely circumstantial. There a few other big corporations that would like to discredit us for the numerous policy proposals we champion at the local, state and even national level. Think about the companies operating port trucking, solid waste management, hotels, construction companies — and then the good old Chamber of Commerce and the Central City Association. Some of these businesses blame us for the “terrible” things they are required to do, like offer their workers a living wage and paid sick days, or hire disadvantaged workers into their construction projects, or recycle trash and protect the environment or build their rail cars in the U.S.

But, with billboards all over Los Angeles announcing new Walmarts in multiple locations, my money is on Walmart as the culprit behind the mysterious investigation of 2011. And my money is also on LAANE and our partners in Chinatown, along with the brave Walmart workers who recently went on strike, the United Food and Commercial Workers Union, the Southern Christian Leadership Conference and numerous churches, small business and community groups throughout the region to hold Walmart accountable to the standard of fairness and responsibility that led to our success in 2004 in Inglewood and L.A.

Related Topics:LAANELos Angeles Alliance for a New EconomyWalmart Chinatown
Up Next

Transforming L.A.'s Trash Collection for the Next 50 Years