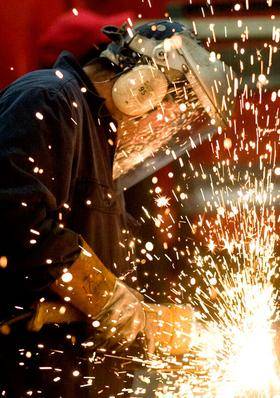 Today, millions of Americans who contribute to the wealth and prosperity of our country don’t get the credit they deserve. One of the closest things to economic democracy we have in this country, Employee Stock Ownership Plans (ESOPs), is something that President Barack Obama cut from his 2014 budget.

An ESOP is a type of employee retirement or savings plan, similar to stock bonuses, but with the ability to borrow money. ESOPs are typically created to buy out an owner’s interest in a company, or reward workers with the bonus of stock ownership. The stock is held in a trust fund, and employees can cash in their shares when they leave or retire.

ESOPs encourage and expand retirement savings by offering workers equity in the companies where they work. They can be a handy fix when a business needs a bailout. And studies show that they tend to increase productivity, reduce absenteeism, and lower turnover rates – especially when workers are included in decision-making.

The President’s 2014 Budget proposes cut tax incentives for ESOPs, arguing that plans for larger companies carry significant financial risks, and offer fewer returns in “productivity incentives” for workers. In essence, the proposal says that employee ownership is okay for small companies, but the federal government will not incentivize workers to take ownership of the means of production on a large scale.

Aside from the obvious hypocrisy with Too Big to Fail, the President’s move denies the value implicit in his own catchphrase — the value of human labor, knowledge, and vitality embedded in every commodity or service produced by the people who actually do “build that.”

ESOPs, as well as co-ops and worker-run enterprises in Europe, Latin America, and here, in the U.S., show an appreciation of this value. In addition to the clear benefits from workers guiding the entire production process, worker-run enterprises have played an important role in hard-hit nations’ economic recovery, including failed businesses of all sizes, and masses of unemployed. They are often more wage-equitable than traditional, top-down corporate structures. And, in some cases, are more productive, innovative, and profitable.

Following the 2001 collapse of the banking system in Argentina, for example, workers reclaimed and “recuperated” factories after a mass of owners declared bankruptcy, and moved their money offshore (capital flight hit nearly $19 billion in 2001 alone). At 25 percent unemployment and 60 percent living in poverty by 2002, the recuperated factories saved the livelihoods of tens of thousands of workers, and helped kick-start a vibrant coop movement, which by 2009, had involved some 10,000 businesses nationwide.

In other parts of Latin America and the Caribbean, the concept of worker-ownership and management was applied to form the Bolivarian Alliance for the Peoples of Our America-Peoples’ Trade Agreement—i.e., a “peoples’ trade network”–driven by ethics of community and cooperation. The region was ripe for it, as profit-driven, “free trade” had been wreaking havoc on the region since the late 1970s. Peoples’ Trade not only accounted for the needs of workers, but also for their communities, which had a clear stake in how their natural and human resources were being employed. Buoyed by oil-rich Venezuela and gas-rich Bolivia, even struggling worker-run factories with less competitively priced goods could find markets for their products.

Across the Atlantic, the Mondragon Corporation is perhaps the most notable manifestation of the worker-ownership phenomenon. The brainchild of a Catholic priest in Franco’s Spain, Mondragon has become the largest company in the Basque region, and fourth largest employer in all of Spain. With its own bank and university, Mondragon operates as a single corporation, yet is comprised of some 120 cooperatives.

Collaboration among coops has enabled Mondragon to survive major economic upheavals with shared liquidity and a flexible workforce. Since its founding in 1956, Mondragon has not laid off a single employee. When demand for domestic products diminished with the dearth of new construction following the 2008 financial crisis, workers in the domestic products coop were simply moved to another coop to instead manufacture car parts, which were in high demand.

In addition to extraordinary job stability, Mondragon workers are integrated in a profit-sharing structure that includes a giveback to the community. They are also involved in key decision-making through General Assembly structures, which profit from workers’ collective know-how and imagination, as well as the group buy-in and internal cohesiveness they foster. This cohesion is reinforced by an equitable wage structure in which Mondragon’s lowest paid workers make only six times less than the CEO. American CEOs, by sharp contrast, make at least 380 times more than the average worker.

Despite such glaring inequality, the United States does have a rich history of cooperative enterprise, from credit unions and food co-ops, to land trusts and community development corporations. Case in point: the Evergreen Cooperatives in Cleveland, Ohio were founded as a development partnership between local philanthropic organizations, hospitals, and universities. Instead of outsourcing to companies outside the community—and the country—Evergreen decided to employ members of the locale to supply the university and hospital with a diversity of “green” products, from food to clothing to solar panels. The community needed it. Evergreen was situated in an area plagued by 20 to 25 percent unemployment and 30 percent poverty. And while Evergreen brought good jobs—and ownership—to the area, workers brought quality service and products, and a reduced carbon footprint.

Evergreen employees are recruited from surrounding neighborhoods, and many of them receive technical training. Since many cannot initially afford the cost of buying into the business, they’re given raises to a living wage, and a small deduction is taken from their pay until they reach the buy-in amount. Plus, they are invited to participate on committees that steer the course of the company–which they, at least in part, will soon own.

It’s become common knowledge that capital is the ultimate conduit of power. With one percent of Americans owning almost 40 percent of our wealth (and steep declines in trade unionism), worker ownership in productive enterprises marks an important step in reversing the tide of social inequality in our nation. And, they’re a crucial means for empowering everyday people and their communities to take stock in the worlds they are building. If they’re the ones who are “building that,” shouldn’t they own at least some of it too?

(Heather Gautney is Assistant Professor of Sociology at Fordham University. Her post first appeared on LA Progressive and is republished with permission.)