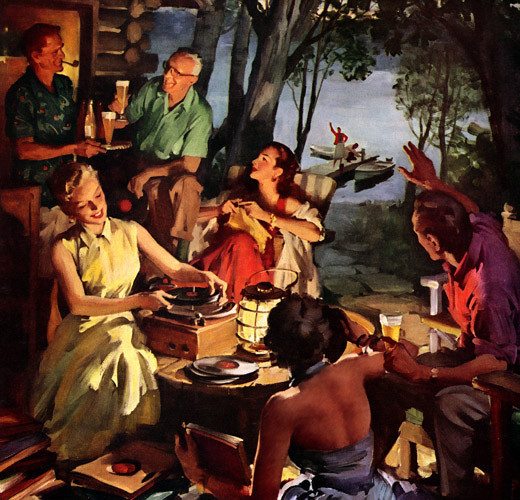 It’s summer and gasoline prices have peaked — a certain sign that it’s vacation time. Except for those who don’t get vacations or, worse, get them but don’t take them.

Since about a quarter of this country’s workforce earns only minimum wage or holds down a job (or two) at less than full-time hours, a large number of families do not benefit from paid vacations at all. Add in the number of self-employed who only take a vacation if they can earn enough to set aside the money, and vacations, which much of the middle class has always taken for granted, have suddenly become out of reach for a large number of families. If they take any time off, it costs them money they need to survive.

More than three-quarters of Americans say they live paycheck to paycheck, which means taking a vacation even for the middle class means going into debt. Charging travel, meals and recreation on already stretched credit cards translates into larger interest payments. Bills that already hang over their heads only grow worse.

There’s another reason that people who do receive a paid vacation won’t take the time off. A recent survey of Americans revealed that every year the average employee will leave nine days of vacation-time unused. Some worry that their boss will think they are lazy if they take downtime. Others feel anxious that their jobs will be eliminated while they are away.

Even people who feel secure in their jobs, apparently, don’t unplug. According to another recent survey, only one in 10 employees felt that they had completely relaxed during a vacation. Some 58 percent said they never rested enough to escape the pressures they thought they’d left behind. Another 27 percent say they feel more stress when they return than before they leave.

Recently I called a lawyer friend to chat about some local issue. He picked up immediately. When I asked how he was, he told me he was in Italy on vacation. If you are answering your phone or checking your email, you are not on vacation!

Americans may snicker at the traditional monthlong European vacation, but we are perpetuating workaholic behavior. These practices affect our lives and our work habits. Women who work and take no vacations are two to eight more times likely to suffer depression. The risk among men for heart attacks rises by one-third. Workaholism damages employers too. Only 30 percent of Americans report feeling engaged or inspired by their work, 50 percent say they have “checked out” and another 18 percent acknowledge acting out their unhappiness and undermining their co-workers. These employees have “actively disengaged.”

There are ways to cope, even if you “must” work while on vacation. Make a list of the absolute essentials – and abandon the rest of your work-related to-do list. Use downtimes (i.e., unexpected flight delays) for catching up on those essentials. If you are traveling with others, talk about appropriate times for work obligations so the experience itself is not overrun by that work.

Nice suggestions, but they are not where the culture is headed. The dog days of summer once meant slogging through the heat with the kids in tow to some beach or riverbank, but now the focus is on getting back to school. Some educators are even proposing getting rid of vacations all together. They say the kids lose too much valuable learning while out of class.

I say, “Hog’s breath!” The human brain needs a rest. We need to expand our experience. We need to make room for serendipity. We need to change the horizon line of our mind’s eye – time to stare at mountains and open space and not much else. In fact, it turns out we are happier at work and more creative, too, when we make room in our lives for unscheduled time and places we’ve never seen.

Related Topics:endangered middle class
Up Next