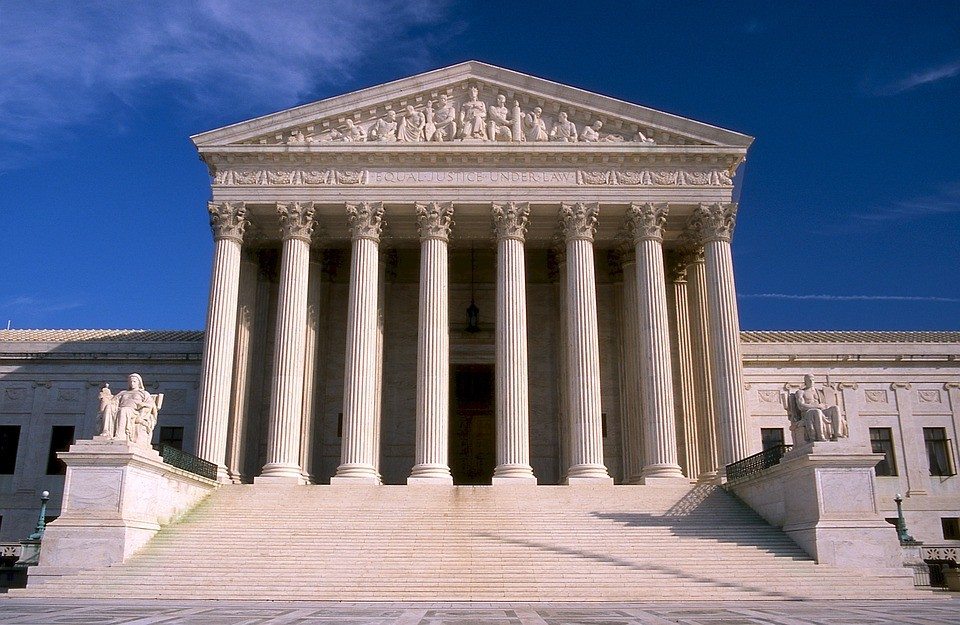 Supreme Court nominee Neil Gorsuch emerged Wednesday from his third day of confirmation hearings by the Senate Judiciary Committee relatively unbloodied by relentless grilling from Democrats attempting to probe what they consider his extremist judicial philosophy.

The nominee came to the hearings with an ideological judicial rating well to the right of Antonin Scalia, the late conservative justice whose seat he would be filling, as well as with the blessings of the Heritage Foundation and the Federalist Society. Both organizations have been key in the efforts by libertarian Republican mega-donors such as hedge fund billionaire Robert Mercer and the Koch Brothers to politically reshape the country along more corporate-friendly, neoliberal and socially conservative lines.

Republicans are determined to seat Gorsuch by April 16, in time to hear arguments during the Supreme Court’s final session of the current term. For their part, Democrats remain outraged over last year’s unprecedented, 10-month refusal by the Senate to grant the same hearings to Obama nominee Merrick Garland, while progressives continue to express alarm over Gorsuch’s 10th U.S. Circuit Court of Appeals track record.

Time and again the nominee has sided with large corporations at the expense of individual rights. Cases have included his concurrence on Burwell v. Hobby Lobby Stores — later affirmed by the Supreme Court — in which he found that businesses could deny their employees contraceptive coverage that conflicts with the owner’s religious beliefs. And in the midst of Wednesday’s hearings, Gorsuch’s ruling in a case involving the Individuals with Disabilities in Education Act, in which he sided against a public school student with autism, was overturned by the Supreme Court 8-0.

To understand Gorsuch’s potential impact on California, Capital & Main spoke by phone to constitutional law professor Melissa Murray. She is Interim Dean at the University of California, Berkeley School of Law and the Alexander F. and May T. Morrison Professor of Law Faculty Director at the Center on Reproductive Rights and Justice.

The Golden State, Murray said, should above all be worried by what she and other legal scholars believe is Gorsuch’s most radical and far-reaching judicial prejudice — his extreme skepticism and hostility to the agency authority enshrined in a doctrine called “Chevron deference,” after the 1984 Supreme Court case Chevron v. Natural Resources Defense Council.

Agency deference is the foundation of the modern administrative state, she explained. It grants policymaking flexibility to agencies like the Environmental Protection Agency and the Federal Communication Commission by giving them the flexibility to adapt often vague and obsolete laws to the changes of a rapidly evolving, technology-based economy. But it has also provided regulatory sinew to fundamental worker protections offered by laws like the Fair Labor Standards Act, the Immigration and Nationality Act, the Occupational Safety and Health Act and the Family and Medical Leave Act.

“That’s a big deal, that’s huge” Murray emphasized. “Honestly, if there was anything that I would be most concerned about, it would be deference, because administrative agencies touch every aspect of everyone’s life.”

Though Gorsuch has been tight-lipped during his confirmations hearings, Murray outlined what Californians can expect from the nominee in different areas of the law based on his opinions and other writings.

“Everything we’ve heard on the campaign trail would suggest that this administration is more hostile to labor and, as some of Judge Gorsuch’s critics have noted, he has often been more amenable to corporate interests as opposed to the interests of individuals.

In his book on euthanasia [The Future of Assisted Suicide], he expressed incredible admiration for what he might call a “culture of life.” And his discussion of euthanasia and assisted suicide would lead many to believe that he would be hostile to the idea of abortion rights or he would actually be quite favorable of broad attempts by the state to regulate access to abortion.

I don’t know that [he has] a deep hostility to civil rights; rather, it’s perhaps a broader deference to legislative and executive attempts to curtail [civil rights]. Or, as Chief Justice Roberts said in the voting rights case Shelby County v. Holder, maybe we are past the point where we need the kinds of interventions that the Voting Rights Act provided. I think it’s probably more likely that Gorsuch is one of these people who seems to think that we’re in a kind of post-racial society and these kinds of interventions are no longer needed.

The [neoliberal] rhetoric of school choice has . . . had very deleterious effects on public schools. By the same token, the idea of choice in other contexts — reproductive rights, contraception apropos abortion — has been pretty much overlooked, and there’s a kind of unevenness in that. So while I could certainly see a Judge Gorsuch being quite favorable in his approach to school vouchers as an expression of personal choice, … I imagine that the same kinds of neoliberal principles would not extend [by Gorsuch] to the right to choose in some other expression of individual liberty.

He has made some statements in his confirmation hearings about being independent and the importance of an independent judiciary, especially in standing up to the executive, and I think those are exactly the right things to say in a moment like this one. But he has a very long record of being a government lawyer, and he was a high-ranking official in the Department of Justice under George W. Bush. In that capacity he had a very deferential posture to exercises of executive authority, and I can’t imagine that philosophy will be jettisoned now.

Deference is a big one. The idea that Judge Gorsuch has expressed is that agencies are not equipped to interpret the laws that govern their particular doctrinal areas. He would not be in favor of allowing the EPA to administer and to interpret the Clean Air Act. Instead he would say that was a legislative decision, or rather an executive function.

He is a purported originalist, so I think he would be very protective of Second Amendment rights.

Elections have consequences, and one is that the President has the authority to nominate someone to the Supreme Court, and the Senate has the duty to, through their advise and consent function, to appoint that person to the court. Judge Gorsuch is eminently qualified and is, I think, quite an appropriate pick for a more conservative-leaning president. That said, I would have to say that in March, 2016 when Merrick Garland’s name was put before the Senate, President Obama was the president, and it was his right to nominate someone and it was the Senate’s right to use their advise and consent function to give Judge Garland a hearing, and because Judge Garland was an unobjectionable candidate, he should have been appointed.