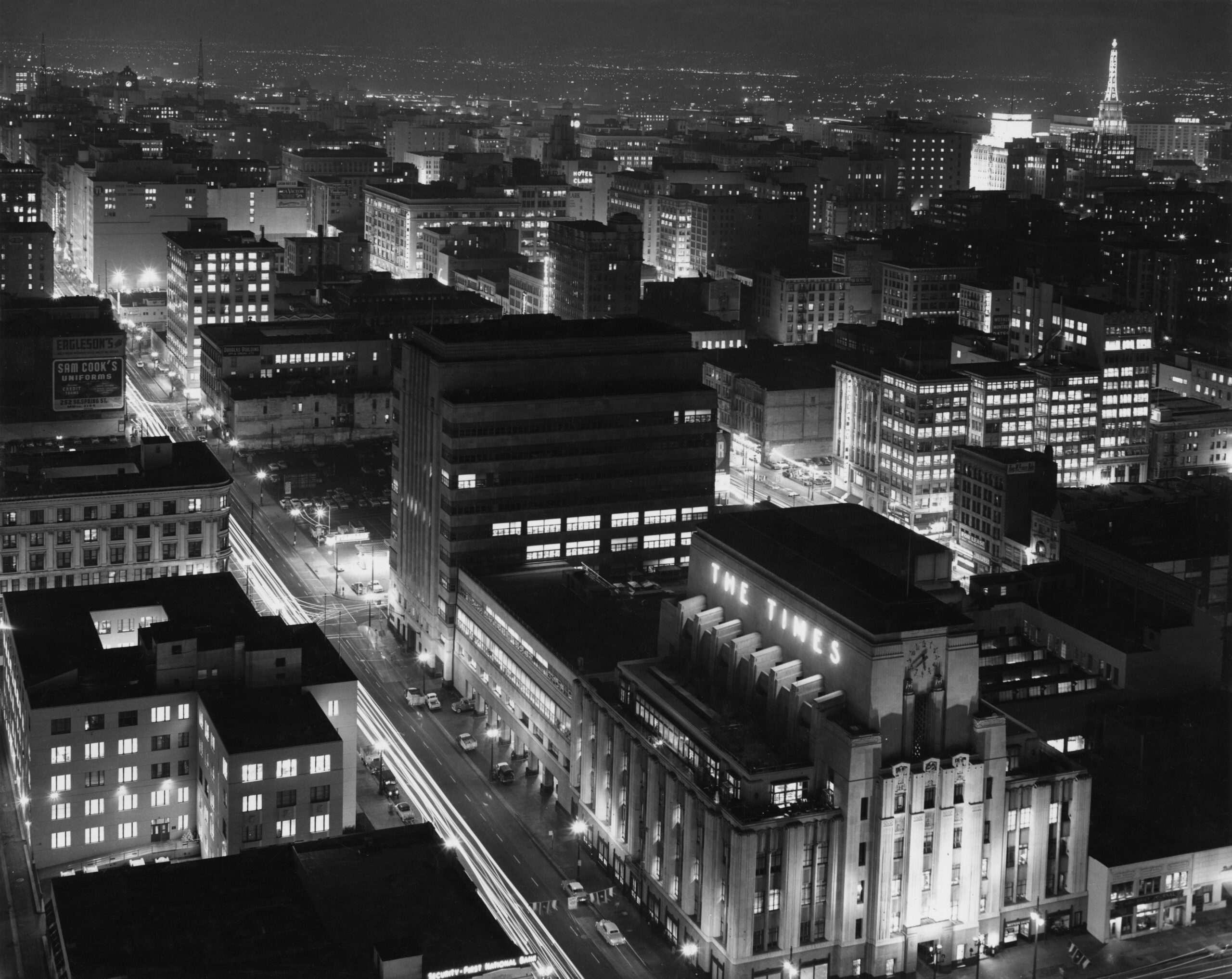 In the fall of 1976, I made my way to Tustin, then a lazy suburban Orange County community, to meet with Norris Poulson. I was working with Irene Wolt on a book about the history of the Los Angeles Times and the Chandler family and how they had brokered the politics and development of Southern California. Poulson, onetime mayor of Los Angeles and a former congressman, had lost his bid for mayoral reelection in 1961 and had since become a forgotten figure, nursing throat cancer and memories of a career in which few expressed interest anymore.

As the interview wound down, Poulson said in his rasping voice that he had something to show me. He went into another room and came back with a crumpled letter, dated Dec. 26, 1952, on Los Angeles Times letterhead, and signed by then Times publisher Norman Chandler. You can have it, he said with a twinkle in his eye; I’ve made a copy.

“Dear Norrie,” the letter began, and Chandler went on to recount how he and several of Los Angeles’ most powerful businessmen and power brokers were brainstorming about the upcoming mayoral election. They had decided that Poulson would be their candidate. They’d fund his campaign with ample cash. And, as an added benefit, they would provide him with a Cadillac to “strut around in.”

Select L.A. Times reporters including City Hall correspondent Carlton Williams and political editor Kyle Palmer, working directly with these powerful local businessmen, were themselves adjunct power brokers, helping make the careers of people like Richard Nixon, helping defeat socialist Upton Sinclair’s run for California governor in 1934, and influencing entities like school boards, the County Assessor’s Office, and universities such as the California Institute of Technology and the University of Southern California. I thought about the letter to Poulson and this history of power brokering upon reading Bad City: Peril and Power in the City of Angels, by L.A. Times reporter Paul Pringle. Bad City recounts a series of contemporary scandals involving USC doctors, the USC president and the Pasadena Police Department and the internal debates about how the story was handled at the Times.

The book has also generated a fair amount of insider-type controversy. Did the top editors at the Times have a cozy relationship with the USC hierarchy? Was the story delayed or modified because of that cozy relationship? How did the management or, rather, mismanagement of the paper undercut the ability to pursue stories of power and corruption?

Yet the power and corruption of the Bad City, as Wolt and I wrote 45 years ago, had once been a magnitude greater. At the same time, the ability of those local power brokers to shape the region had greatly diminished over time. That was also true of the L.A. Times and many other local papers around the country. It included their ability to make transparent where power resided and how it was exercised.

Instead, today, how the region is shaped and how power is exercised at the local and regional level has more to do with global players that foster the financialization and privatization that have hollowed out urban communities, manipulated real estate markets and eroded any sense of civic identity. Institutions like USC, as influential as they appear in Pringle’s book, are more focused on the role of money in their operations, as Pringle’s investigations suggest. They are the seedy money makers and money changers, beholden to a type of neoliberal culture of profit-seeking and willing to look the other way when scandalous behavior could disrupt their money flow.

And scandalous behavior it was. The dean of the USC Medical School and a prolific fundraiser demanding sex from those who could have been his grandchildren while also plying drugs to kept women and underage people who fell into his web of seedy relationships. A long-standing USC gynecologist engaged in abusive behavior with his women patients — a behavior known for decades not just among his victims but staff and higher-ups at USC as well. A national college admissions bribery scandal involving rich people and celebrities that extended to multiple schools and families nationwide and was particularly prominent at USC.

Pringle and several other L.A. Times reporters broke these stories or contributed to them, stories that were sometimes delayed or not edited to their liking but ultimately published. The stories strongly suggested that USC President Max Nikias was in the know and failed to act, and that his relationship with Times editors could have contributed to the delays and editing issues.

Yet Bad City doesn’t directly address the broader manifestations of power and corruption and whether and how the USC hierarchy wielded its power, other than its institution’s love of money. The ability of journalists at the L.A. Times (as with some other large metropolitan newspapers) to expose corruption and contend with power has surely changed from the days of Kyle Palmer and Carlton Williams. But the questions remain, what are those sources of power (and corruption) and where and how is that power exercised? Can journalists play a role in speaking truth to power, and making it transparent?

There is much to argue that such a role today is still limited, especially as newspapers have become decimated by consolidation, hedge fund operators, cost cutting and a declining business model that severely impacts staffing levels. Nevertheless, there is a glimmer of hope for the reporting and investigative process that over the years witnessed an ebb and flow since the days of Kyle Palmer and Carlton Williams.

When the L.A. Times, as well as other newspapers and media outlets, underwent changes in the 1960s and 1970s, for example, it had less to do, as our book on the Times described, with a new generation of owners than with a changing staff more influenced by and connected to a changing political and social culture. Mainstream outlets in the 1960s and 1970s had to contend with feisty alternative newspapers with strong connections to the anti-war protests and various social movements at the time. The alternative newspapers didn’t provide an alternative journalism as such but they nevertheless pushed the mainstream newspapers to contend with their role as purveyors rather than critics of power.

In the 1980s through the millennium, as newspapers experienced the neoliberal bug and deadened political environment for alternative voices (and alternative journalism), the whittling down process took its toll and a relationship to social movements largely faded. However, more recently, in the wake of Black Lives Matter and other related BIPOC movements, a renewed feminist voice connected in part to a developing care-centered politics, and the development of independent voices responding to a world of pandemics, climate crises and an anti-democratic strain of anti-care politics, a new generation of would-be journalists have also been influenced.

Today, there are more women and journalists of color at media outlets (certainly more than in the days of Kyle Palmer or even during the 1960s and 1970s), though the numbers still lag their representation in the general population. Media-related unions have been formed (even at the L.A. Times, the onetime champion of anti-unionism). And there has developed greater engagement rather than isolation from social movements that inform the desire to reveal an underside to local abuses and institutional power.

Unfortunately, the world of social media, where some of these alternative voices can be found, has also undercut newspapers and bred detachment, cynicism and a disregard for truth telling. Still, there are examples of social media outlets that do provide an important corrective of information and analysis. Ultimately, investigative journalism flourishes best when there are active social movements to contest power and reveal its abuses. Exposés about the abuses that Bad City documented are needed, as well as the social movements that expose and contest the sources of power both locally and globally, and the journalists and media outlets with the resources and the capacity to connect with and reflect those movements.

Related Topics:FeaturedJournalismLos AngelesLos Angeles TimesUniversity of Southern California
Up Next