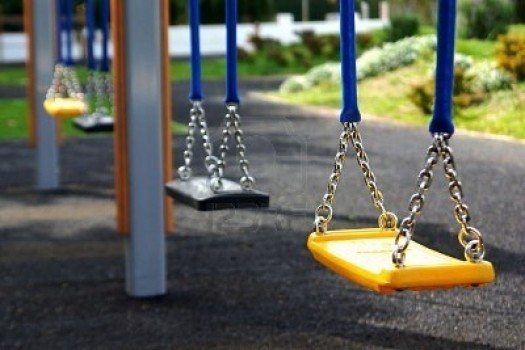 Phoenix, Arizona — Amber Zenzak, an office manager at a small carpet-cleaning company, took a moment recently to consider what life would be like each week without state support for child care for her children ages 3, 4, and 9.

“My day care costs would be $100 more than what I gross a week. My family would be out on the street,” she said, choking back tears and referring to the stability it provides.

“Those three young children would have nowhere to go, no food to eat. That’s not a situation that children should be in.”

Calls for the security and stability of children throughout the country, especially in Arizona and California, are continuing to surface, as families strive to earn a living in an economy that is still feeling the pinch of the Great Recession.

Requests for lawmakers to protect child care and other social services are occurring as many state budgets remain constrained and spending priorities are weighed and scrutinized.

Those in social services in this Southwest state say that cases referred to Child Protective Services and other social agencies continued to grow as economic hard times deepened.

That problem, in turn, was compounded by the Arizona state legislature carving millions from the state budget, including social services.

So, when Gov. Jan Brewer proposed keeping funding steady for 2014, children’s advocates began getting out the word to pressure lawmakers not to touch the $77.6 million in funding.

A number of advocacy agencies have begun creating form letters to shower on local representatives. The Children’s Action Alliance, a non-profit group, held a press conference on April 30 at the state Capitol alongside other groups to get the word out.

About a week later, on May 8, an estimated 700 parents from throughout California met at the state Capitol in Sacramento for a rally to support kids and to lobby to “rebuild the child care infrastructure which is hanging on by a thread,” according to Parent Voices, a parent-led grassroots group that attended.

The parents asked state lawmakers to restore $200 million to the budget, following five years of a total of $1 billion in cuts to child care programs that caused 110,000 fewer kids from being served, the group said. In addition, there are about 200,000 kids who qualify for child care services but remain on waiting lists, said Mary Ignatius, statewide organizer for Parent Voices.

“Our call was restoring hope,” she said. “That is what a child care subsidy provides. It provides you stability and peace of mind so you can go to work and be a stable employee.”

“We believe that reinvesting in child care is critical to ensure more families can work, remain contributing taxpayers and participate in California’s economic recovery,” Latifa Lewis, a mother of two daughters from Oakland, California, said in a statement.

Parents in California also are asking that child care income eligibility guidelines be set at 75 percent of the state’s median income and that “Stage 3″ funding – which is typically for working families who qualify for child care services but earn low wages — receive full support.

Proposition 30, a temporary increase on sales and income taxes, is helping the state’s financial picture, as compared to past cycles which saw dramatic budget cuts, Ignatius said. With the improving budget estimates, though, are calls to pay down debt and put money away in the state emergency fund.

In Arizona, the overall proposed budget is higher in 2014 for the state Department of Economic Security, the umbrella agency for such services as foster care, child care services and Child Protective Services.

State officials stressed that the proposed budget will not increase services, but will only fund estimated demand for services that grows with each passing day.

According to Department of Economic Security officials, the agency has seen an “unprecedented increase” in cases of abuse and neglect reported to Child Protective Services. That’s on top of increases in previous years. For budget year 2012, for example, case numbers jumped 16 percent over the prior year.

“We are leaving people in dangerous situations,” Wolfe Naimark said. “It’s unacceptable, and it’s something we can change with leadership and funding from our state lawmakers.”

“CPS is exploding, and that’s at the current level of funding,” Alyssa Brooks-Dowty said.

She is a resident of Gilbert, a Phoenix suburb, and has been a foster mother for two years. Even in that relatively short time, she said, she’s seen changes: “It’s sort of a negative spiral. With the economy, there are more people going into (foster) care.”

Five years ago, Brooks-Dowty said, Arizona didn’t have to have shelters for children who were unable to get foster homes—they didn’t need them because the number of cases was much lower.

“Now, they just keep cutting, and there are investigations that are incomplete,” she said.

Even state officials admit Child Protective Services caseworkers are burdened. On average they’re handling 20 to 40 percent more cases than they should, said Nicole Moon, a spokeswoman for the Department of Economic Services.

That makes Brewer’s proposal “crucial to providing adequate services for children and families in the state,” Moon said.

As budget season draws near, watchful eyes will be on the money.

“In the end, I don’t think the dollars will be more, I think it will be less,” Wolfe Naimark said. “We’re hearing universal recognition that CPS needs help, but we’re not hearing a full commitment to the governor’s proposal.”

Regardless, she and other child advocates have resolved to keep the pressure on until the budget gets inked.

“Their lives are literally in our hands,” Brooks-Dowty said of the thousands of foster children in Arizona. “There is nothing we can do about the trauma they have suffered, but we can prevent them from suffering further trauma.”

In California, Ignatius pointed to possible scenarios should child care service money not be restored, at least in part, to the state budget.

“You’ll have families who are going to quit their jobs,” she said. “They can’t afford child care. It could be $1,200 per month.”

Children need stability, especially in their earliest years, Ignatius said. If that is lacking, they might start the school years with a learning gap. “More resources will have to be spent on the K-12 years,” she said.

(Michael Mello is a freelance writer based in Tucson, Arizona. He is a former staff reporter for the Orange County Register. Brad Wong is assistant news editor for Equal Voice News, where this post first appeared. It is republished with permission.)

The New America: A Talk With María Elena Durazo, Part 2

The New America: A Talk With María Elena Durazo, Part 1