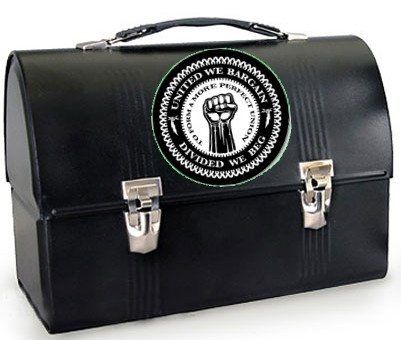 The fallout from the failed bid to unseat Wisconsin Governor Scott Walker, along with election victories to curtail public-employee pensions in San Diego and San Jose, continues for organized labor. While a number of media stories have questioned the strategic wisdom of trying to unseat a sitting governor who had not been accused of criminal wrongdoing, many moderate and progressive writers have been thinking aloud about something more fundamental – the very existence of unions.

“These votes,” the Atlantic.com’s Derek Thompson writes, “didn’t announce a new trend. They reminded us of a very old one.” His post’s title asks the disturbing question, “Are Unions Necessary?” It turns out he doesn’t have an answer. After we follow a recap of the long, slow decline of labor over the past half century, and some scary line graphs comparing plummeting union membership numbers with the fall of middle-class incomes, Thompson invites us to offer our opinions. Still, he seems to load the deck by asking, “If our goal is a strong middle class, are unions the right place to focus our energy . . . or are they bad for the country?”

Talking Points Memo’s Josh Marshall, meanwhile, takes to YouTube to ask a slightly softer question: “Are Public Sector Unions in Trouble?” Marshall  claims that public employees have been isolated from globalization forces (tell that to the millions who have either lost their jobs or seen cuts in pay, benefits or pensions due to recession-slashed budgets), but they have also been made the object of public resentment by conservative politicians – and may well become an issue in this year’s presidential campaign. Watch below:

For a less gloomy picture, Harold Meyerson reminds us in our recent repost of an American Prospect piece, that “labor, its defeats notwithstanding, still punches well above its weight at election time and remains the chief impediment to Republican rule in states with a union presence.” Besides, without unions, how are workers to get the middle class? Quoting a historian, Meyerson notes that “before unions, the common form of protest for workers seeking a better life was rioting.”

Largest Anti-Walmart Rally Ever to Be Announced