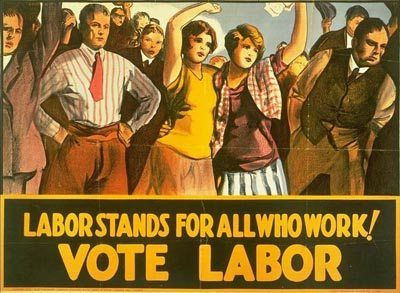 Like any holiday, Labor Day comes with some inevitable scenarios. Number One is that most Americans will take a well-deserved day off, courtesy of the efforts of the labor movement. Next, many of us will barbecue on grills that were paid for by middle class jobs that only exist because of the success of that movement.

But this holiday comes with another inevitability: The Sunday morning newspaper or Web stories proclaiming that people don’t want to join unions anymore. However, despite what the editorial writers and columnists say, the real reason people don’t join unions is that U.S. labor laws are so weak that they are nearly worthless – and the right to join a union is a joke.

When I went to work for my first employer after high school I was part of an organizing drive and a strong majority of the workers – 43 out of 62 – signed cards asking for a union to represent us. In many countries that would be the end of the process, but in the United States 43 of us were fired on a Friday and Monday, but we won the union election held a month later by the same margin. We all went to work for union shops but it took 13 more years for that company to go union – and it was only because the owner wanted to at that point. That was in 1987 and the Department of Labor is even worse now.

When my union, the International Brotherhood of Electrical Workers, gives the test for our apprenticeship program there are usually 800 people who get to our training center (as early as two in the morning) to stand in line to take the exam. Over the course of the year 4,800 people will apply to work in an electricians union with 7,400 members. That doesn’t count the thousand or so already in the electrical industry who start the process to go to work for a union shop by sending in a resume, meeting with an organizer and so forth. Almost none of these applicants are looking to start a union where they work because they intuitively know that it is nearly impossible to do this. But all of them want a union.

Four years ago, when the campaign to get the Employee Free Choice Act (EFCA) passed was in under way, there was a press conference in Glendale and one of the newspaper reporters asked several of the elected officials there why we shouldn’t fix existing labor law instead of scrapping the system with EFCA. I interrupted and said, “It should be as easy to join a union as it is to join the Chamber of Commerce.” That stumped him and the press conference ended and we went about our business.

A little time had passed after this incident, when I asked someone, “Where has that asshole reporter been?” I was told he had been fired – for being too pro-union.