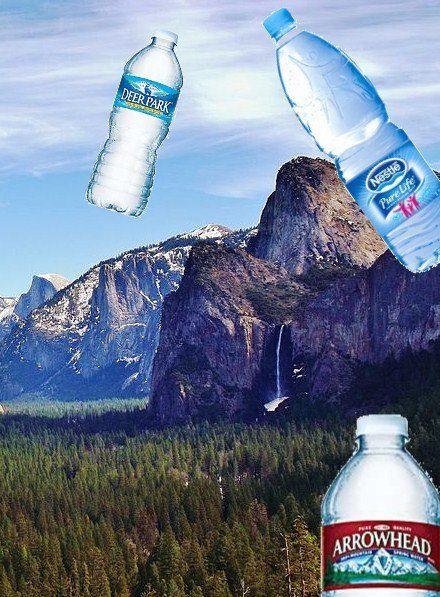 Several years ago, I spent time in a rural area of Ghana, a few miles outside the bustling city of Kumasi. As part of a public health research team, I was studying childhood diseases that come from lack of clean water. My goal was to understand how parents made decisions about how to treat their children’s water-related illnesses. Yet while treatment is critical, I was struck most by our relative powerlessness to prevent these diseases from happening in the first place.

More people die from unsafe water than from all forms of violence, including war, according to U.N. Secretary-General Ban Ki-moon. Across the globe from Ghana, here in the United States, we are fortunate to have some of the best public water systems in the world. In the U.S., public water has a long history of prompting economic development and advancing leaps in public health and safety.

Unfortunately our public water systems are under threat. Corporations are aggressively working to turn water from a human right into a profit driven commodity. Some corporations are looking to buy up systems and operate them for profit, while others are bottling up our water and selling it back to us for an enormous profit.

Bottled water corporations have attempted to change the way people think about water. For example, Coke and Nestlé have a history of undermining and interfering in local, democratic control of water by circumventing the democratic process and ignoring community objections and environmental concerns. They are attempting to convince communities and individuals that the only place to get clean, safe water is from a bottle.

Yet nothing could be further from the truth: Bottled water is regulated far less stringently than tap water, and nearly half (44 percent) of bottled water comes straight from the tap.

The act of bottling and selling water is an act of privatization. These corporations are working to privatize our most precious shared resource, the core of survival for all life. How can we privatize safe drinking water when people around the world—people I personally know living in places from Ghana to Peru to fracking-threatened sites here in California—don’t have enough of it in the first place?

One of the strategies corporations like Coke employ to undermine our faith in the public water system is using our national parks to promote and sell bottled water—one of the most environmentally destructive products on the market. That’s why Corporate Accountability International, the membership organization working to protect human rights, public health and the environment from irresponsible and dangerous corporate practices, is working to compel Yosemite National Park and Golden Gate National Recreation Area (GGNRA) to buck the bottle. We want these parks to join the tens of thousands of people, businesses, public officials, universities and fourteen other national parks in declaring freedom from bottled water.

We know we’re taking on a fight. Corporations like Coke and Nestlé have already attempted to undermine parks’ efforts — including the Grand Canyon’s — to phase out bottled water. But, due to a groundswell of public support, the Grand Canyon National Park triumphed. We know Yosemite and GGNRA can be next, but we need your help.

The best way to fight corporations’ organized money is with organized people coming together and standing up for our rights. Here in San Francisco, people recognize that when water is treated as a commodity, our health, environment and democracy suffer. Bay Area residents are coming together to keep water in the hands of people and out of the hands of corporations by taking a stand for their favorite national park. Just yesterday, over 200 residents took photos in front of signs, bottled-water sculptures and historic park images encouraging Yosemite and GGNRA to go bottled-water free.

This is where you come in. We need your help – join tens of thousands of people by signing our bottled water free National Park petition that you can access at www.StopCorporateAbuse.org. And, take the next step and join me at our next meeting [in San Francisco] on Monday, February 11 at 6:30 p.m. in SOMA (email me for details: hanna@greencorps.org) to get involved with our local group.

(This post first appeared on BeyondChron and is republished with permission.)

How L.A.’s Waste System Trashes Our Streets & Our Health