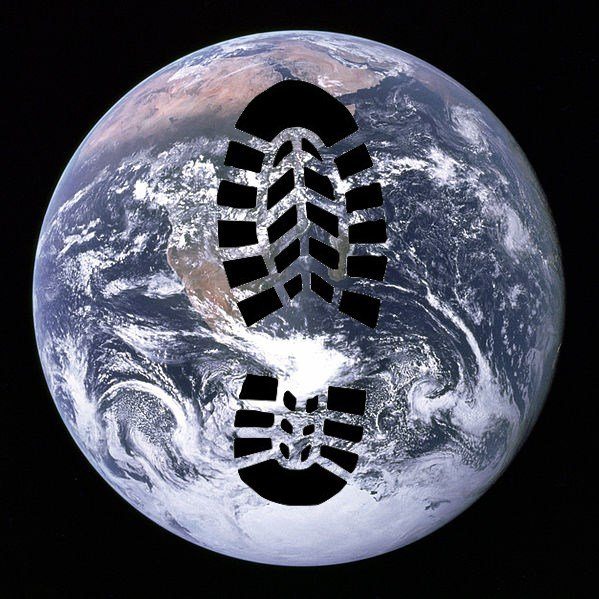 Love. Joy. Peace. That’s the message of the season. From carols to holiday cards to street signs, even shopping mall windows. These words hover next to the pervasive images encouraging us to buy, but somehow they persist despite the maze of mercantile messages, because they are the deep longings of human beings.

“No justice, no peace!” is what workers and activists often chant on picket lines. It turns out that without climate justice, we will also have no world peace. A recent Los Angeles Times story on El Niño and its potential “long-distance” or “teleconnected” effects quoted researchers arguing that “it doubles the risk of war in much of the Third World.”

Our military accounts for 80 percent of all the fossil fuels consumed by the U.S. government.

Peace activists have long identified war and the preparations for it as a major source of human-caused climate change. Our country runs the world’s largest military apparatus  – larger than the next nine nations combined. It includes about 4,100 military bases inside our borders, and nearly 800 facilities in 42 nations. Our military alone uses one per cent of all the fossil fuels consumed in this country, which amounts to 80 per cent of the total U.S. government consumption. In the 1997 Kyoto Protocol, the United States exempted its military from any fossil fuel restraints.

Abroad, wars affect 65 countries and every inhabited continent. Some 676 militias, guerilla groups and separatist organizations carry on various forms of conflict. Considering how many armies there are in the world and the number of wars in process, the waste of fossil fuels and the carbon spewed into the sky is incalculable. In the face of human loss, we consider it only collateral damage, but we humans damage the planet itself and therefore ourselves through these wars.

Now peace activists see the effect from the opposite perspective: Human-caused climate change leads to wars or civil unrest. Rebecca Solnit, writing in the Guardian, names three examples. She argues that much of the second war in Iraq was about oil, listing the close ties that both the second President Bush and his Vice-President had with Big Oil. She points to the Nigerian conflict of the early 1990s and the martyrdom of Ken Sara-Wiwo, who was framed and executed by a government implicated in oil schemes and corruption. Solnit also cites Syria, where four years of severe drought is now acknowledged as a contributing factor to that country’s civil war.

Both the Central Intelligence Agency and  World Bank see the cause-effect between climate change and the increase in terrorism worldwide. We know that the leading terrorist network – known in the Middle East as Daesh and in the West as ISIS – earns its major income from controlling and selling oil. A major military intelligence report cites climate change as spreading diseases, such as Ebola, that upend social balances and foment conflicts.

People forced from their homelands by drought, rising seas or severe storm patterns exacerbate social tensions and cause polarization that provokes armed disruption. As the world’s climate changes, we can expect more of this social chaos. More wars, more death, more spewing of carbon waste into the atmosphere.

In the face of such a reality you would think that the nations that recently gathered in Paris would have come to a quick consensus to end the emissions of carbon that fuel these conflicts. That was not the case. Instead, clusters of countries held out for their own interests: Oil-producing nations versus the advanced economies versus the developing countries versus the poorest versus the island states versus what Time magazine called “the foot draggers” – which include us.

Not until the last hours of the conference did these nations with their disparate interests actually come to a common agreement. But they did, setting goals for the planet and targets for themselves, and even empowering an international body to monitor their progress and nudge them toward their agreed-upon objectives.

Observers have called this agreement a miracle, or a near-miracle. That is, of course, another word used often during this season. The Hanukah story says the sacred lamp continued to burn even though there was not enough oil to keep it lit. The Christmas story says that the child born to impoverished parents in a barn turned out to be the Holy One. For me, the miracle of any agreement about climate change would be – as unlikely as it sounds – more peace.