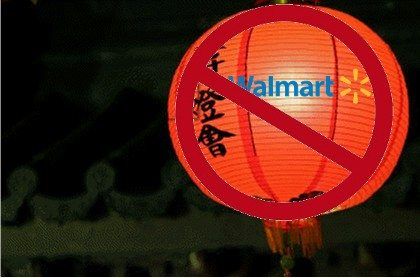 If you’ve been following media coverage of the battle over Walmart’s proposed store in Chinatown, you probably have the impression that the fight is between the retail giant and labor. Chinatown leaders have been largely absent from press reports of the controversy, and to the extent they are mentioned one would think they want Walmart in their neighborhood.

Thursday’s hearing at the L.A. City Planning Commission should set the record straight — Chinatown doesn’t want Walmart, and residents and business owners are loud and clear about it for anyone who is paying attention.

The hearing was on the proposed Interim Control Ordinance (ICO) for Chinatown, which would temporarily stop chain stores over 20,000 square feet from opening in that community. By a vote of 14 to 0 the Council directed the Planning Department to draft the ordinance back in March, but staff dragged its feet for more than three months.

Indeed, the City Attorney and department staff informed me months ago that the ICO would be written within three to four weeks, and that City rules indicated that such ordinances go straight to Council without stopping at the Planning Commission.

And yet there we were for a vote we shouldn’t have been having, with staff telling the Commission to ignore the unanimous direction of the Council.  To no one’s surprise the Commission deferred to staff and voted 5-2 not to support the ordinance. All this means, though, is that 10 votes rather than 8 are needed to pass the ICO in City Council, and I fully expect the 14 councilmembers who support this ordinance to vote for it when it comes before them.

For anyone wondering where the community stands on the issue, here’s the math:

The speakers Thursday gave powerful personal testimony about their community, and the need to protect it from major chains that threaten to overwhelm family-owned businesses and destroy the neighborhood. Yesterday’s vote notwithstanding, the forces arrayed against Walmart are growing, and they aren’t just workers. In a few weeks we’ll get a chance to demonstrate that growing movement again. Let’s make sure our friends on the Council do a better job listening than the Planning Commission.

Earth to Mark Lacter – Investing in Infrastructure Is a Game Changer