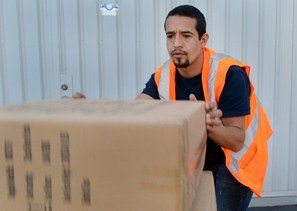 The Wall Street Journal (in a pay-walled feature) reported online last night that Walmart will begin to monitor conditions at warehouses operated by subcontractors.

The policy change represents a concession to employees at those facilities, who have claimed they are subjected to harsh and unsafe working conditions, along with unfair labor and wage practices. Locally, warehouses in the Inland Empire have been the target of strikes and other protests by workers.

“[T]he Bentonville, Ark., giant is developing an auditing system, similar to the one it uses to monitor overseas factories in places such as China and Bangladesh, to help ensure that the domestic parts of its supply chain are complying with safety and labor rules . . . State labor officials and activists called Walmart’s plan to monitor warehouses insufficient, saying that a fire at a Bangladesh garment factory that killed 112 workers last month underscored the shortcomings of such auditing systems.”

Although the warehouse workers are not currently represented by unions, they have banded together to form the advocacy group Warehouse Workers United, through which they have leveled charges that employees are forced to lift 200-pound boxes and work in extreme heat and with poor ventilation.

Those allegations were echoed in the WSJ story

“The warehouse industry has a history of worker safety problems: With more than 670,000 workers, there are 5.5 injury and illness cases per 100 full-time warehouse workers, higher than the rate at industries such as mining (2.2 cases per 100 workers), construction (3.9) and manufacturing (4.4), according to the U.S. Department of Labor.”