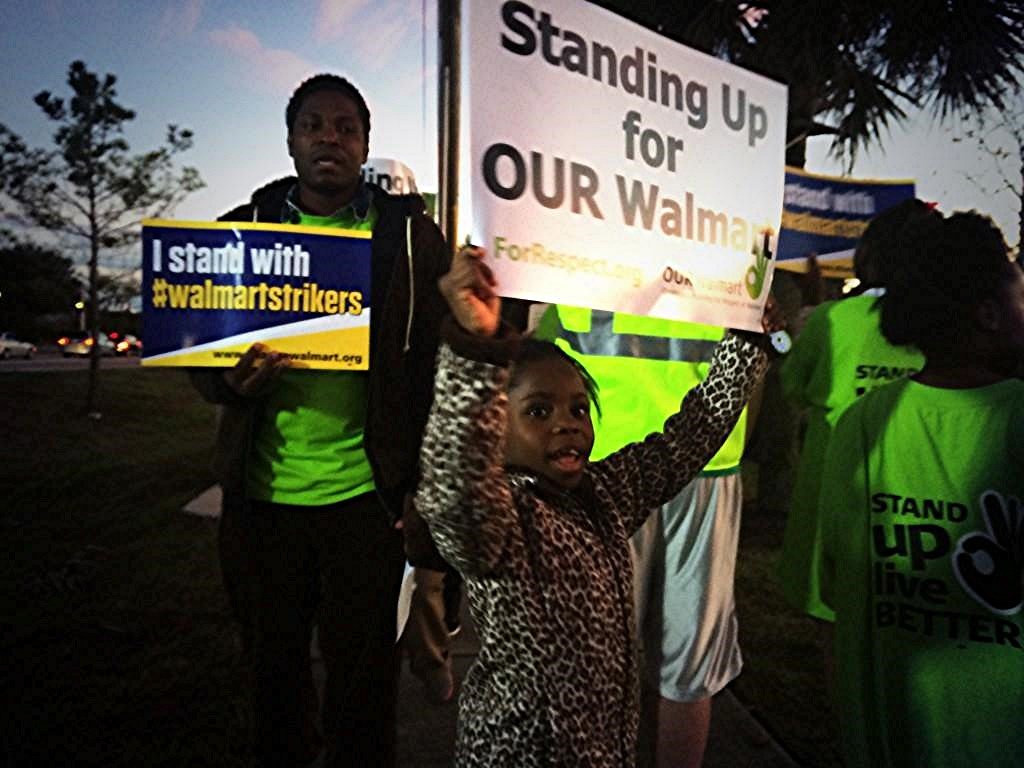 On November 13, Walmart associates in Los Angeles kicked off this year’s Black Friday strikes by sitting down in the aisles of the Crenshaw Walmart store to protest Walmart’s alleged intimidation. Later that evening 23 workers and community members were arrested at the Pico Rivera store.

But that’s just the beginning. This Black Friday, Walmart workers are striking again on the biggest shopping day of the year. Walmart associates are sick of struggling to get by while working for a company owned by the world’s wealthiest family. The Walton family that controls Walmart has more wealth than 43 percent of Americans combined, a perfect picture of everything that’s wrong with our unequal economy.

Walmart associates are striking to stop retaliation against workers who exercise their rights and to call on the company to publicly commit to paying $15 an hour and providing full-time work.

As Los Angeles and the Los Angeles Alliance for a New Economy (LAANE) work to raise the wage for all Angelenos, we call on Walmart and the Waltons to do right by their employees. Here are two ways you can help:

2) Take it to the Internet!

The hashtag #walmartstrikers topped the rankings on Facebook after Thursday’s sitdown protest. Help us keep this going by taking a picture of yourself showing your support for Walmart strikers and posting it to social media (Facebook, Twitter, Instagram).

The fight for workers and a just economy takes place every day but a little bit more on Black Friday. Join us in making history.