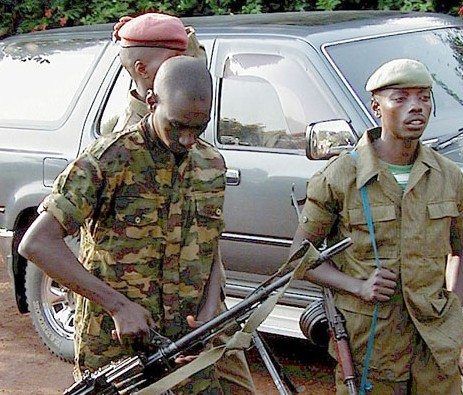 It must have seemed like a good idea at the time, when Senators Chris Dodd and Barney Frank drew up the landmark regulatory bill that bears their names. One of its lesser-known provisions required U.S. companies to list the inclusion of any “conflict minerals,” mined in or near the violence-plagued Democratic Republic of the Congo, that comprise their brand-name products. The thinking was that this would help cut off funding for the armed groups ravaging that unfortunate country.

But that was way back in 2010, when the Dodd–Frank Wall Street Reform and Consumer Protection Act was signed into law. With touching innocence, the act entrusted the Securities Exchange Commission to establish the enforcement mechanism for this part of the legislation. This week, retail giant Walmart, along with arch-competitor Target and some other companies, got a free pass from Section 1502 of the law. The news, carried by the Wall Street Journal, was tartly summarized in a Huffington Post piece:

“Major retailers like Target and Walmart may be able to keep the connection between their products and a war-torn African country under wraps.

“Thanks to their lobbying efforts, big retailers will likely be exempt from a rule, finalized by the Securities and Exchange Commission Wednesday, which requires public companies to disclose whether their products contain ‘conflict minerals’ from the Democratic Republic of Congo . . .”

Conflict minerals from the DRC typically include gold, tin, tungsten and tantalum; in Walmart’s case, the WSJ reported, the chain’s store-brand light bulbs, footwear, clothing and canned goods contain minerals sourced from the Congo. The WSJ also noted that 6,000 companies were potentially affected by Section 1502, which has “been a source of friction between the SEC and companies ever since the law was passed.”

But now all that friction is in the past as the SEC, Walmart and the rest of corporate America have rediscovered how much their self-interests overlap. And, while the SEC did move forward Wednesday to compel other companies to make public their connection to conflict minerals, even this action may be jeopardized. According to the Enough Project, “the possibility of a lawsuit against the regulations remains, as the U.S. Chamber of Commerce has threatened.”

Which is why, the Enough Project says, “the SEC appeared to take away several of the key points of opposition that the Chamber of Commerce had raised, such as unrealistic cost analysis, the burden on small business, and recycling.”

(Note: The WSJ article is available to paying subscribers but may also be accessed through a Google search of its headline, “Wal-Mart, Target Avoid Mining Rule”.)

Teachers, Nurses: Save Our State from Bungling Billionaires