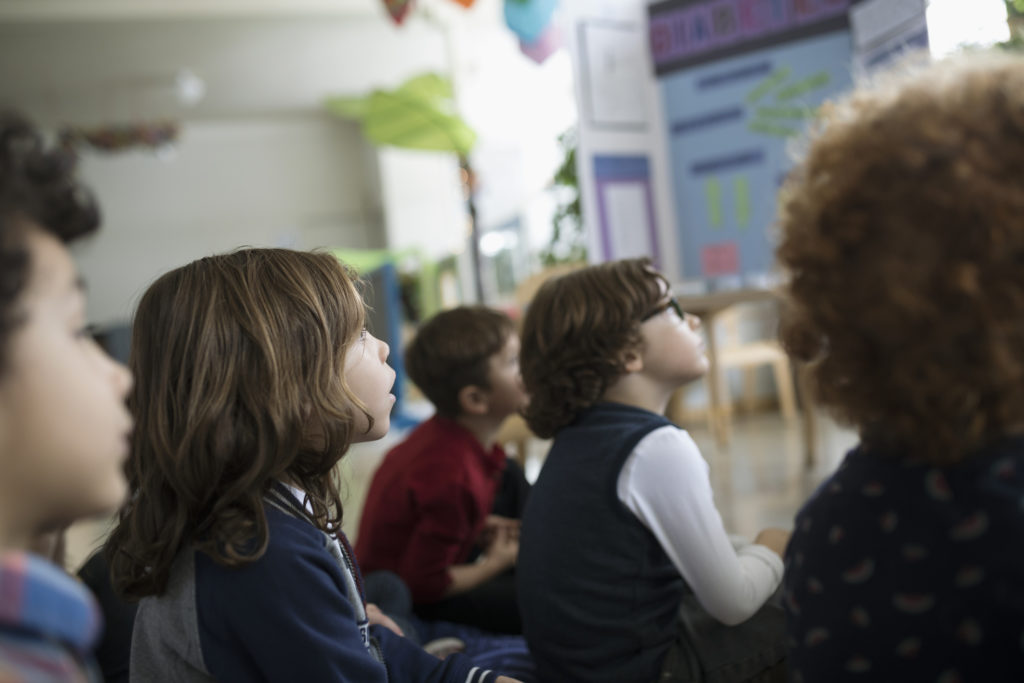 A Stanford-PACE analysis found that “California’s children are behind before they enter Kindergarten.”

When Gavin Newsom moves into the governor’s office next month, he will immediately have to confront the continuing legacy of Proposition 13, the 1978 referendum whose property tax cuts have slashed spending on California’s public education. In the 40 years since its passage, class sizes have ballooned while arts, driver ed and afterschool programs have vanished. Newsom will come armed with a cradle-to-career program he calls “California Promise,” which expands and integrates existing programs while making strategic investments in new infrastructure.

Newsom’s most dramatic break from the Jerry Brown era is the governor-elect’s fierce commitment to high quality child care and universal preschool, a product of overcoming his own boyhood dyslexia and a deep appreciation for the pivotal role played by early infancy and the first five years in student achievement and, ultimately, adult success.

A credible and comprehensive plan to recover public education’s promise of putting opportunity within reach of all Californians can’t come too soon for the state’s 6.2 million K-12 students. Getting Down to Facts II, a sweeping collection of prescriptive policy briefs recently published by Stanford University and Policy Analysis for California Education (PACE), found that “California’s children are behind before they enter Kindergarten” and that while California’s students learned at rates equal to or better than the national average, the gap in achievement between low-income and middle-income kids didn’t close.

The election of Newsom may be the most unambiguous sign that Californians have had enough with the damage wrought by Proposition 13.

“I think there are a host of answers [for that], but one of them is that we have not invested substantially in early-childhood programs,” said Stanford education professor Deborah Stipek, a lead researcher on the Stanford-PACE study. “Early childhood has not been Governor Brown’s priority. If we could do it for free, I’m sure it would have been done, but early childhood is competing with K-12, and with the prison system, and with many other demands on state finances.”

The election of Newsom as governor and Tony Thurmond as state schools superintendent, who both campaigned on pledges to pause further privatization and double down on public education, may be the most unambiguous sign that Californians have had enough with the damage wrought by Proposition 13 and years of education budget cuts. In the wake of the measure’s passage, California’s seventh place national ranking in per-student spending quickly fell to the bottom third, where it has since languished (one measure put it at 43rd last year).

Meanwhile, child poverty in the state, which rose from 13 to 23 percent during the same four-decade period, became the highest in the nation as a corresponding drop in student performance and rise in English language learners produced the era’s most distinctive feature — the reform-immune achievement gap between Asian and white students on the one hand, and their black and Latino peers on the other.

“I think the public just rejected that neoliberal narrative, that sort of privatization of public resources in education, and of other social problems that we have in California,” said Julian Heilig, professor of Educational Leadership and Policy Studies at California State University Sacramento, and director of CSUS’s Doctorate in Educational Leadership. “Gavin and Thurmond both clearly laid out an agenda that’s community-driven, focusing on solving issues within communities. I think that’s part of the Rainbow Wave that we saw here in California.”

To surf that wave in Sacramento, however, Newsom will need to navigate the capital’s hazardous budgetary riptides and policy-shredding political reefs. The big-ticket components of his broader agenda, which includes tackling what Stanford-PACE says is California’s $25.6 billion public schools funding insufficiency, are especially vulnerable. His campaign pledges to pay for them through overdue tax revenue reforms has already riled neoliberal anti-tax organizations and conservative business groups, who vow an epic fight. Stipek worries that a compromise could leave Californians with preschool-on-the-cheap.

Early clues to how much local autonomy Newsom is prepared to support will be found in his major state board appointments.

“All of the studies that have found long-term benefits were conducted in places where they have very, very high-quality preschool programs,” she noted. “And we could invest a lot in increasing the number of children who can go to preschool, but it may not give us the benefits we want, because we haven’t made a substantial investment. We really need to do both.”

Part of the challenge will be answering the question of how one even defines “quality preschool.” According to Getting Down to Facts, California’s current, dizzyingly complex and uncoordinated system of federal, state and locally funded early-childhood services is riddled with holes and chronic shortages. Child care tends to be prohibitively expensive, and program standards and training requirements are all over the map, with low-income children disproportionately in programs exempted from any standards at all. Wages are so low that nearly 60 percent of child-care workers rely on some form of public assistance, and teacher turnover is consequently high.

So merely creating a cohesive regulatory framework will be a long and politically fraught process. To also make it equitable, insists education professor John Rogers, director of the Institute for Democracy, Education, and Access (IDEA) at the University of California, Los Angeles, requires nuanced conversations about the role and strengths of the community-based educators who are already in place.

“Some of them don’t have advanced degrees but oftentimes know and understand the young people and parents that they’re working with,” he explained. “As the agenda for high-quality preschool moves forward, it’s going to be really important to [include] people that have worked in this field for a long time and have deep roots of care, and affection and love in those communities. Many of them are women of color [who] sustain their communities both through their work and through the fact that they’re getting employed.”

Seeing public schools as “anchors” of healthy communities is at the heart of Newsom’s plan to expand the creation of full-service community schools. The approach has been an unsung game-changer in closing opportunity gaps for California’s highest needs neighborhoods. What isn’t so clear is how far the governor-elect is willing to go in dismantling an increasingly dated barrier to implementing that model.

“It’s time for the state to work on having charter rules and regulations that are explicitly aimed to promote the state’s interest in creating a system that works for all students,” Rogers argued. “Schools should be sites that strengthen the communities in which they reside and then also draw upon [their] strength.”

That could be a tall order for a governor girding for political battle with the state’s most powerful corporate interests on issues like climate change, affordable housing and health care. Though California voters soundly rejected statewide charter school candidates, the charter lobby’s big-dollar patronage of the Assembly’s “Mod Dem” caucus still gives it plenty of bill-blocking leverage. Heilig, however, points to last year’s explosive AP report on charter school racial segregation and the California Charter School Association’s recent backing of the state’s for-profit charter ban law as a sign that the organization “may be finally turning a corner” on accepting more transparency and accountability.

Under Jerry Brown, education policy often got tangled up in mixed messages of local autonomy (i.e., the Local Control Funding Formula) and centralized authority (as when Sacramento would override local school district decisions on matters like charter authorizations). Newsom has pledged that local control should extend to the establishment of new schools. Early clues to how much local autonomy he is prepared to support will be found in his major state board appointments.

The first hint may be Ann O’Leary, who as his new chief of staff will have a big say in hires. A former top adviser to Hillary Clinton, O’Leary was also deeply implicated in disastrous, reformy wrong turns like No Child Left Behind. How much she has matured will be reflected in who gets the nod to replace outgoing State Board of Education president Michael Kirst, who was widely seen as pro-charter.

“I suspect now he’s going to have something like an early childhood specialist or maybe a cradle-to-career point person,” Rogers offered. “I think that personnel question of who gets appointed in the governor’s orbit and what role that person is designated with will be very interesting.”