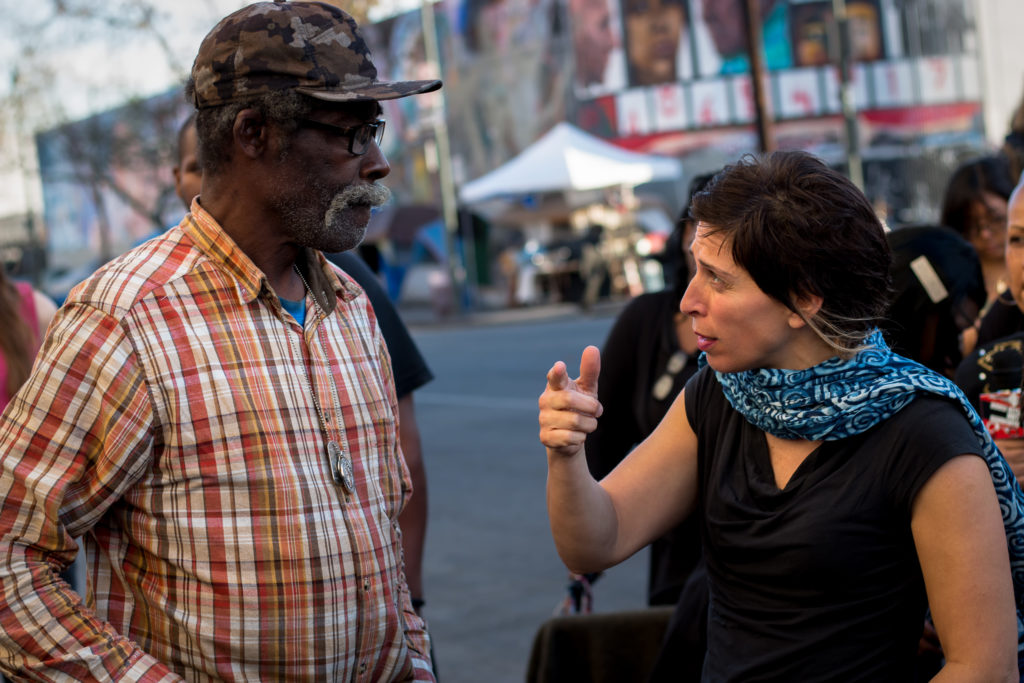 “You almost forget you’re in Los Angeles,” Leilani Farha remarked, looking up at a shabby hotel with a cartoon palm tree on its sign — a reminder of Southern California, the dream, in a part of the city better known as a nightmare. Skid Row is a place thousands of people sleeping in tents call home. The United Nations’ special rapporteur on housing, Farha stepped over trash and around the many people camped out on the sidewalks in a quest to better understand this otherworldly America, just blocks from luxury condos.

“I need to understand that world,” Farha had said a couple of hours earlier, Wednesday, at a public forum hosted by the Los Angeles Community Action Network, a Skid Row advocacy group. Appointed in 2014, the human rights lawyer and head of the nonprofit Canada Without Poverty was in town to identify obstacles to the realization of “the right to adequate housing and land.” She received an education, with people from across the region telling her what is like for them to sleep in cars and tents in a place oft-sold as paradise.

The obstacles were readily apparent within minutes: too little affordable housing and too many police.

“It’s not illegal to be homeless,” said Kim Sandoval, “but everything we do is illegal.” Sandoval lives in Orange County, where every city has an ordinance against sleeping on the sidewalks; even publicly feeding the homeless is officially discouraged in some parts of Orange County. The most extreme form of poverty is effectively, if not literally, criminalized — one man testified that he committed a minor crime just so he could sleep legally — in a jail cell. 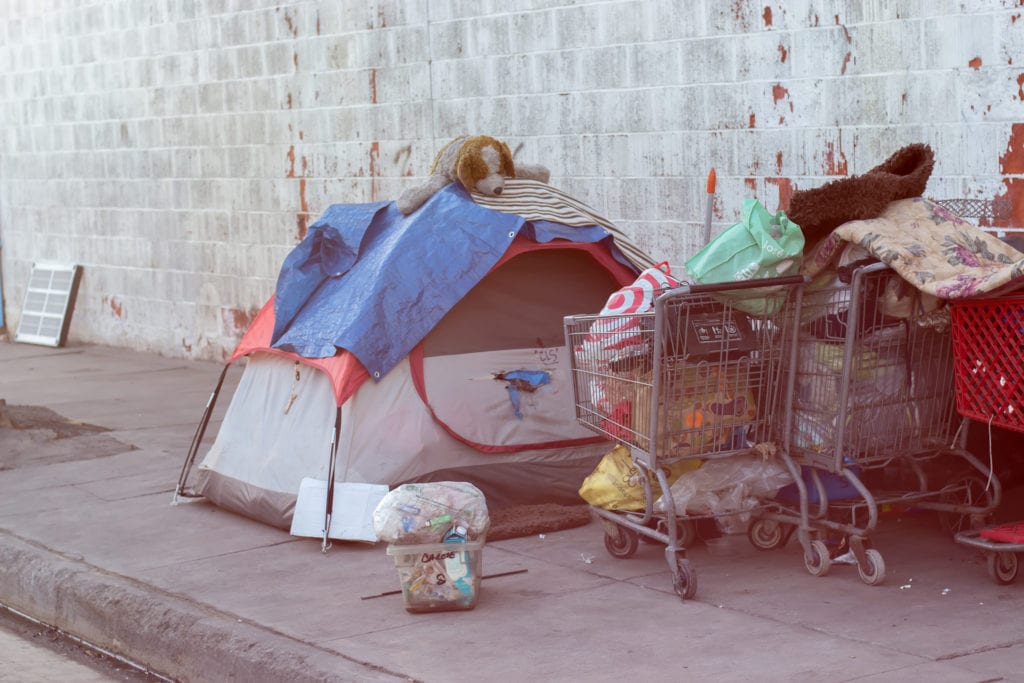 “I’ve been out here 15 years,” Sandoval said. “Not proud of it. In and out of state [prison]. In and out of county [jail]. I’m also a drug addict who is now slowly recovering. But every day is a fight for me. I shouldn’t have to fight for where I live; where I want to lay my head.”

Sandoval said she’s on a list to receive permanent supportive housing, but that she’s been on it for a year. In the meantime, no landlords want her state-provided vouchers for rent — not when there are plenty of other potential tenants with reliable, expendable incomes in one of the country’s least affordable housing markets. “Everybody has to remember they’re one paycheck away from this,” she said. She sleeps outside a courthouse.

It’s no better by the coast.

David Busch said he has been homeless since 1994. “I’ve slept on the street the entire time,” he said. It’s never been this bad, however. “What we have in Venice Beach is a combination of the two deadliest things toward homeless people in America today: Inflated real estate and high tech.” He noted the presence of companies such as Google, Facebook and Snapchat in the former hippie enclave now called “Silicone Beach.” The increased presence of multinational tech giants has allegedly corresponded with increased police harassment of the homeless.

Busch said he was arrested for maintaining a porta-potty — an arrest that was ostensibly made for reasons of a public health crisis. “We know that here in California we have an epidemic of encampments and along with that we have an epidemic of Hepatitis A,” he recounted. Indeed, between March and October 2017, almost 600 Hepatitis A cases were reported, mostly in San Diego. As PBS reported, in a typical year the state sees just 180 cases. In March 2017, Los Angeles County voters approved a ballot measure that was sold as a means to pursue that gentler approach, with a quarter-cent sales-tax hike that would raise over $1 billion in three years to fund services for the homeless, including 10,000 units of affordable housing. But the extent of the problem far exceeds the proposed solutions.

Nearly 58,000 people are homeless in Los Angeles County, according to a 2017 count — a 23 percent increase from the year before. “The reason for the number of people living in encampments and in their vehicles is very simple,” Shayla Myers, an attorney with the Legal Aid Foundation of Los Angeles, testified at the forum. “The City of Los Angeles is 560,000 units short of affordable housing for very low- and extremely low-income households.”

Myers said city officials talk the right talk, while primarily concerning themselves with the wishes of the well-to-do, especially when touting urban renewal that results in gentrification.

According to Myers, instead of treating the presence of thousands sleeping on its streets as an emergency, a city that’s hosting the Olympics in 2028 has “doubled down on its commitment to seizing and destroying people’s property.” The stated reason is cleanliness and disease, but the embraced solution is myopic and cruel, placing “the onus of public health, of alleviating the public health crisis, on unhoused people.”

Farha, who is preparing a report for the UN on informal settlements, shook her head throughout the testimony. After two hours, she’d heard enough.

“People are being annihilated here,” she continued. “I have my work cut out for me.”