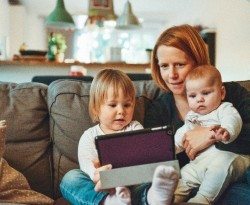 The number of families with children and at least one unemployed parent jumped by 33 percent in recent years, going from 2.4 million to 3.2 million households between 2005 and 2011, the U.S. Census Bureau reported.

The Great Recession – the nation’s worst in decades – caused much of the increase, the Census Bureau said in an Aug. 27 statement, adding that some states, such as Florida, Nevada, Hawaii, Connecticut, New Jersey, California and North Carolina had growth rates higher than the national average.

Those states had a range of 54 percent for North Carolina to 148 percent for Nevada. Florida, for example, had a 93 percent increase in families with at least one unemployed parent and California had a rate of 61 percent, the Census Bureau said, citing its America’s Families and Living Arrangements: 2012 report.

“During the recession, economic well-being worsened for families with children,” Jamie Lewis, a Census Bureau demographer and a report author, said in a statement.

“Home ownership among families declined, while food stamp receipt and parental unemployment increased. Even after the recession officially ended in 2009, these measures remained worse than before it began.”

Households with one unemployed parent during these years had children who were younger than 18 years.

The federal report also notes that the number of homeowners with kids under the age of 18 dropped to 20.8 million between 2005 and 2011. That was a 15 percent decline over this period.

In other findings, the number of same-sex couple households in the country was 605,000 as of 2011. Of that number, there were 321,000 female couples and 284,000 male couples. This total includes married and unmarried couples.

Federal researchers found that the number of people per household dipped from an average of 3.1 to 2.6 between 1970 and last year.