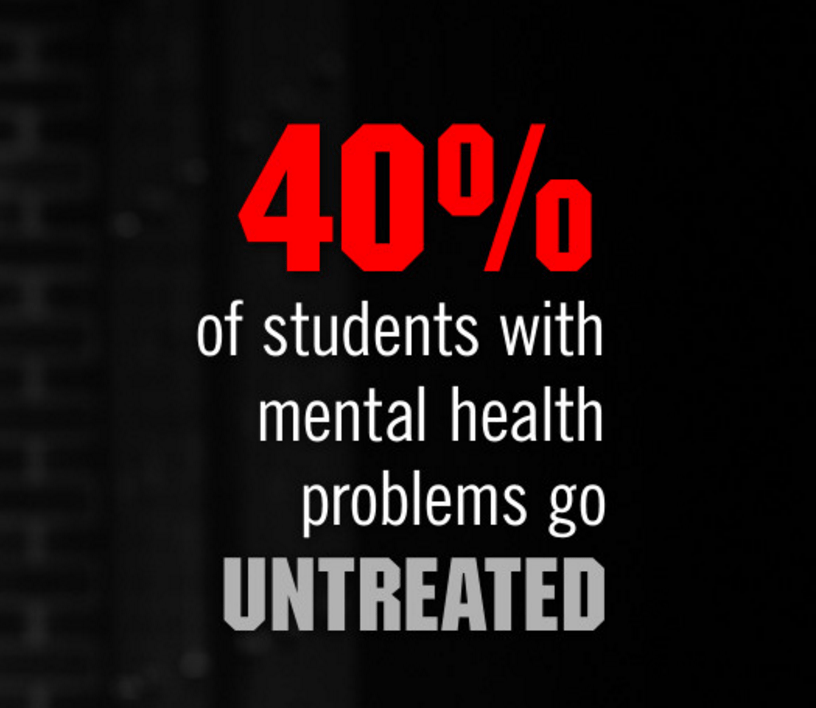 On April 19, 35-year-old Sacramento City College student Rachel Wilson testified before the state Assembly’s higher education committee. A survivor of sexual assault and multiple suicide attempts, she described the lack of mental health support services available to her at school. Wilson was followed by an American River College professor, whose own son had killed himself while studying at a community college. The professor talked about three students who had recently committed suicide at her school, and of the lack of mental health services to help troubled individuals. When faculty members saw someone in crisis, she said, they were instructed to call campus police and have them take the student away.

At many of California’s community colleges mental health services are virtually nonexistent.

Roughly two million Californians attend classes in one or another of the 113 community campuses dotted around the state. Surveys suggest that somewhere in the region of one in four of these students will experience a diagnosable mental health problem at some point, but approximately 40 percent of them won’t seek timely help. And too often, the institutions at which they study won’t be proactive in linking them up with vital services. As a result, they go untreated.

“Uncovered California” is a three-part series of stories and videos examining how the Golden State is trying to fill holes in its health care coverage. Sasha Abramsky’s articles look at working people who are falling through coverage cracks, and at what’s being done to help community college students gain access to mental health services. Debra Varnado reports on efforts to expand the role of nurse practitioners to increase medical services for low-income Californians.

In the wake of the 2007 Virginia Tech shooting, education systems around the country have realized the importance of identifying potentially troubled students and helping them access help before they spiral deeper into crisis. “It’s really important. We have to catch these students, the suicidal students,” says Susan Quinn, director of Student Health Services at Santa Rosa Junior College, and research director at the Health Services Association of California Community Colleges.

Despite this awareness, the mental health services infrastructure of California’s community college system remains haphazard at best; and at many of the colleges it is virtually nonexistent. Santa Rosa Junior College has more resources than most, says Quinn, yet it only has one full-time psychologist, eight half-time student interns, and a handful of counselors paid on an hourly basis, to cater to the needs of nearly 27,000 students. Nearly four out of every 10 community colleges, Quinn continues, don’t have any health services onsite at all.

Twelve years ago, California’s voters passed Proposition 63, imposing an additional one percent tax on million-dollar-plus earners so as to generate a pool of money that could be used to bolster the state’s failing mental health services. Taken as a whole, the initiative has been a roaring success, argue supporters, who include the Steinberg Institute, a Sacramento-based organization dedicated to addressing Californians’ mental health challenges. Founded by ex-Senate President Pro Tem and Sacramento mayor-elect Darrell Steinberg, the institute has found that people who received services such as trauma intervention and assistance from mobile health teams under its auspices were far less likely to require aid from emergency services, to need hospitalization, to end up homeless or to be incarcerated, than were those who didn’t access treatment.

Research shows that community college students are more at risk than UC students.

However, the law hasn’t been universally acclaimed. Conservative fiscal groups, such as the Howard Jarvis Taxpayers Association, have long opposed it because of the increased tax burden it imposes on wealthier Californians. And last year the Little Hoover Commission issued a critical report suggesting that it was impossible to accurately assess the success stories claimed by Proposition 63’s supporters since oversight mechanisms weren’t up to par, and programs were being funded that weren’t demonstrably beneficial in terms of reducing the mental health crises. Other critics have accepted the claims that local programs funded with Proposition 63 dollars are working, but have argued that while many of the law’s programs are good, they haven’t gone far enough, that the measure leaves many vulnerable groups underprotected.

Seven years after Proposition 63’s passage, California’s counties started coordinating early intervention services under the umbrella of the California Mental Health Services Authority. Recognizing that many college students were going untreated for their mental health conditions, the authority, in coordination with the University of California and California State University systems, and community colleges, began surveying tens of thousands of students about their mental health status, and whether or not they were accessing treatment. In a 2015 paper published this year on the website Psychiatric Services, the researchers released their findings. Amongst the most notable was that community college students “remained significantly less likely to receive mental health services compared with their UC and CSU peers.” 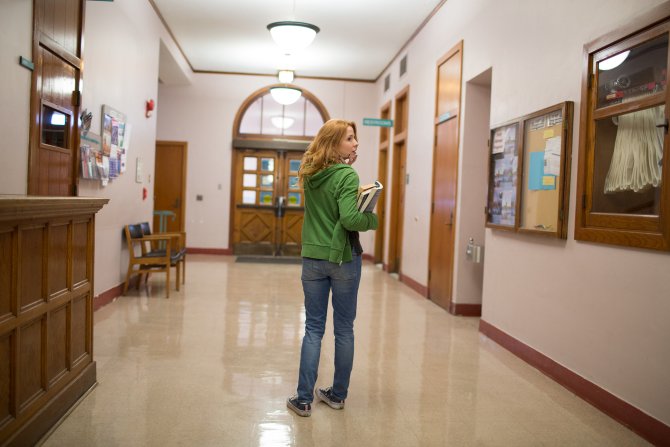 That ought not to have been a surprise. For unlike the UCs and CSUs, which have some discretion over how they spend their dollars, and have thus been able to build up mental health counseling services for their students, funding for the community colleges is rigidly distributed. Health services, which include mental health, are funded via a per-student fee, which not all colleges charge and which is capped at $19 per student per semester, far less than the roughly $300 per semester in health fees charged by the UCs.

For the larger community colleges and districts, this might mean the presence of a handful of nurses and a couple of counselors; although in a few cases, such as the City College of San Francisco (CCSF), it can range up to what Becky Perelli, CCSF’s director of Student Health Services, calls “pretty comprehensive services.” For the smaller colleges, however, it means a void. Gavilan, for example, currently has 6,300 students, but only one nurse. Feather River has 1,789 students, but only $46,321 coming in to spend on health services. Barstow, Taft College and several other schools have zero dollars coming in from student fees that they can put into developing a health care system on campus.

In fact, the Faculty Association of California Community Colleges estimates that only 45 of the 72 districts into which the 113 campuses are divided have any mental health programs onsite. And, even then, says spokesman Austin Webster, oftentimes instructors are told to call the campus police department if one of their students seems to be having a mental health crisis.

What makes this particularly galling, Susan Quinn argues, is that research shows that community college students “are more at risk [than UC students], because they are a more marginalized population, their socio-economic status is less. So we really are in a pickle. There should be established mental health providers with that focus.” At a bare minimum, says outgoing HSACCC president Naomi Forey, each campus should have a health services office, staffed by at least a couple counselors, since 75 percent of serious mental illness develops before people reach the age of 24, and since community colleges cater to such large numbers of young people. There need to be, Quinn says, investments to establish a campus culture “where everyone in the community recognizes and responds to mental health crises. That public health model is shown to be what really works.”

To partially address this gap, Assemblyman Kevin McCarty, who chairs the Assembly Budget Sub-Committee on Education Finance, introduced AB 2017, which, over each of its five years of existence, would use $40 million of the nearly $2 billion that Proposition 63 raises annually, to build up a mental health services infrastructure on campuses. While the grants will be available to all public higher education institutions in the state, between 60 and 70 percent of the dollars will be earmarked for community colleges.

“This will create a shot in the arm for colleges to increase mental health services on campus,” McCarty tells Capital & Main. “This can only make our colleges more healthy, more conscious about mental health.”

Six weeks after Rachel Wilson’s testimony, McCarty’s bill moved over to the Senate. Although AB 2017 has rattled nerves at the County Behavioral Health Directors Association of California, which fears a series of raids on the Proposition 63 pool of cash, and has stirred worries that the counties’ role in distributing and spending the money will be undermined, the association has been unable to slow its march. That’s not least because Darrell Steinberg has thrown his weight behind it. In an internal memo written in early June, CBHDA recognized as much: Steinberg’s influence “with current legislative leaders has been very powerful,” the authors wrote, “leaving CBHDA in a less optimal strategic position to oppose or influence the legislation at the last minute.” 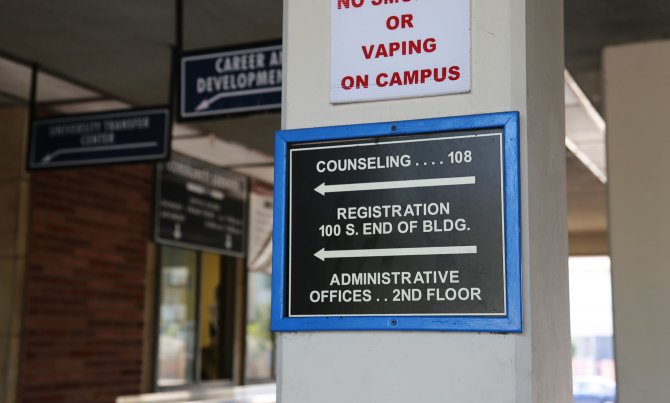 Essentially unopposed in the legislature, AB 2017 will almost certainly be sent to Governor Jerry Brown for his signature before the summer is out. If Brown signs it, a College Mental Health Services Trust Account will be established to disburse $40 million per year. “We’ve received no opposition,” says Anna Hasselblad, the Steinberg Institute’s public policy director. “Student associations are in line with us all the way, the Faculty Association is a co-sponsor, the California Community Colleges’ League is a co-sponsor.” And, she says, perhaps most important for the bill’s prospects of success, it has had “bipartisan support throughout.”

Assuming it becomes law, as of early next year colleges will have to apply for grants out of this fund, and there will be some matching fund requirements – to ensure that the colleges have some skin in the game themselves, so that they can keep their mental health services operational once the five-year life of the fund runs its course.

“The proposal to increase funding for student mental health services is one of our top priorities,” explains Hasselblad. “There’s the greatest need at the community colleges. They have the largest number of students enrolled. ”

Late last year, the RAND Corporation issued a report, Payoffs for California College Students and Taxpayers from Investing in Student Mental Health, on the impact of Proposition 63 spending. It concluded that every dollar invested in mental health services for community college students leads to more than an $11 return, in terms of improved graduation rates and higher wages.

If McCarty’s bill passes, says CCSF’s Becky Perelli, “it will mean there will be funds to build some infrastructure in institutions, staffing, and technology, to provide resources to people around mental health. Licensed people who can really work to help identify students in need.”

Will it meet all the mental health challenges on campus? By no means. After all, with more than two million students at community colleges, $40 million annually can only go so far. But it’s a start. It will allow desperately under-resourced colleges to begin investing in their mental health infrastructures. And, for the tens of thousands of college students who currently do not have their mental health needs adequately met, that can only be a good thing.