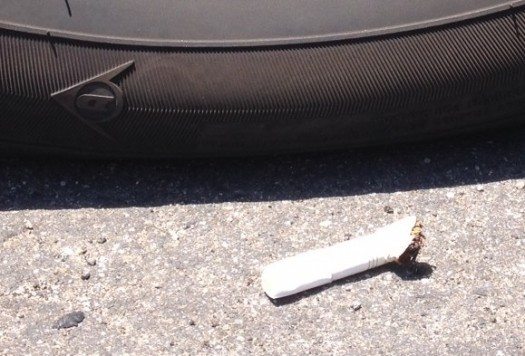 At the flat top grill, he was all business,
flung raw eggs dead center into the corned beef
hash like a strapping southpaw.

In the alley, with me, he was all ideas.
Said he’d be leaving soon, had a shot back east—
a tryout for the big leagues.

Said his sister would loan him a Buick convertible,
and he’d fill it with malt beer and tuna.
All he needed was a woman to hold

his cat while he drove.
I like animals, I told him.  Then I dropped
my cigarette into the dusty clay,

ground it out, slow,
felt the road under my foot.

Cece Peri’s poems have appeared in journals and magazines, including Luvina: Writers of Los Angeles Issue (University of Guadalajara), Gift of Words: Poems for the Iraqi People, Malpais Review, Speechless the Magazine, and NoirCon 2010 & 2012 (Busted Flush Press).  Born and raised in New York City, she has lived in and around Los Angeles since 2003.

Marlon Brando: The Actor as Activist