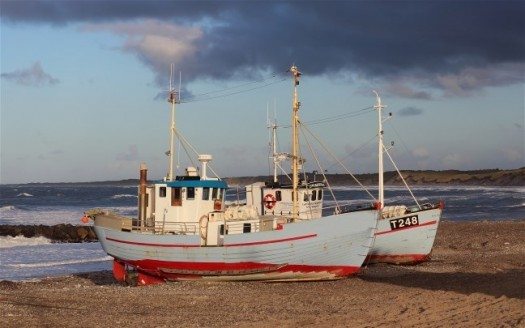 The conventional wisdom of capitalism is encapsulated in the phrase “trickle down.” This means the money that some very rich people have accumulated gets invested in ways that create jobs, and the money dribbles down the social pyramid, first to administrators, then white collar managers and bureaucrats, then to the assembly line or shop floor workers, then to the janitors. General Motors used to be the quintessential capitalist corporation. “What was good for General Motors,” it was believed during the Eisenhower years, “was good for the country.”

Then in the 1980s, an economist from USC sold Ronald Reagan on a re-constructed version of this model. He called it “supply side economics.” This notion claims that the more goods are available for people to buy, the more money will concentrate in the upper reaches of the rich, and somehow, this is good for the country. The Walton family heirs to the Walmart fortune are a good example of this business model. John F. Kennedy had been fond of saying, “A rising tide lifts all boats,” but after Reagan became president, cartoonists mocked this as, “A rising tide lifts all yachts.” I call it “trickle up,” because the money flows to the top of the pyramid and in the process leaves less behind for everyone below — most notably today for the middle class.

Is there an alternative to these two scenarios?

There is and it is not a radical notion — it has been around for decades as part of capitalism’s basic theory. I call it “trickle around.”

This notion argues that money in a community has a multiplier effect in the course of its life cycle. The more money circulates in a given community, the more bases it touches and the healthier the economy of that community will be. It works something like this: Al gets his paycheck and, to fix his roof, hires Bob, who buys his nails from Dorothy’s Hardware Store, and Dorothy takes her family to Luigi’s for pizza, then Luigi pays Stan’s Scavenger Service to take away the trash…and finally Stan hires Al’s daughter Cookie to keep the books.

This model – taken directly from an Asset Based Community Development PowerPoint slide that I have used on many occasions to illustrate this concept – demonstrates the multiplier effect’s impact on a community’s economy. The more a dollar turns over in a neighborhood, the financially healthier that neighborhood is likely to be. The rule of thumb is that the buck must circulate a minimum of half a dozen times. When the money doesn’t, the community is left poorer.

Notice that in this example, all these exchanges are local – community residents and small businesses owned by people in the neighborhood. That’s why I call it “trickle around.”

The problem for today’s poor communities comes because the dollars turn over so few times. When the renter pays the landlord and if the owner actually lives in the area, that’s one positive exchange. But if the owner lives outside the neighborhood or, worse, is a corporation based halfway across the country, then when the rent is paid the money leaves the neighborhood. Likewise, if the landlord lives in the community and spends a portion of the money in a locally owned business, that’s a second transaction and the money multiplies value in that area. Unfortunately, if the owner spends it in a national chain store, the money likely won’t stay in the neighborhood even overnight. Instead, it gets wired to headquarters in a city far, far away – and the community never sees it again.

No turnover, no multiplier; no multiplier, no financial health. A century ago, Trickle Down tended to be local except for big company transactions. Even then, it usually stayed in a locally owned bank for a few days. Trickle Up was never local. And now we are seeing the results – in small towns and urban regions like South Los Angeles – because the money never stops enough places on its way to the top.

How Is Paul Ryan a ‘Moderate’?