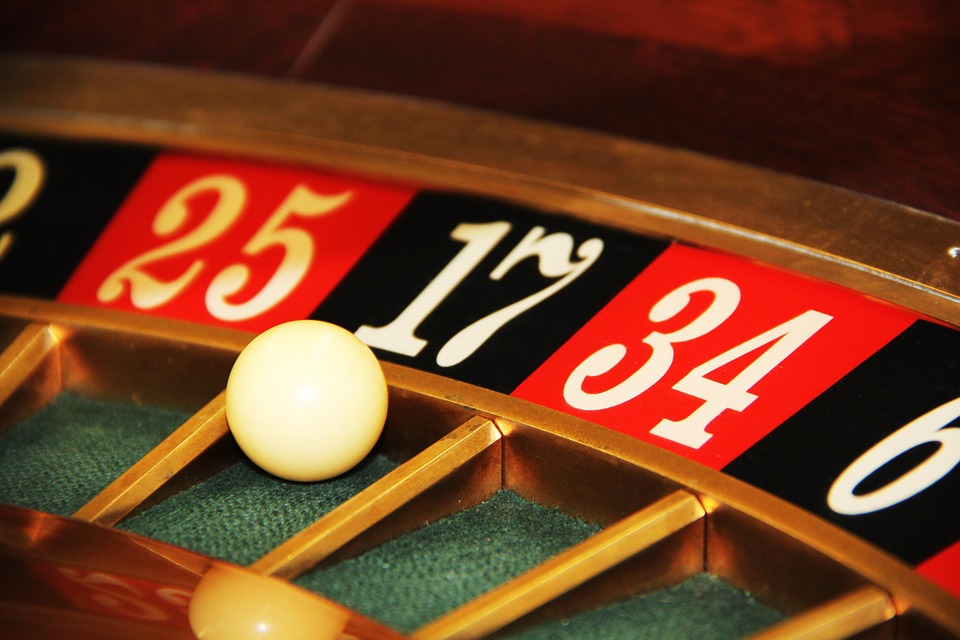 As the country’s economy slowly opens back up while COVID-19 cases and deaths continue to rise, tribal gaming finds itself caught in a bind: restoring an economic pillar many tribal nations rely on or shutting down operations and losing out on that funding.

Making the choice more vexing is the knowledge that the pandemic has had a disproportionate impact on Native Americans and that casinos can serve as super-spreaders of COVID-19. Ultimately, federally recognized tribes are sovereign nations, meaning it’s their decision to make on whether to open or close their doors.

One of those that struggled with this choice was the Coeur d’Alene Tribe, located in western Idaho near the border with Washington. Heather Keen—the director of strategic development for Marimn Health, a health care and wellness center run by the tribe—said the tribe made the decision to reopen when no COVID-19 cases arose between the time the casino closed on March 20 and when it reopened on May 1.

Casinos can serve as super-spreaders of COVID-19,
as Las Vegas has shown.

“Revenues from the casino provide funding for critical services on the reservation such as law enforcement, social services, public works, public infrastructure and essential tribal government operations,” said Keen. “To leave the casino closed for any longer than absolutely necessary would ultimately jeopardize the long-term health and safety of our community even more than the spread of COVID-19.”

Casinos can serve as super-spreaders of COVID-19, the Las Vegas example shows. Amandine Gamble, a postdoctoral researcher at the University of California, Los Angeles, and co-author of a study of the persistence of the virus on different surface types, said this is due to the indoor environment; sharing touching of objects like tokens, cards and slot machines; and the fact that employees interact with myriad people daily.

In June in Arizona, an employee of the Gila River Casino Lone Butte owned by the Gila River Indian Community died of the coronavirus. At the Coyote Valley Casino in Northern California, management did not initially disclose that one of its employees had contracted the virus, leading employees to speak out on social media. At the Thunder Valley Casino Resort just north of Sacramento, employees told an ABC affiliate that proper social distancing protocols and safety measures were not being followed, something casino management denied. And a reporter from the publication The South Florida Sun-Sentinel documented similar behavior of the “young and the reckless” patrons at the Seminole Tribe-owned Hard Rock Casino in Hollywood, Fla., in a July 25 article. A tribal casino in North Carolina also had five positive COVID-19 cases, while an Oklahoma tribal casino also had an employee test positive for the virus.

This dual public health and economic crisis has driven Native American leaders to ponder diversifying tribal economies and their call for a boost in federal support. In short, it is not just a calculation of public health versus economic well-being. It’s also a question of what the future holds.

Casinos are central to tribal economic planning, but come with a catch: only a handful of them truly sustain those economies.

“Just as the federal government has a sacred responsibility to American Indians and Alaska Natives, so too do our tribal governments,” Gary Davis, an enrolled member of the Cherokee Nation of Oklahoma and executive director of the Native American Financial Services Association wrote in an April USA Today op-ed. “It is our leaders’ responsibility to develop a modern, diversified portfolio of business that insulates our tribal economies from future risks like pandemics.”

Davis concluded that “gaming is not a magic pill” for tribal economic development.

The history of modern tribal casinos began with the signing of the 1988 Indian Gaming Regulatory Act, allowing sovereign tribal nations to enter into compacts with states to create gaming revenue. And due to a long history of federal underinvestment in Indian Country, casino-centric economies became a staple of tribal nations.

“Tribal casinos grew out of, quite frankly, desperation of tribal leaders trying to figure out how they could effectively build a tribal community economy,” said Kathryn Rand, co-director of the Institute for the Study of Tribal Gaming Law and Policy and former dean of the University of North Dakota School of Law. “So, in the 1970s and 1980s, tribes started experimenting with high-stakes bingo. It had a low startup cost and people loved it.”

Today loss of these revenue streams is already having a devastating impact on tribal life. The Wisconsin State Journal reported that 241 federally recognized tribes could lose $22.4 billion in revenue from closed casinos this year. In 2019, tribes created $35 billion in casino-based revenue.

So, casinos are central to tribal economic planning, but it comes with a catch: only a handful of them truly sustain those economies. They tend to be close to urban centers, with more customers and a more regular customer base. As of 2018, according to the National Indian Gaming Commission, 19 percent of tribal casinos accounted for 75 percent of Indian gaming revenue.

San Diego County’s 10 tribal casinos were the first to reopen statewide in May, despite initial opposition from Gov. Newsom.

For those tribal casinos closer to urban cores, gaming creates “a big nexus” for generating jobs and business partnerships extending beyond the tribes, said Steven Light, the co-director with Rand at the Institute for the Study of Tribal Gaming Law and Policy.

An example of that “nexus” can be found in San Diego County, home of 10 tribal casinos. The casinos were the first to reopen statewide in May, despite initial opposition from Gov. Gavin Newsom. Non-tribal casinos are still ordered closed, which has irked the state’s gaming trade association.

But a rural counter-example is the Standing Rock Sioux Tribe, which had a $4 million budgetary shortfall, as of June 25, mainly due to lost casino revenue during the time period for which its casinos were closed between March 24 and May 15. In better economic times, those funds would normally go to essential services like cancer treatment, veterans’ cemetery maintenance, child services, elder care and more, said Standing Rock Sioux council member Avis Little Eagle. The tribe received $21 million under the CARES Act and $6 million of it will be spent on emergency food, water and propane deliveries, as well as medical emergency response and strike teams. 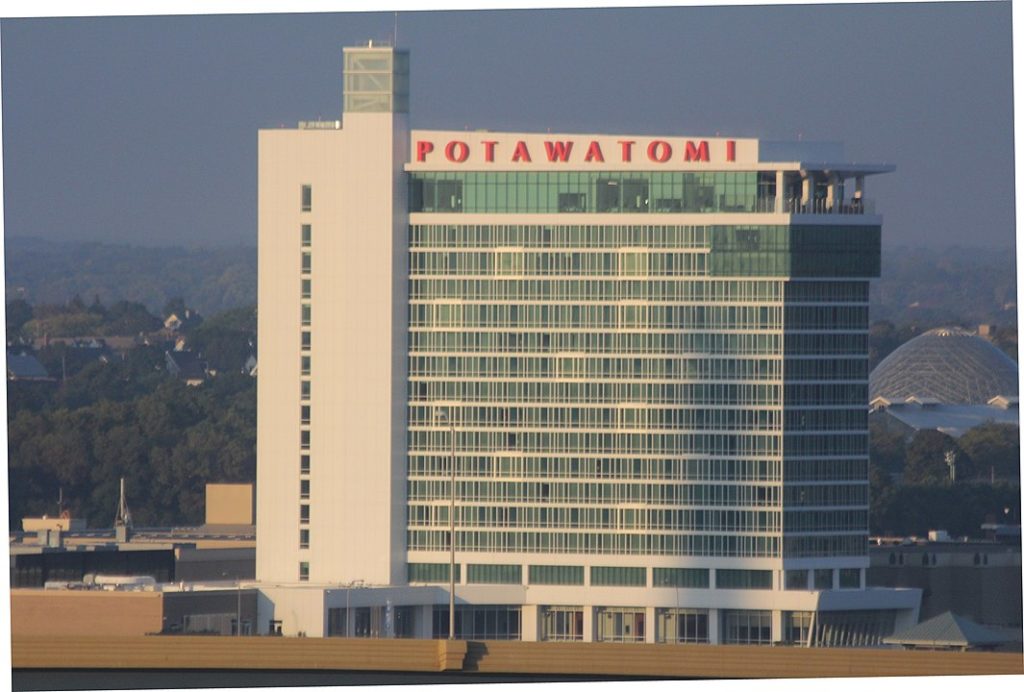 But federal dollars do not fill the void of the casino being closed for nearly two months.

The Standing Rock reservation had a poverty rate of 43.2 percent and unemployment rate of 79 percent—as of 2018, before COVID-19. At large, Native Americans had a poverty rate of over 25 percent, over twice the national rate during the same time. This dire reality has forced the tribal government’s hand in keeping its casinos open, despite public health concerns.

In May the Standing Rock Elders Preservation Council sued two casinos and the tribe’s governmental leadership.

Little Eagle, who has served on the tribal council since 2011, knows this precarious situation well.

Also the publisher of the Teton Times, an independent Native American newspaper, Little Eagle had initially spoken in opposition to reopening the tribe’s two casinos. She was not alone in those concerns. On May 29, the Standing Rock Elders Preservation Council and two other plaintiffs brought a civil lawsuit against the two casinos and the tribe’s governmental leadership. The complaint argues that “re-opening the casinos will bring irreparable and immeasurable harm and death to” tribal members.

As of August 21, the tribe reports 169 positive cases and four deaths on the reservation with just over 8,200 enrolled members. None of those cases have been traced back to the casino, however. Little Eagle praised the partnership forged between the tribe and state government to do mass COVID-19 testing and the safety precautions taken by the tribe’s casinos in keeping case numbers low.

“In hindsight now, when I see that nobody caught it because workers are bringing it home, that was my biggest fear,” she said. “We’re still watching it, but everything is working out. Now they’ve got the guidelines and the protocols. If something happens, they know exactly what they’re going to do.”

While Standing Rock has kept its casinos open, the Navajo Nation has kept its four casinos closed since March 17. Located in the Four Corners area, with land in Utah, Arizona and New Mexico, the reservation has more than 173,000 residents. In June, the Navajo Nation had one of the highest per capita COVID-19 infection rates in the United States and more deaths than 15 different states. Case numbers are now in decline after months of an imposed and recently lifted “stay at home” order.

Brian Parrish, Navajo Nation Gaming Enterprise interim CEO, said the tribe has made efforts to diversify its economy. That includes maintaining its own electricity utility, funds from oil and gas extraction, and agricultural production.

The nation also received $714.1 million under the CARES Act, or 8.9 percent of the entire law’s budget allotted to tribal nations. Still, casino revenue makes up 70 percent of the Navajo Nation’s purse, according to Parrish. So, with its casinos still shuttered nearly a half year into the pandemic, the tribe laid off 1,180 casino workers in late July, ending its paid leave policy. The casinos, among the first of the tribal nations to close on March 17, will remain closed until at least August 31. On August 17, after pleas from the tribe’s gaming unit, the Navajo Nation Council voted to authorize $24.6 million in emergency funding to put the casinos’ workforces back on paid leave. Navajo Nation has a 38 percent poverty rate, according to the 2010 U.S. Census.

Navajo Nation Gaming Enterprise isn’t the only major constellation of casinos that has undergone major layoffs. On July 17, the Potawatomi Hotel & Casino in Milwaukee owned by the Forest County Potawatomi Community announced 1,600 furloughed employees. And on August 17, the Seneca Gaming Corporation announced 150 layoffs at its three casino properties in New York.

The current crisis is forcing a broader reckoning among Native American leaders about a need to hold the federal government accountable for treaty obligations.

“Although tribes’ economic development efforts are designed to foster nation-building and self-determination in the advancement of tribal sovereignty, our businesses are meant to complement not supplant the funds owed to us by our treaties and compacts with the federal government,” Davis of the Native American Financial Services Association wrote in his USA Today op-ed.

Former U.S. Sen. Ben Nighthorse Campbell and others are advocating for at least $25 billion to go to tribes
in a next COVID-19 stimulus package.

To that end, former U.S. Sen. Ben Nighthorse Campbell (R-Colo.) and Ernie Stevens, Jr., chairman of the National Indian Gaming Association, are advocating for at least $25 billion to go to tribes in a next COVID-19 stimulus package.

“The American economy is in dangerous territory, with a 33 percent drop in the GDP during the second quarter,” they wrote in an August 25 op-ed published in Indian Country Today. “Indian nations face catastrophic economic losses, and without additional support, many tribal businesses will never recover.”

Until or if that happens, though, the Navajo Nation has made the tough call of staying closed for public health purposes.

“We do not want to lose our team members—it goes against everything we stand for. Our mission is to enhance the quality of life of the Navajo people through a successful gaming economy,” Parrish said in an August 17 press release. “We have been challenged with this pandemic, but remain hopeful that we will reopen soon and re-stabilize our Navajo Gaming family.”

Related Topics:coronavirusFeaturedNative Americans
Up Next

Did Barbara Ferrer Fail to Protect L.A.’s Most Vulnerable from COVID?