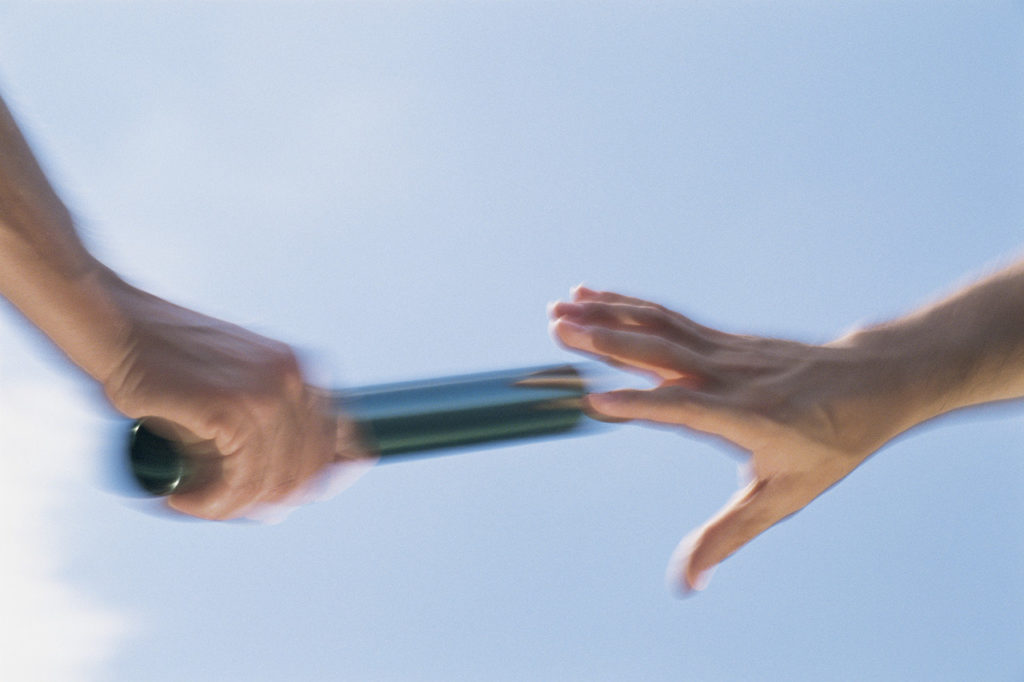 (The following post is an abbreviated version of a longer feature that appears behind a subscription wall on The Nation‘s site. The full post can be read here with the author’s permission.)

There’s nothing all that remarkable about Rustin High School in West Chester, Pennsylvania—except that it is named for a gay black man who was a pacifist and a socialist. Even more amazing is that it was a Republican-dominated school board, in a conservative district that’s 89 percent white, that voted in 2002 to name the new school after Bayard Rustin, who grew up in West Chester.

Rustin helped catalyze the civil rights movement with courageous acts of resistance. In 1947 he led the first Freedom Rides and wound up serving 30 days on a chain gang, one of many times he was arrested for civil disobedience. He was the chief behind-the-scenes organizer of the 1963 March on Washington. During his activist heyday, when Rustin was much better known to the FBI than to the general public, it would have been impossible to imagine his name adorning a public high school. At Rustin High, where a huge photo of him adorns one wall, teachers incorporate aspects of his life into their classes. Phyllis Simmons, the principal, insists, “Our students know who Bayard Rustin is.”

Liberals and progressives need to celebrate leaders who challenge the powerful and mobilize the masses. Thanks to these movements, America is a more humane, inclusive and democratic society than it was at the start of the twentieth century. But it is not a tale of steady progress. At best it is a chronicle of two steps forward, one step back. The struggle for women’s suffrage, for example, started at Seneca Falls in 1848, but women didn’t win the vote until 1920. Victor Berger, Milwaukee’s Socialist Congressman, introduced the first bill for old-age insurance in 1911, but it took another 24 years for Congress to pass the Social Security Act. Which of today’s young activists will help change the country so profoundly that future generations will honor them? Here are some candidates:

§ Two years ago, when leaders of the immigrant rights movement met with President Obama in the White House, Angelica Salas challenged the president’s claim that his administration was focusing on deporting criminals and other security threats. “No, Mr. President, that’s not what’s happening,” Salas countered. “You’re deporting heads of households, mothers and fathers. Young people are sitting in detention centers when they should be sitting in the best universities in the country.”

Salas, the 41-year-old executive director of the Coalition for Humane Immigrant Rights of Los Angeles (CHIRLA), views her job as “telling stories”—giving voice to the immigrants whose lives are often ignored or misreported. She sees her own story in those lives; she was smuggled into the country at age 5 by her 14-year-old aunt. They were caught and sent back to Mexico, but they made it across the border on a second try. The family was torn apart again when federal officials raided the sweatshop where her mother worked and deported her. They were eventually reunited in Los Angeles, where Salas grew up. She joined CHIRLA after college and became director in 1999. Salas and CHIRLA have established day-laborer job centers, registered more than 75,000 new immigrant voters and led the fight for in-state tuition for undocumented students. Much of CHIRLA’s work involves what Salas calls “handing the baton”— recruiting and training the next generation of activists.

§ Phaedra Ellis-Lamkins remembers when her mother, a single mom who was occasionally on welfare and fed her two daughters with food stamps, got a union job that lifted her family out of poverty. “When you leave that reality of poverty, it is one of the most joyous feelings in the world,” she recalled. That experience led Ellis-Lamkins to join the labor movement, which she argues “has been the most effective anti-poverty program in American history.”

After graduating from college in 1998, Ellis-Lamkins interned at the Service Employees International Union (SEIU), organizing homecare and other low-wage employees. She soon joined the staff of the San Jose–based South Bay Labor Council, which boasts 90 unions and more than 100,000 members, and by 2003, at 26, had become its head. Through the council and Working Partnerships (a nonprofit labor–community coalition Ellis-Lamkins also directed), she worked to make sure the area’s dot-com prosperity was widely shared, earning the nickname “the Robin Hood of Silicon Valley.” She led a successful campaign for a local living-wage law, helped elect local progressives and pushed officials to include “community benefit agreements” as part of development projects.

In 2009 Ellis-Lamkins became head of Green for All, a group that brings unions and environmentalists together to push for anti-poverty measures and a clean-energy economy. Drawing on her close working relationships with the Obama White House and the heads of the EPA and the Labor Department, Ellis-Lamkins, now 36, helped lead the fight to include $500 million for green-job training as part of Obama’s 2009 stimulus package. Under her leadership, Green for All has helped several states and cities implement green jobs and energy-efficiency programs. Ellis-Lamkins, an African-American, acknowledges the difficulties of building bridges between unions, community groups, civil rights activists and environmentalists. “Getting people to care about what happens to the planet when they are worried about dinner tonight is one of the greatest challenges we face,” she explained.

§ In Los Angeles Paty Castellanos has been leading an unlikely coalition of the Teamsters, the Sierra Club, the Natural Resources Defense Council, and local public health and community groups to clean up the country’s largest and filthiest port area. Ships and trucks spew toxic pollutants that result in high cancer and asthma rates, particularly in nearby communities and among the port’s more than 10,000 truck drivers. Every year port-related pollution in Greater L.A. causes 1,200 deaths.

“We realized that issues affecting workers and communities are inextricably linked,” explained Castellanos, 42, the daughter of Mexican immigrant factory workers. A community organizer since 1995, she works for the Los Angeles Alliance for a New Economy, which helped bring the coalition together. After a two-year campaign, the coalition persuaded the mayor-appointed Harbor Commission to adopt the Clean Trucks program, which has reduced toxic emissions by 80 percent. The campaign, which has improved conditions for drivers, has sparked similar efforts in other ports across the country.

Proposition 32 Group Was Behind Citizens United

High-Speed Rail Is No Mirage