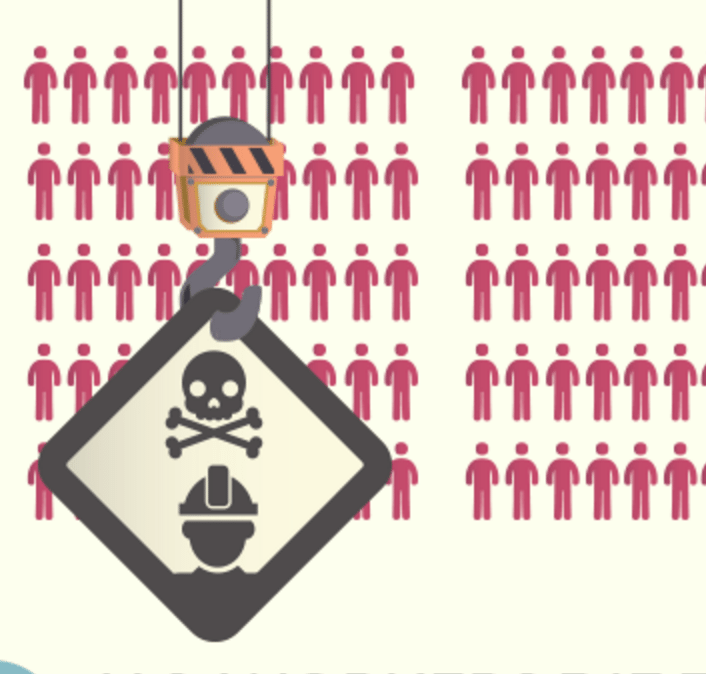 April 28 will be a noteworthy day for workers in the U.S. and abroad. International Workers’ Memorial Day (WMD) was established in 1970 – the year Congress passed the Occupational Safety and Health Act (OSHA) – to honor wage-earners who were injured or lost their lives due to unsafe job conditions.

WMD is a time to redouble efforts to make current and future workplaces safer, Jora Trang, managing attorney at Oakland-based Worksafe, Inc., told Capital & Main by phone. Golden State workers have averaged one fatality a day over the past five years due to unsafe labor conditions, she said, citing a recently released Worksafe report, “Dying At Work in California.”

Day laborers, who are often Latino, face an outsized threat of being hurt or killed on the job.

This report “only notes actual confirmed workplace deaths,” Trang said. “It usually takes two to three years to compile all of this information because of delays in reporting and investigation.”

In Oakland, Worksafe is joining forces with Centro Legal de la Raza and the Street Level Health Project for a Friday WMD event called “Reclaim Labor! Reclaim Lives!” Speakers will read the names of 12 Californians who died on the job last year—one for each month. Later that evening and across the bay in San Francisco, that city’s memorial-event speakers will include Daniel Berman, author of the classic 1978 book, Death on the Job.

Some wage-earners face an outsized threat of being hurt or killed at work. Workers in California’s Latino-dominant industries, especially day laborers and temporary employees, are disproportionately at-risk, according to Trang. “Many of these workers are in high-hazard sectors such as construction and transportation,” she said.

One particularly damaging workplace condition is exposure to high noise levels that cause hearing loss. This occupational hazard, permanent and preventable, was “the most common U.S. work-related illness” from 2003 to 2012, according to a federal Centers for Disease Control report released April 22. On a positive note, one recent OSHA ruling will improve workers’ protection from harmful silica dust present in sand and rocks, and released when workers blast, clean and cut materials with silica, such as brick, concrete and tile. Two million men and women who labor in the construction industry will now breathe less of this carcinogen.

“This is a wake-up call to take control of the workplace situation,” Jessica E. Martinez, the Los Angeles-based acting executive director for the National Council for Occupational Safety and Health, a 20-group federation, told Capital & Main by phone. “We need more worker-involved safety programs and resources for OSHA enforcement.”

Related Topics:Workers' Memorial Day
Up Next

Climate Change Is Not a Private Interest