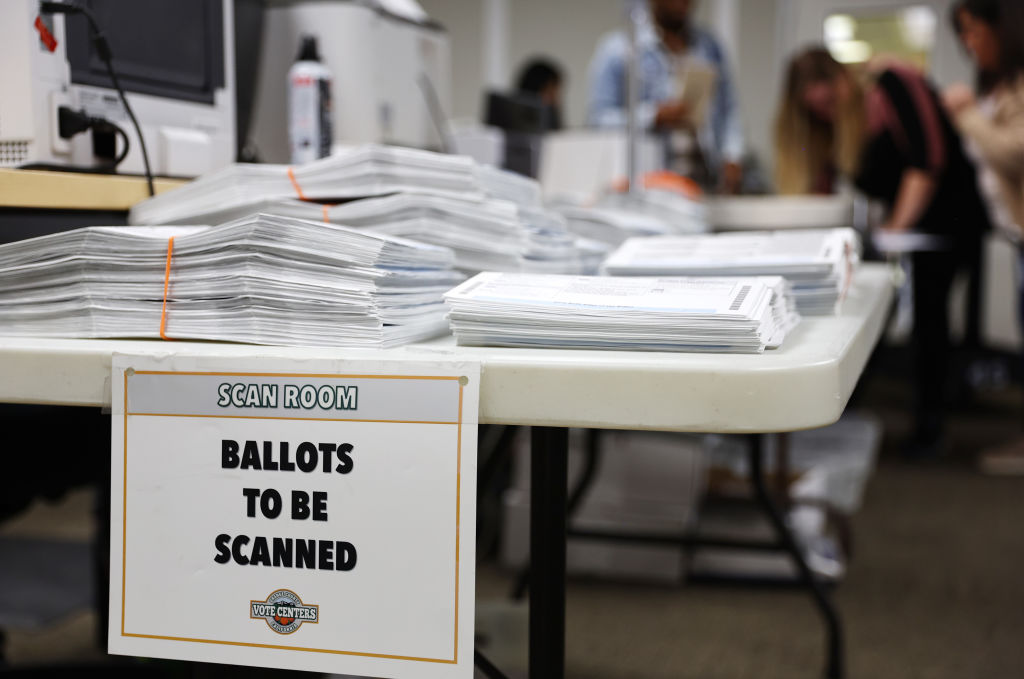 While California Gov. Gavin Newsom was easily reelected on Nov. 8, heartening environmentalists who want him to continue to push through his aggressive climate agenda, the rest of the state’s midterm election results were mixed.

California’s oil and gas industry poured millions into several legislative races, some of which were always going to be competitive. Many have come down to the wire, with candidates neck-and-neck in the polls and no clear winner yet. In some of the races, it could take weeks to determine the winner. Meanwhile, the only climate-related ballot measure — Prop. 30, which would have taxed the wealthy to pay for electric vehicles and charging infrastructure — did not pass. The measure, which was funded by Lyft, was strongly opposed by Newsom.

As vote-by-mail and other ballots continue to be counted, here’s where things stand in some of the state races where Big Oil spent big. All of the races pit two legislative newcomers against each other.

In California Senate District 8, which includes a portion of Sacramento County, the city’s Vice Mayor Angelique Ashby held a narrow lead over fellow Democrat Dave Jones. Capital & Main previously reported that a PAC representing oil refinery owners in the state plowed $1.6 million into her campaign in the last few weeks — the largest single amount from the industry for any state candidate since at least the spring. It’s not clear how her election might shape climate policy or regulations on the oil and gas industry if she’s elected. At publication time, Ashby held a lead of 34,749 compared to Jones’ 32,111.

Refinery owners such as Chevron, Valero and Marathon bought about $1 million’s worth of ads for Stephanie Nguyen in her race against Eric Guerra for the 10th Assembly District seat representing parts of Sacramento. Nguyen had a comfortable lead at 20,297 against Guerra’s 14,728 as of Thursday morning.

In another nail-biter, the state Senate race in District 38 to represent parts of Orange County, Encinitas mayor and Democrat Catherine Blakespear was just barely ahead of Republican Matthew Gunderson. The oil and gas PAC spent upwards of a million on pro-Gunderson ads and consulting, and an equal amount for opposition materials against Blakespear, who’s made taxing excess industry profits from high gasoline prices and a statewide transition to renewable energy key planks of her campaign. At publication time she held a 108,548 to 107,3580 lead over Gunderson, though determining a final winner could, again, take weeks.

A race in California oil country — the state’s “most fiercely contested political turf” this election, according to CalMatters — might show the limits of industry spending in competitive elections. It spent hundreds of thousands here in the final days before the election, but at publication time, Jasmeet Bains held a large lead over fellow Democrat and Kern County Supervisor Leticia Perez. But it may not be so bad for the industry. In public statements, both Bains and Perez have spoken favorably about oil and gas producers, which are the county’s biggest tax payers and among its main employers.

Republican candidate Juan Alanis, another beneficiary of oil money, who’s running for Assembly District 22 to represent parts of Stanislaus County and Merced County, held a comfortable lead over Democrat Jessica Self. But in a very tight race for Assembly District 27 to represent part of nearby Fresno County, oil candidate Esmerelda Soira barely maintained a lead over Republican Mark Pazin.

Further south in Los Angeles, the industry has also sent funds through at least one PAC to elect Daniel Hertzberg, a self-described progressive and son of an outgoing senator, for Senate District 20. But Hertzberg appeared to be faltering against challenger Caroline Menjivar, also a progressive, whose campaign website describes her support for transitioning to a clean energy economy.

Texas Votes for the Status Quo, Delivering Big Wins for Oil and Gas