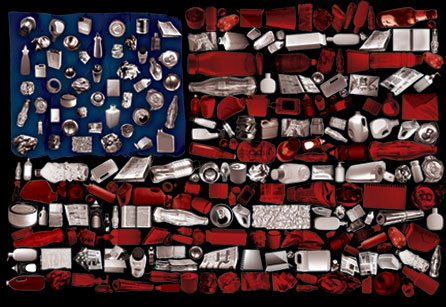 Recycling may be all the rage these days, but here in L.A. and across the country vast amounts of recyclable goods end up in landfills every year.

Turns out we’re throwing away a lot more than bottles, cans and newspapers. Here’s why: recycling equals jobs.

The recent report More Jobs, Less Pollution: Growing the Recycling Economy in the U.S., commissioned by the national Blue Green Alliance and prepared by the Boston-based Tellus Institute, builds a compelling case for thinking twice before throwing that old carpet into the trash. According to the report, increasing the national diversion and recycling rate to 75 percent by 2030 would create over 2.3 million new jobs.

Reuse and recycling — from collection to processing and manufacturing — is much more labor intensive than landfilling and incineration. Take all of those aluminum cans you redeemed this year, for example. Throwing them in the trash would translate into one job at a landfill or incinerator for every 10,000 tons. Recycling or reusing those same cans or aluminum products  would create as many as 20 jobs in processing, 176 jobs in manufacturing or 200 jobs in reuse/remanufacturing.

This approach, called the “Green Economy Scenario,” not only leads to more jobs, but also will contribute to a cleaner and healthier environment. In fact, according to the report, if we can reach 75 percent diversion across the nation, it will be equivalent to shutting down about 72 coal power plants or taking 50 million cars off the roads.

So we have a choice: we can burn and bury our jobs or we can grow the local economy and significantly improve the environment and our health by passing zero-waste policies. The choice seems pretty clear to me.

On the Trail of Trash: Tracking Our Disposable Society