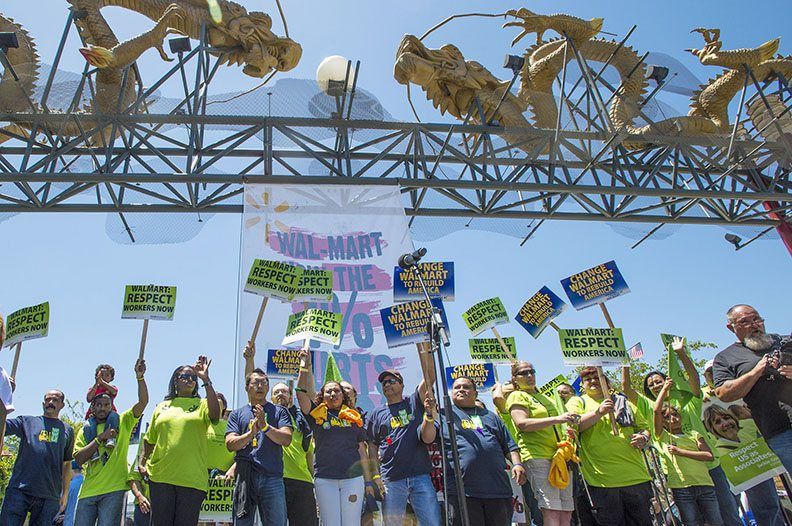 Last Saturday, thousands of people made history in Chinatown at the largest Walmart protest ever held. Spurred by Walmart’s attempt to build its first L.A. grocery store in Chinatown, the crowd, many wielding handmade protest signs, marched from Los Angeles State Historic Park (the Cornfield) through one of L.A.’s oldest neighborhoods.

They came to fight what Walmart’s presence in this community, and others across Los Angeles, would bring: low-wage jobs, the destruction of local businesses and the spirit-crushing replacement of local character with chain store sameness.

At the main rally, underneath the iconic dragon gates on Broadway and Cesar Chavez Avenue, participants listened to a lineup of speakers and entertainers, the latter including Grammy winners Tom Morello and Ben Harper. Among the most compelling were current Walmart workers scraping by on poverty wages and reliance on government assistance, and community leaders concerned about the destruction of their cultural heritage Walmart would cause.

“Chinatown is not the first community to fight to keep Walmart out—and unless the company changes, we won’t be the last,” said King Cheung, a Chinatown resident and member of the Chinatown Community for Equitable Development.